It seemed that everyone had the same idea when we visited il Forno Trattoria in Horsforth: have a meal out on the night before the Lockdown kicks in. 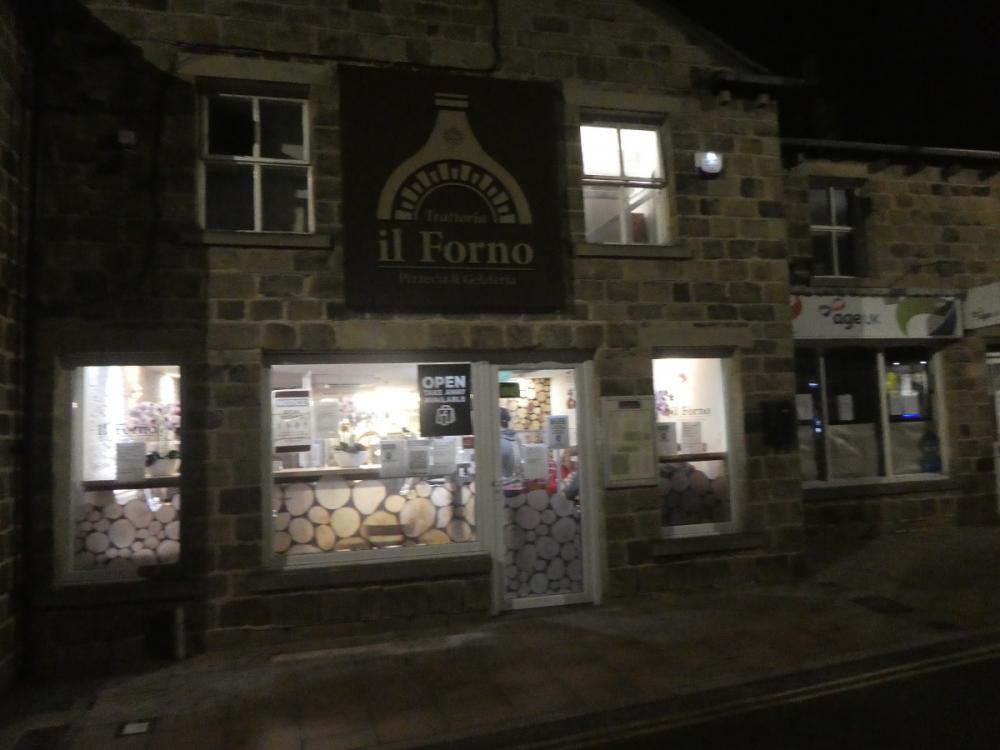 il Forno is a cosy, warm and welcoming place. Family run, it has a reputation for making the best pizzas in Leeds. That’s a big reputation to live up to, nearly as big as the 20” pizzas they serve.

Upon entering the restaurant our temperatures were taken, there was a foot pump sanitizer and each table was screened off from the others, and it felt as safe as you could be with the safety measures they have implemented. Track and Trace QR codes were visible everywhere. 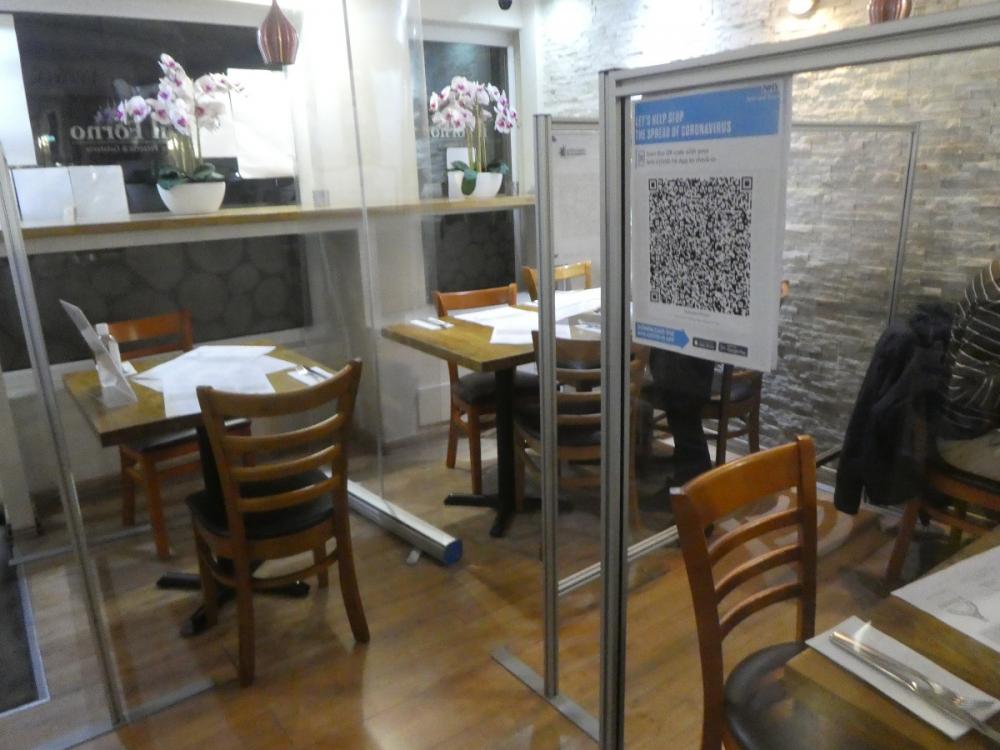 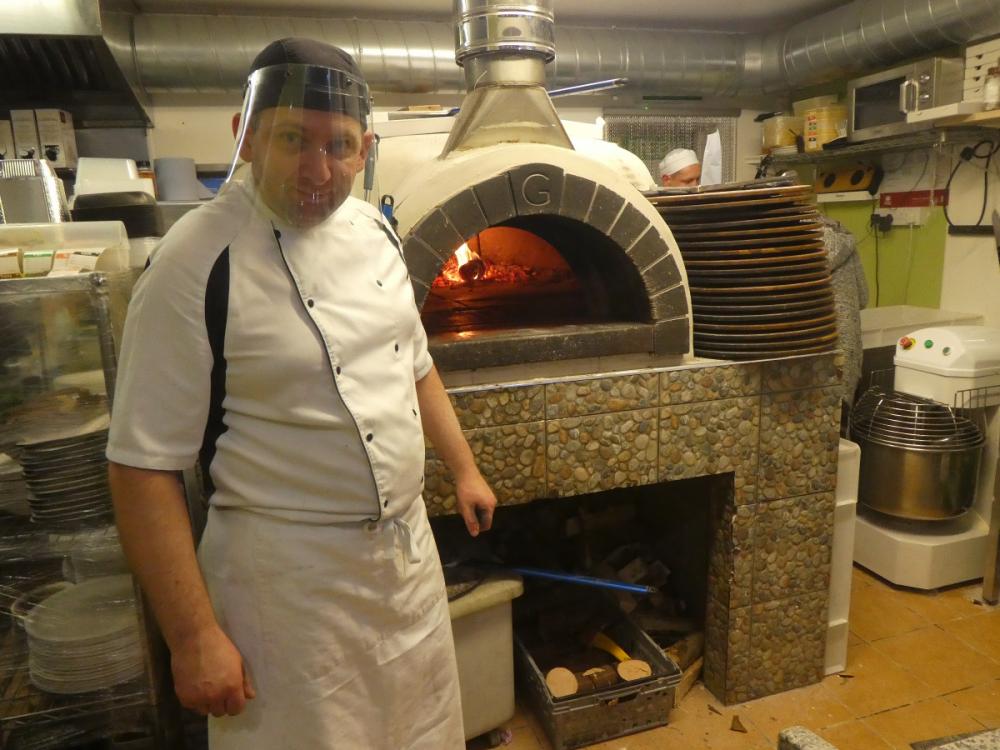 Vitalij, the owner and head chef
We sat down near the open kitchen with the wood burning oven - the smells tantalising our tastebuds in anticipation of what was to come. If I closed my eyes I could have been back in Italy.

The menu is quite extensive with a selection of pasta dishes, salads and mains, but as I always say what is the point of going to a restaurant where pizza is their specialty and not having the main event?

The pizzas come in three sizes, the traditional 12” which they call small, (though it isn’t really small at all), but then I suppose it is in comparison to the large 20” pizza which is ginormous, and in the middle, the half of 20” pizza. 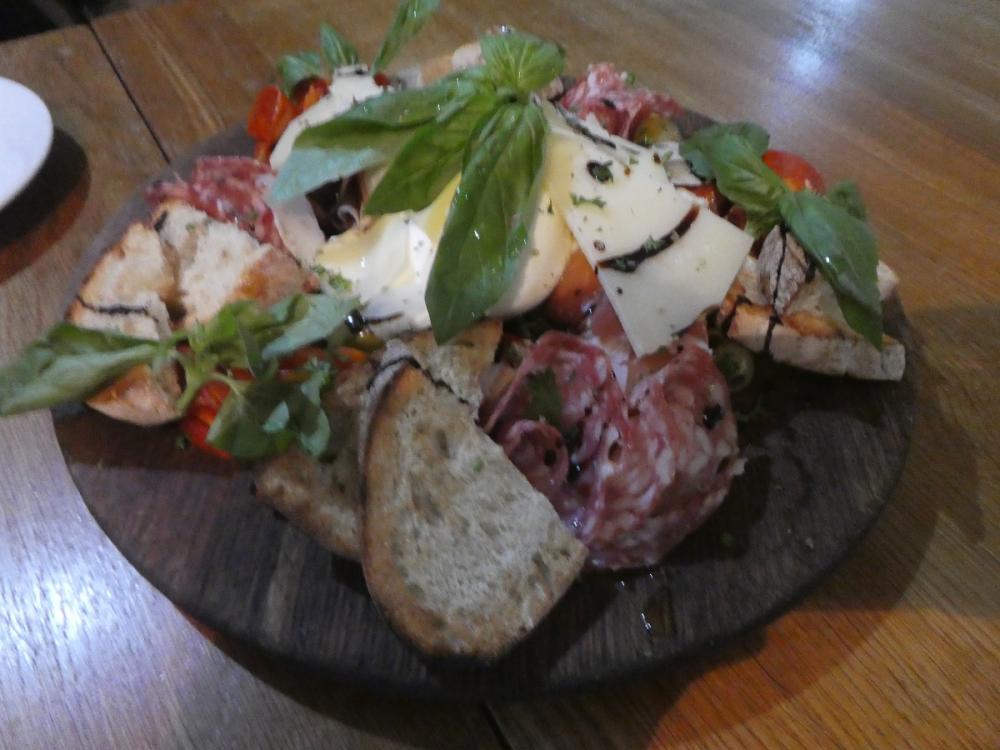 Antipasto Misto
You would have to be really hungry to eat all of the 20” pizza on your own, so it’s best shared.

You could even have one half of your pizza, say, Margherita, and the other Quattro Formaggi.

To start though, we shared the Antipasto Misto, a selection of cured meats, olives and Italian cheeses. Priced at £14.95 for two it was a meal in itself. Beautifully presented it felt like no time and effort had been spared. It all tasted as good as it looked.

There are more choices for your pizza than the choices that Boris has made during the current pandemic. There are even six vegetarian pizza options.

You would be surprised at how many pizza restaurants in this county do not offer Quattro Formaggi, but of course il Forno do. I decided to go for the 20” version on one half and the other half Dorado. Don’t worry, I didn’t eat it all at one go - they will box it up for you so you can eat it later. 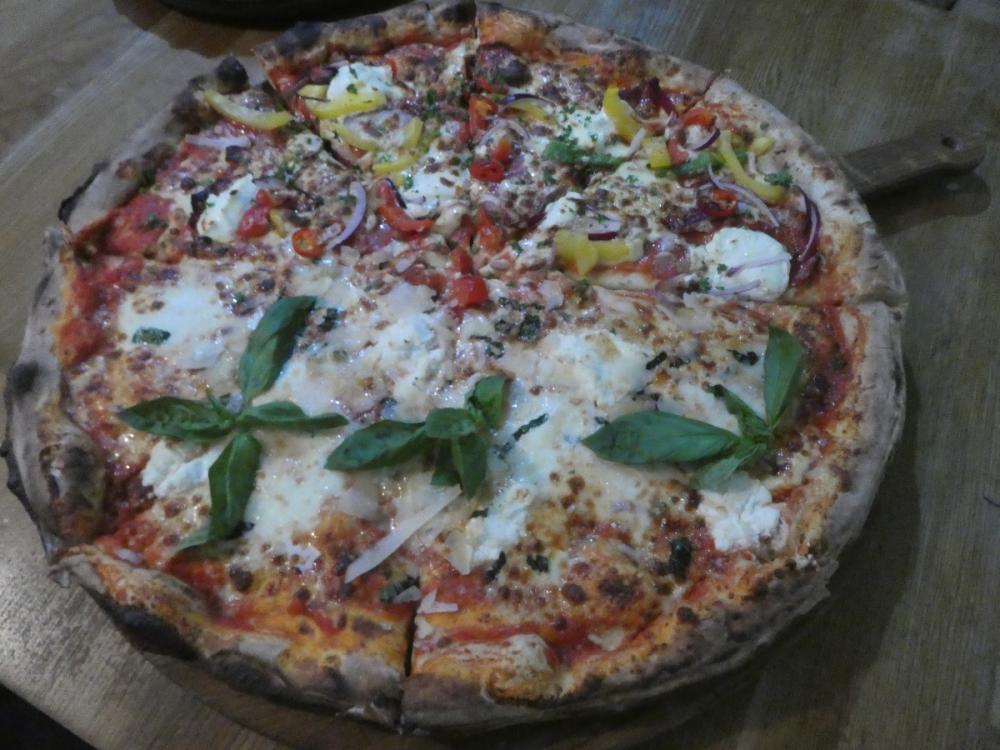 20" pizza - Quattro Formaggi and Dorado
What makes a good Quattro Formaggi for me is plenty of Gorgonzola, get that right and everything else falls into place. Add to that ricotta, mozzarella and Parmesan it is enough to give me sweet dreams all night long - cheese really does make you dream.

With a good base, my pizza was the stuff dreams are made of. The other half of Dorado had a good mix of tomato sauce, mozzarella, chorizo sausage, red onions, red chilli, mascarpone and mixed bell peppers. Expect to pay around £25.00 for a large 20” pizza and £9.00 upwards for a 12” pizza. 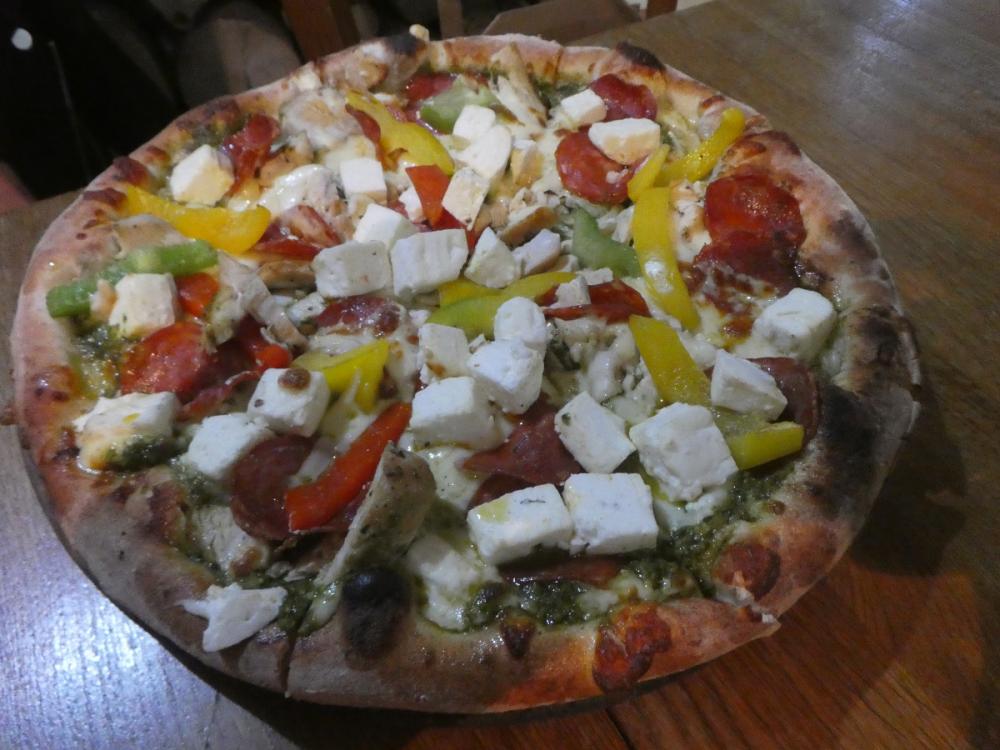 12" Greek pizza
My friend choose the Greek pizza on a 12” base priced at £11.80. Topped with basil, pesto, chicken, pepperoni, mixed peppers, feta cheese and mozzarella he said it was indeed one of the best pizzas he has had - and he is a chef. 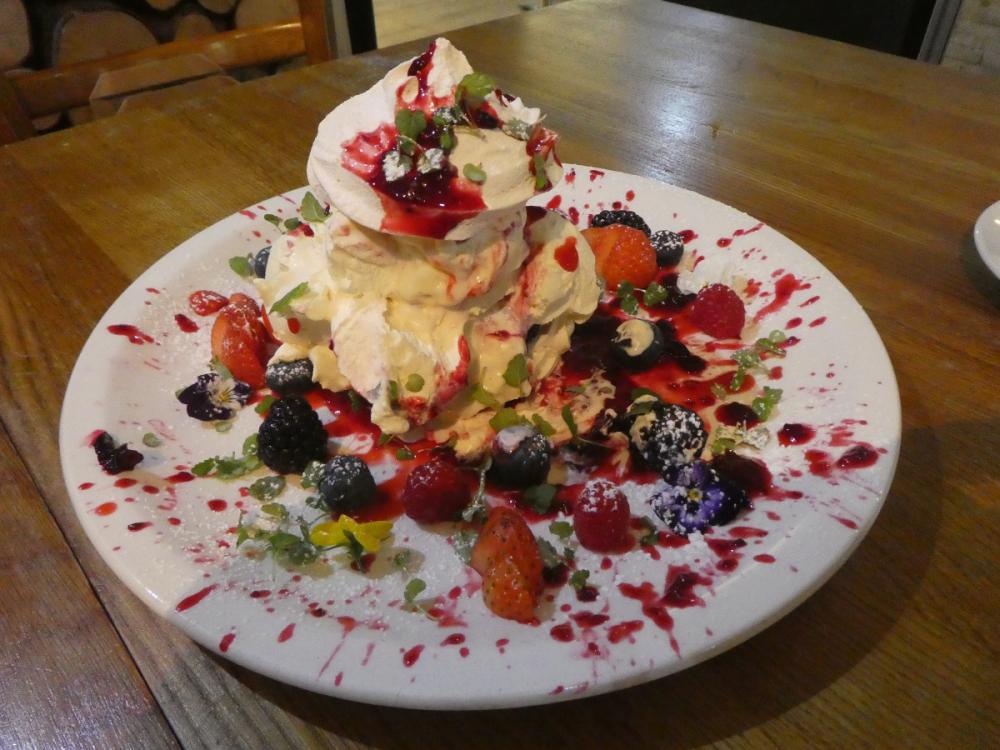 The ice cream is locally made, though it tasted just like the best ones you have in Italy.

They do a take-away service which seemed very popular - we saw one order of four 20” pizzas going out, not sure what happened to the rule of six there, in operation at the time - unless they have very big appetites, but then again with pizzas this good you can always savour it another day.

Great service, a cosy atmosphere, plenty of choices and pizzas that are probably the best in Leeds. If you like your pizza then this is the place for you.