Over 1,000 Bikes Donated To Yorwaste’s Get ReCycling Campaign 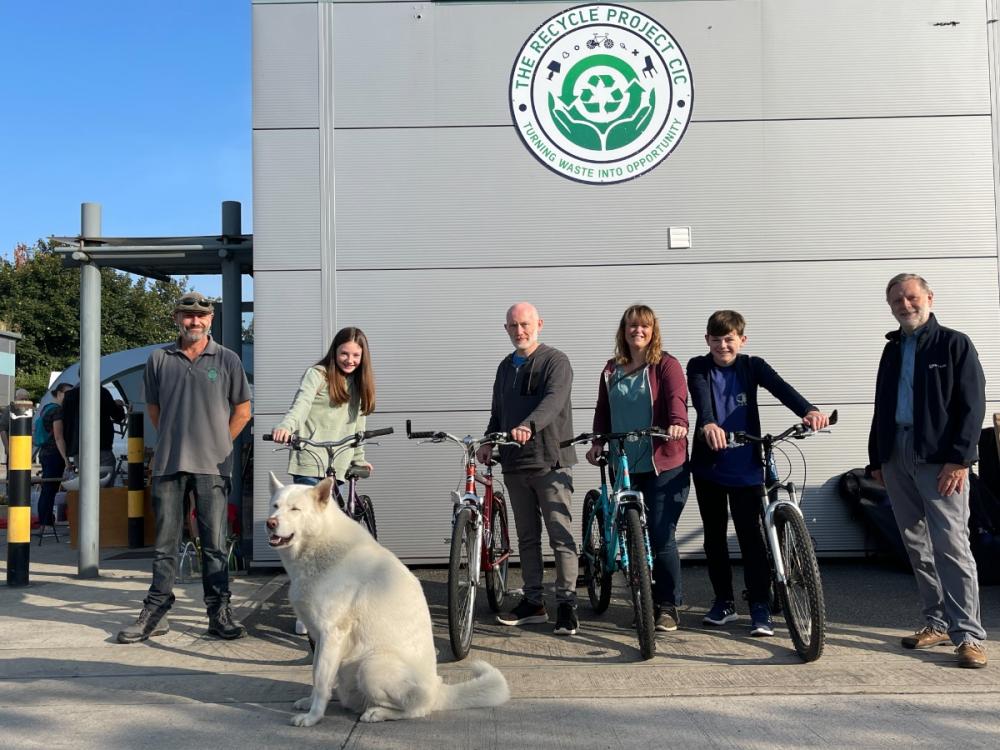 (L-R) Recycling Project’s Darren Thompson, Honey Harrison (12 yrs), Scott Harrison, Louise Harrison, Max Harrison (14 yrs) and Yorwaste’s John Dunwell.
Yorwaste’s Get reCycling campaign, which ran throughout the summer to encourage more people in York and North Yorkshire to get into the saddle, whilst appealing for the public to donate their old and unwanted bikes for charitable causes, has resulted in a whopping 1,200 cycles being collected and put to good use.

The cycles, regardless of their condition, have been welcomed at the firm’s 22 household waste recycling centres across the region, as well as at the company’s series of ‘Le Tour de Yorwaste’ pop-up events, which consisted of free workshops, demonstrations and fun cycle-related activities throughout York and North Yorkshire in August. 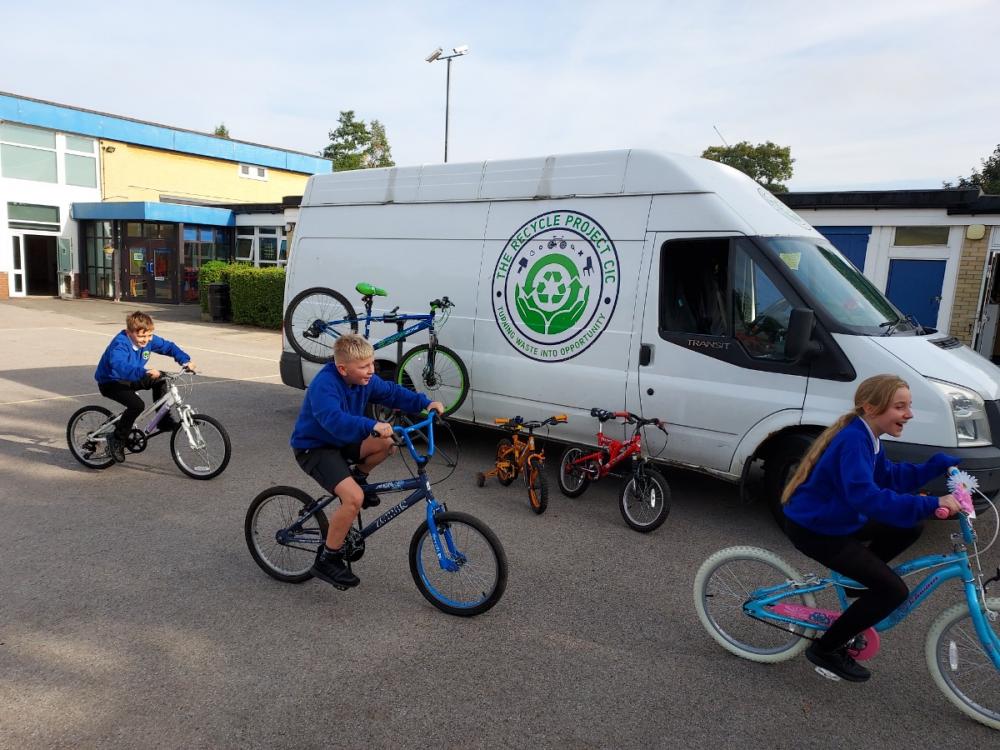 Clifton Green Primary
Yorwaste partnered with local charities, The Recycle Project and Get Cycling in York, and Harrogate’s Resurrection Bikes, to breathe new life into the donated bikes. Once repaired and checked, the bikes will be donated to good causes or sold for proceeds to be ploughed back into community cycle-related initiatives.

Brad Mulhearn, who runs The Recycle Project CIC, who, along with his team, has been tirelessly reconditioning the bikes since the initiative launched at the start of August, comments: “It’s great to see so many old and unwanted bikes being donated, and over 100 of the bikes we have worked on have already gone to good causes, including Clifton Green Primary School in York, where the bikes have been used by young people as part of the school’s ‘Cycle to School Week’ activities."

During the Get reCycling campaign, Yorwaste ran a competition for members of the public to win reconditioned bikes, with Louise Harrison from Scarborough and Louise Oddie from Harrogate each winning a full set of cycles for their families.

Competition winner, Louise Harrison, comments: “This will give my husband, two children and I the opportunity to connect and get active as a family after such a busy and difficult period. We’re really lucky where we live in Scarborough to have direct access to beautiful countryside and coastal walks, and are excited to get exploring.”

The public can still donate their unwanted bikes at any of Yorwaste’s household waste recycling centres, which will then be delivered to the Recycling Project for repair, reconditioning and reuse.

James Todd, Marketing Executive at Yorwaste, concludes: “We’d like to extend a huge thank you to the generosity shown by the public and charity partners, as well as a big congratulations to the competition winners. Many of the bikes we received were already in great condition, and we received a wide selection of road and mountain bikes of all sizes - leaving no shortage of reconditioned bikes which are now available to purchase via our charity partners.”

Get reCycling is the latest in a series of campaigns Yorwaste has rolled out to support the circular economy. These include the firm’s annual ‘Reuse Santa’ Christmas gift donation appeal and its 'BIG Upcycle' lockdown campaign, all designed to encourage the public to think differently about waste and recycling, and start to see what might be considered as ‘rubbish’ to be, in fact, valuable resources.