At 2pm on Sunday 21st June, thousands of local people are expected to fill Hyde Park for a socially-distanced protest organised by Black Lives Matter Leeds. 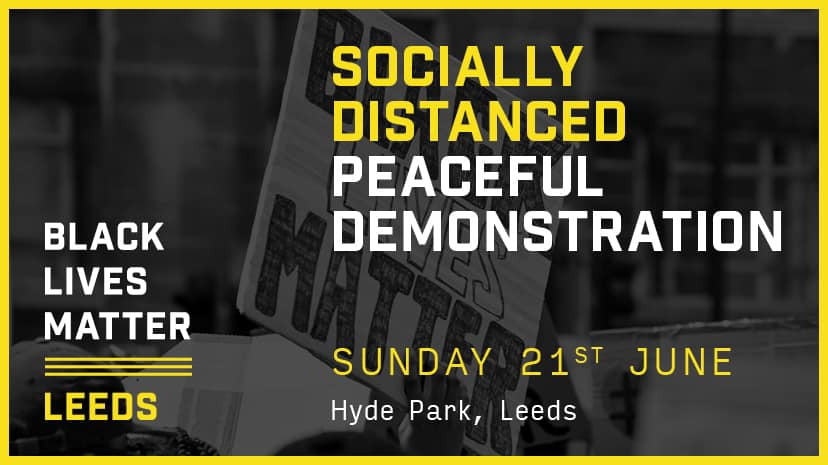 This protest follows the call to take a stand against racism both globally and in local communities after the death of George Floyd in Minneapolis. Plans include a line-up of speakers and a mass kneel in remembrance of the many Black lives that have been lost.

Sunday's socially-distanced event aims to increase safety and inclusivity by making it possible to follow social distancing thoroughly. An entry system will be set up to stagger arrivals into the park. Once on site, volunteers will assist with directing people to clear spaces, ensuring attendees keep to social distancing guidelines of at least 2 meters between different households. Over 300 people have died in Leeds due to COVID-19, and Black people are 4 times more likely to die from COVID-19 than white people.

“We come together to unite as a city and a nation to fight racism. No longer will we be silent because silence is consent. We aim to create a network to ensure that black lives matter and that power is share equally with black communities in order to dismantle systemic racism in our city and beyond."

The organisation of this event is being supported by many local groups including Extinction Rebellion Leeds.

“We have recently adopted a 4th Demand outlining how the climate crisis cannot be tackled without addressing the racial injustices in our communities and across the globe. For example, the production methods of goods such as sugar, coffee, chocolate and cotton are exploitative of the planet and of people. Progress and reparations must be made, and we pledge to work in our own community and speak up for those who are at the greatest disadvantage within the system.”