Lauren Rowles and Laurence Whiteley set a Paralympic best time as they got the defence of their mixed double sculls rowing title off to the best possible start.

The experienced pair finished seven seconds clear of Ukraine in Heat 2 to qualify automatically for Sunday’s A final in a time of 8:42:27. 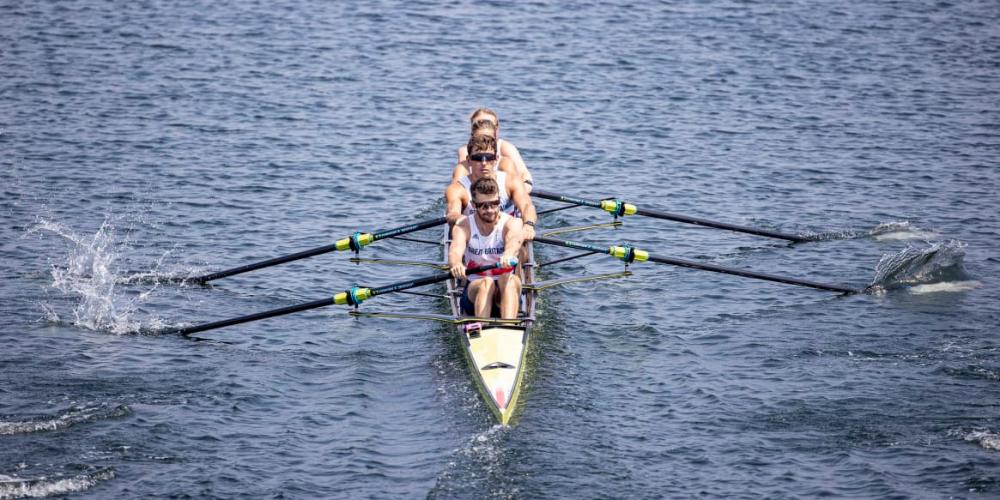 The ParalympicsGB boat set a Paralympic best time in the PR3 mixed coxed four heats
But the increased distance hasn’t stopped the ParalympicsGB pair from dominating, with Rowles and Whiteley currently the reigning world and European champions.

Whiteley said:
“Great to get the first one under our belts in not perfect conditions but we did what we had to do.

In the PR3 mixed coxed four, the ParalympicsGB boat dominated the field to enter Sunday’s final as the fastest qualifiers.

Great Britain have not been defeated in a major championship final in the discipline since the 2010 World Championships as the quartet of Ellen Buttrick, Giedre Rakauskaite, James Fox and Ollie Stanhope laid down another marker by winning the second heat in a Paralympic best time of 7:09:44.

Their cox Erin Kennedy said:
“They did amazingly, I think that’s probably one of the hardest 2Ks I’ve done in a couple of years just because the crosswind was really challenging.

Benjamin Pritchard finished second in his heat of the PR1 men’s single sculls on his Games debut – behind Ukraine’s Roman Polianskyi, who set a Paralympic best time – and will now race in tomorrow’s repechage knowing a first or second-place finish would see him through to the A final. 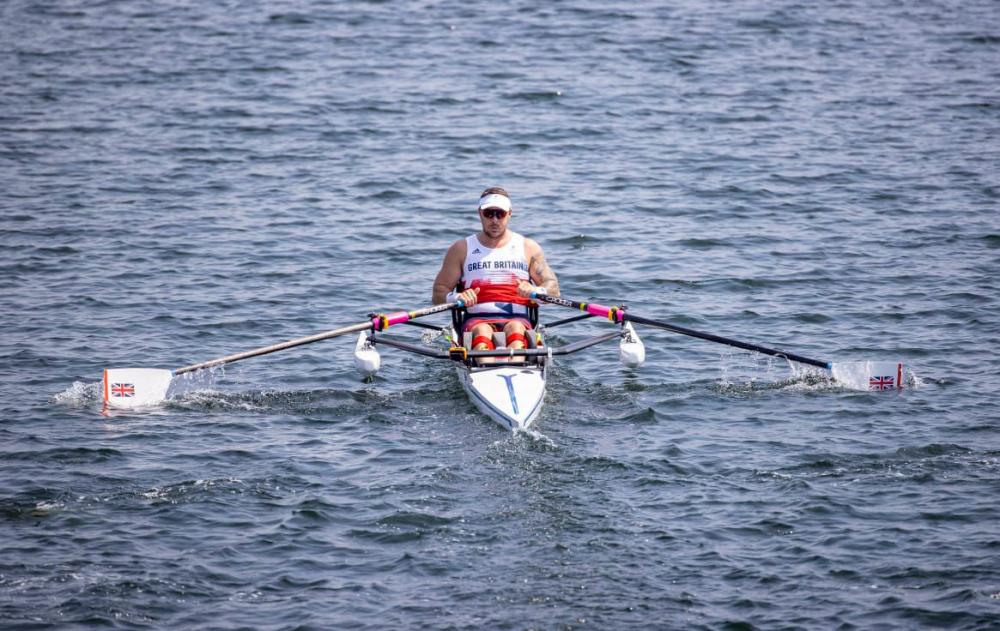 Benjamin Pritchard will compete in the PR1 men's single sculls repechage tomorrow
The Swansea native said:
“It’s all a learning experience and I am just in shock and awe – I’m so happy right now.

“I’ve only raced on the international stage three times and I definitely took some learnings from racing Roman the way I did. Hopefully I’ve given him a message that he needs to keep an eye on me for the final.”