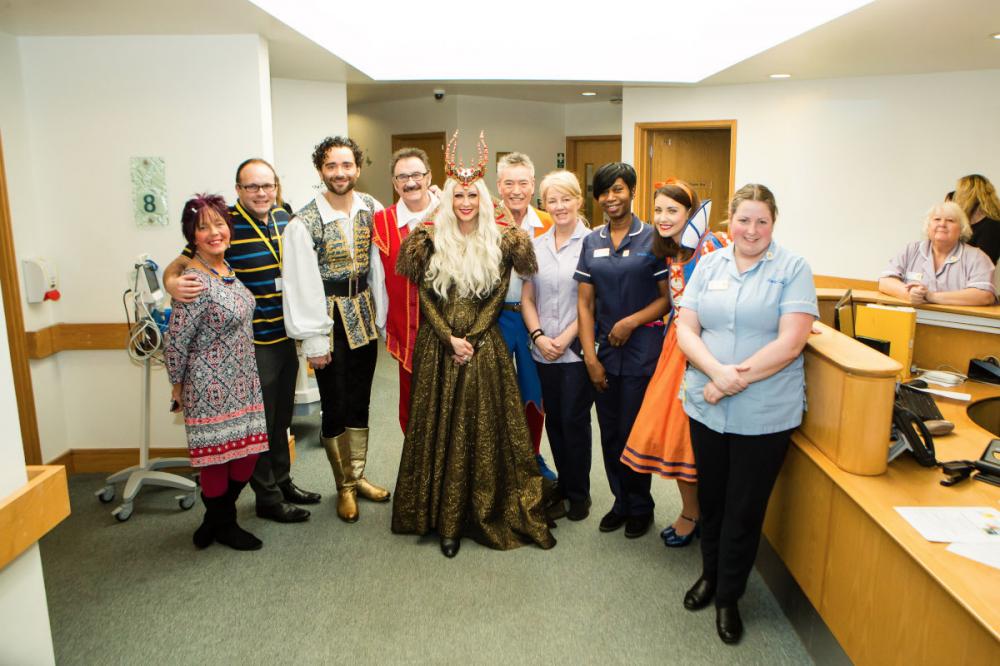 Patients and families at the Marie Curie hospice Bradford had a surprise visit from the cast of The Alhambra Theatre’s Pantomime, Snow White and the Seven Dwarfs. Funny-man Paul Chuckle who plays the Wicked Queen’s henchman Oddjob was joined by Steps star and Strictly Come Dancing finalist Faye Tozer who plays Queen Lucretia. Billy Pearce, who has returned to the Alhambra Theatre panto for an incredible 21st time was also in attendance.

The trio were joined by Sarah Goggin who plays Snow White and Matt Croke who plays Prince William of Wakefield.

The cast popped into the hospice, which provides round-the-clock expert care and support for people living with a terminal illness, and their families, to spread some panto magic in-between performances. 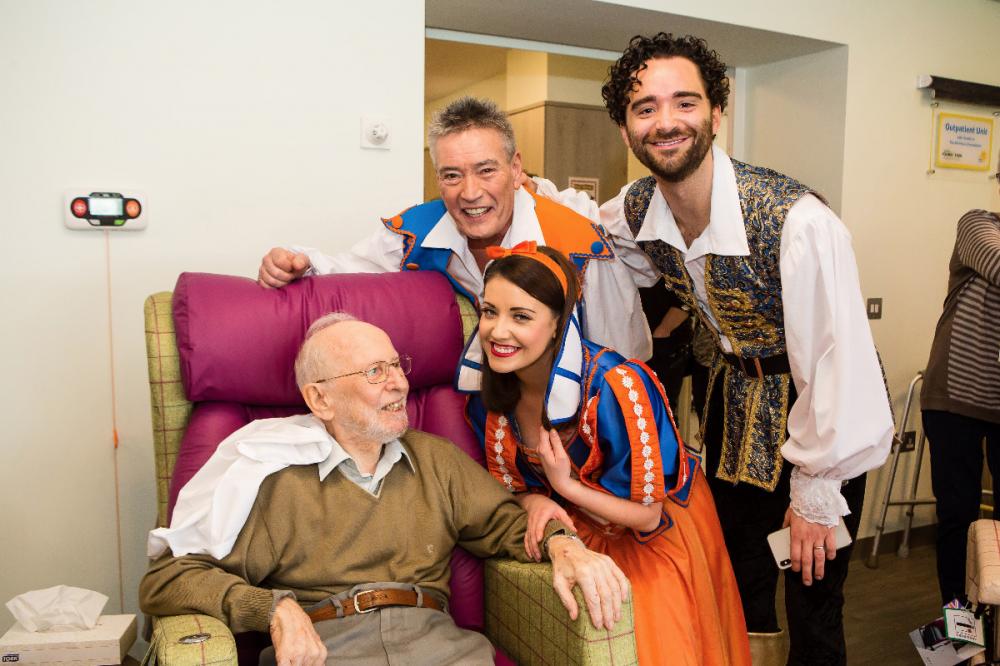 Paul Chuckle who has performed in 53 pantomimes and is a Marie Curie ambassador said: “We know it can be a difficult time for people living with a terminal illness and their families, so we were thrilled to be able to visit the hospice to bring a sprinkling of panto magic to patients, staff and visitors. To be able to see for a short time the wonderful care provided by Marie Curie Nurses was wonderful.”

Hospice Manager Jo Whincup said: “We were delighted that Paul and the cast were able to take a break from their busy schedule and stop by to put a smile on the faces of our patients and their families.”