Personal ﻿Memories Of A Footballing Legend 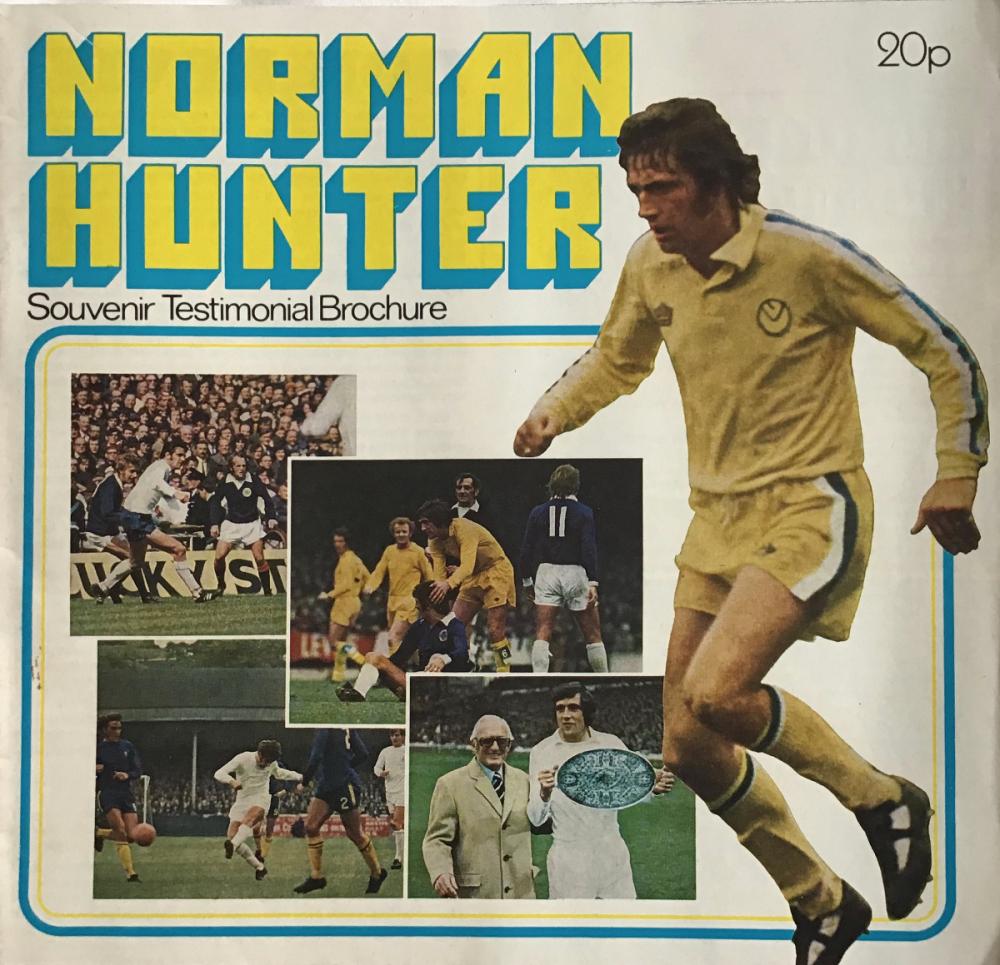 I remember attending his testimonial game back in May 1975 when the souvenir programme cost just 20p!
The Leeds United and England footballing legend Norman Hunter sadly passed away on 17 April aged 76 after having been hospitalised with the COVID-19 virus and becoming yet another victim of the global coronavirus pandemic. I don’t wish this short feature to be a review of his illustrious career, but more an opportunity just to pay my respects to the great man and share a few personal memories.

I may spend most of my time these days immersed in the world of Formula 1 motor racing, but, after being born in Bradford and spending most of my teenage years living at our family home in Pudsey, I became an avid Leeds United fan and spent most of my pocket money stood on the packed Kop at Elland Road cheering on the great Leeds sides of the ‘70s.

Hunter was a diligent and gifted professional who served Leeds United for 14 years (photo: Leeds United)
As a keen amateur footballer I have to admit that I tried to model my playing style on that of my hero, Allan “Sniffer” Clarke, but I so admired every single Leeds player at the time, including of course Norman “Bites Yer Legs” Hunter. His style was at times uncompromising, if highly effective, but he was a far more skilful player than some gave him credit for.

I must reveal too that my mum also became a real follower of the team, although she only ever went to one live game. How many times though, particularly when Leeds were playing away from home, did we both huddle round the radio listening to the regular updates on Radio Leeds and the result made or ruined the rest of the day for us.

Let me share with you one particular anecdote which involves Norman, my mum and myself. In late May 1975 Leeds headed to Paris’ Parc des Princes stadium to take on Bayern Munich in the European Cup Final. The less said about the result the better, but on a lighter note a few days before the game my mum and I were so keen that we popped down to Elland Road to watch the team training before they flew off to France. 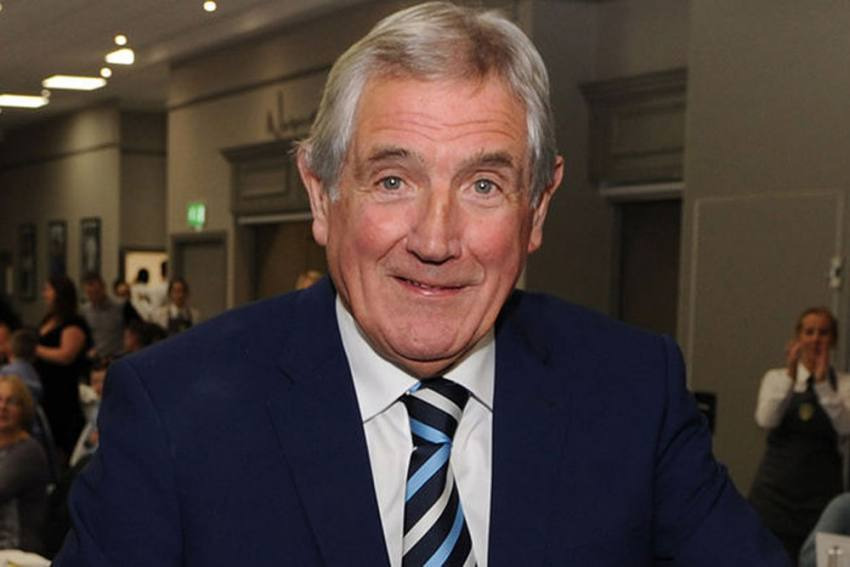 Long after hanging up his boots he remained actively involved with the sport he loved (photo: Leeds United)
Back then the training pitches were just a short walk across the car park in front of the main stand and you could turn up, park your car amongst those of the players and watch training through the chainlink fencing, literally just feet away from your heroes. When training was over and most players had disappeared past us back into the main stand to shower, I so well remember how Norman stayed out for further practice, dealing with repeated crosses from the coaching staff and heading them to safety.

When he eventually stopped, he walked right past my mum and myself to his nearby car, which was just an ordinary family estate and not something far more expensive like the Bentleys and Range Rovers which Premiership and full international players tend to arrive at training in these days. My mum couldn’t stop herself saying “Good luck in Paris, Norman, and by the way your tax disc is out of date!” Rather than just ignoring her, he simply turned round, smiled and replied “Thanks, love. I’ll sort it when we’re back.”

Earlier that month I remember attending a testimonial game at Elland Road to reward Hunter for his loyal service to the club since his debut against Swansea Town back in September 1962 and I still have the souvenir programme, which cost all of 20p! In total he ended up playing for Leeds in 726 games across a 14 year period and won 28 England caps as well as being in the 1966 World Cup winning squad.

Long after his playing and managerial career had ended Hunter remained a regular visitor to Elland Road, including as a match day radio summariser, a guestspeaker and simply as a spectator watching the game he loved.

Unlike Sir Stirling Moss who left us last weekend, I cannot call Hunter a friend as we never met, but it is clear he was an outstanding footballer and a true gentleman. RIP Norman Hunter 1943-2020.