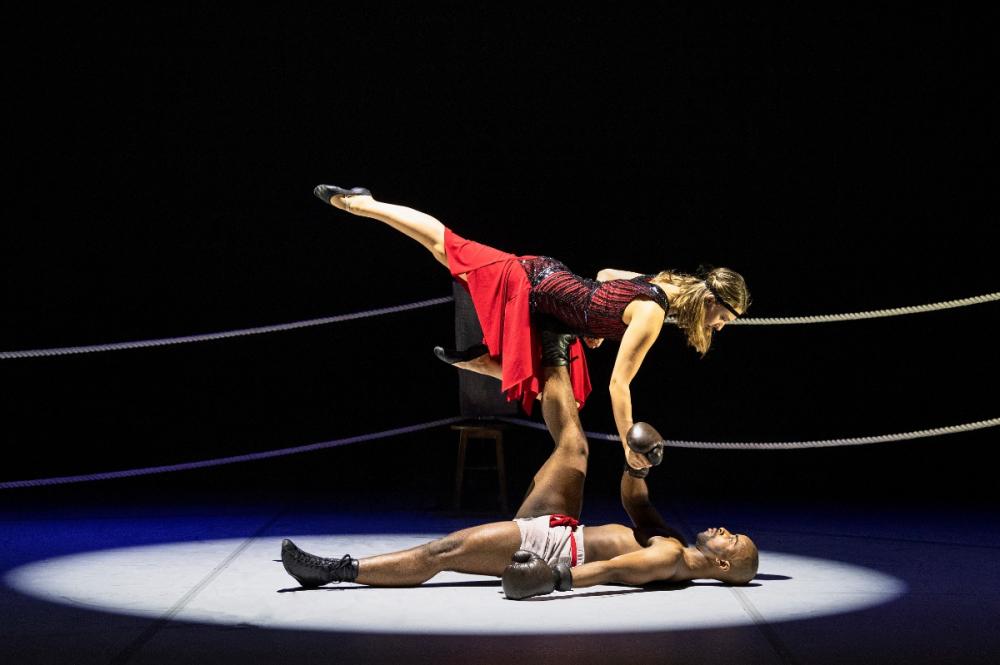 Heart of Chaos. PhoenixDanceTheatre. 40Years of Phoenix. Foteini Christofilopoulou
Forty years ago David Hamilton had an idea. Now, four decades on Phoenix Dance Theatre has blossomed into one of the country’s most vibrant companies, still thrilling audiences with new and exciting works.

However, last night’s offering at Leeds Playhouse was more about celebrating the past than showcasing new work. And, why not Phoenix is 40 years young.

Sadly, injury prevented dancers from presenting Heart of Chaos, one of Darshan Singh Bhuller’s earlier, but now updated, works from being performed. However, the audience were not disappointed and, if less is more, then, Yuma Sylla’s one woman performance of Jane Dudley’s short Harmonica Breakdown had me mesmerised with its Delta Blues rhythms. 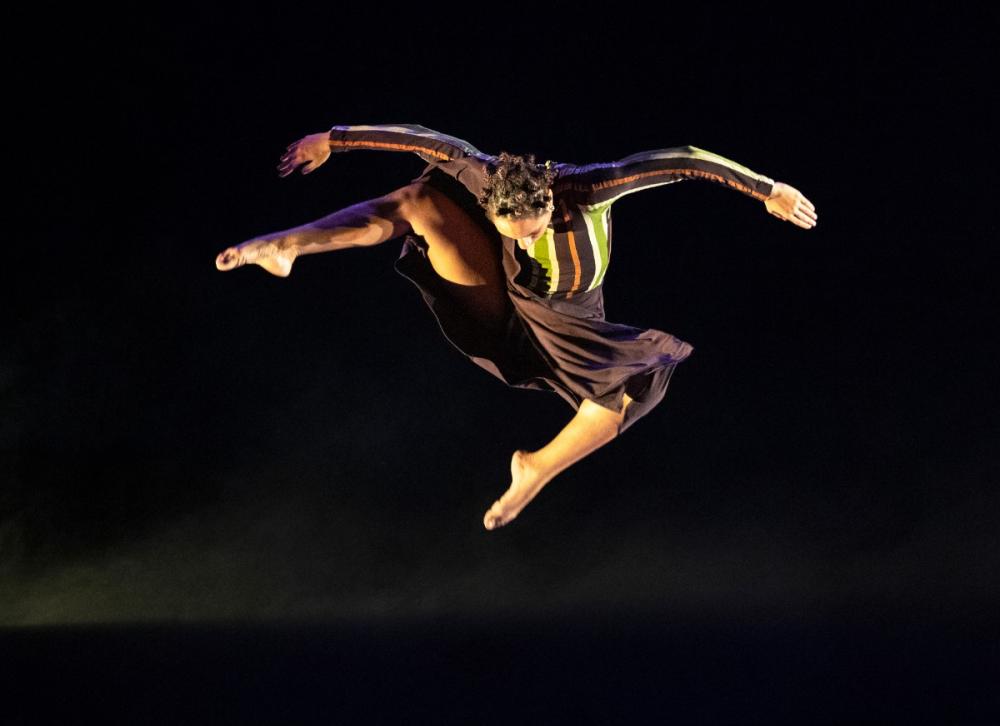 Harmonica Breakdown. PhoenixDanceTheatre. 40 Years of Phoenix. Foteini Christofilopoulou
All I could see – and hear – was Woody Guthrie and the poverty, trials and tribulations articulated so well by John Steinbeck in Grapes of Wrath.

This was an evening of contrasts. There was the pulsating Japanese Taiko drumming of Henri Oguike’s Signal: physical, unrelenting and downright hard work for the five dancers who gave their all for more minutes than a boxer, under such physical strain, would want to endure in the ring.

Family was more playful and, at times, aggressive but then when you live in and amongst a large Filipino family you can appreciate the love, rivalry, jealousies, and passions that drive a ‘tribe’s’ members living cheek by jowl for most of their lives.


Family. Phoenix Dance Theatre. 40 Years of Phoenix. Foteini Christofilopoulou
Pave Up Paradise tells the eternal Adam and Eve story: boy meets girl. It was intriguing but not my favourite although, as with all the others, was danced beautifully.

With few exceptions Phoenix dance pieces usually give you a narrow brief and then leave the rest up to you to find what you seek.

To my left someone sees one thing and me another but neither are wrong because dance that is too obvious does not challenge you to challenge it. Phoenix’s works are always less than obvious and I love the company for that.

It has had 40 years of success because it has continually reinvented itself, never standing still, always moving.

And may the movement continue. Here’s to half a century and, hopefully, I’ll be in the audience!

Also by Phil Hopkins...
Take Off For Sicily From LBANew Five-Star Hotel For Turkish RivieraSensitive, Hilarious & Emotional – Poet’s Take On DementiaThe Fosse Legend Lives On In ChicagoUK’s Top Spots For A May Hiking Holiday