At the moment it can be a difficult market to open a restaurant: several national chains have opened in Bradford only to find them close within a few years.

The design of the Bradford restaurant is very contemporary and it felt more like an individual restaurant rather than part of a chain. There is a cinema too next door which makes a pre-cinema meal or later a strong possibility.

When we visited the music system across the whole chain was down, though the chatter from the other diners kept the atmosphere upbeat.

As usual with Pizza Express there is an open kitchen so you can see your meal being prepared and cooked.

Service was quick and friendly and it was good to hear your order repeated back to you. 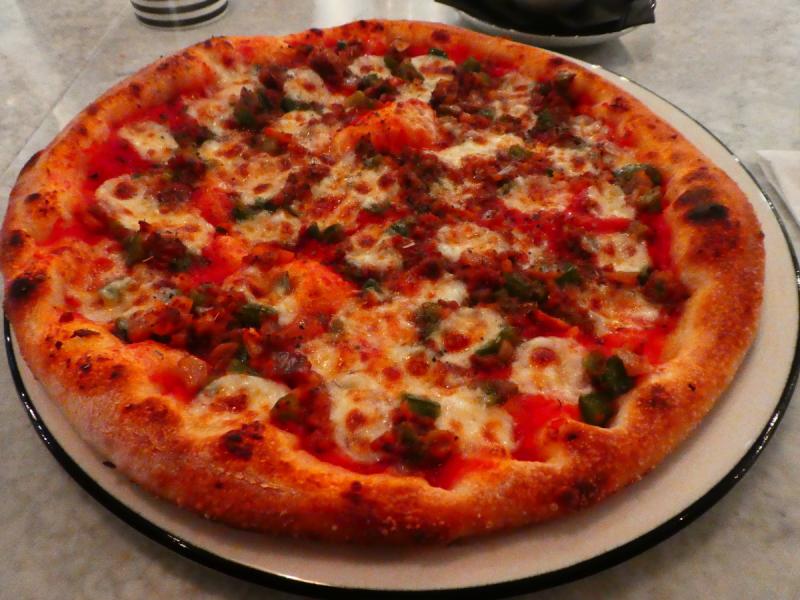 Sloppy Giuseppe pizza
I tried the Sloppy Giuseppe pizza on a classic base, priced at £11.60. With hot spiced beef, green pepper, red onion and plenty of mozzarella, it was indeed very sloppy. I have had this pizza before at Pizza Express and it tasted better than the Bradford version, though at least it was served piping hot. Perhaps The Godfather was showing in the cinema next door!

My partner chose the new Roasted Veg and Ricotta pizza priced at £13.60. Roasted pepper, courgette and aubergine with tomato, basil, mozzarella, creamy Ricotta and garlic oil, finished with slow roasted tomatoes and shaved Gran Milano cheese. The pizza didn't appear to be as warm as mine, so the server had it put back in the oven. 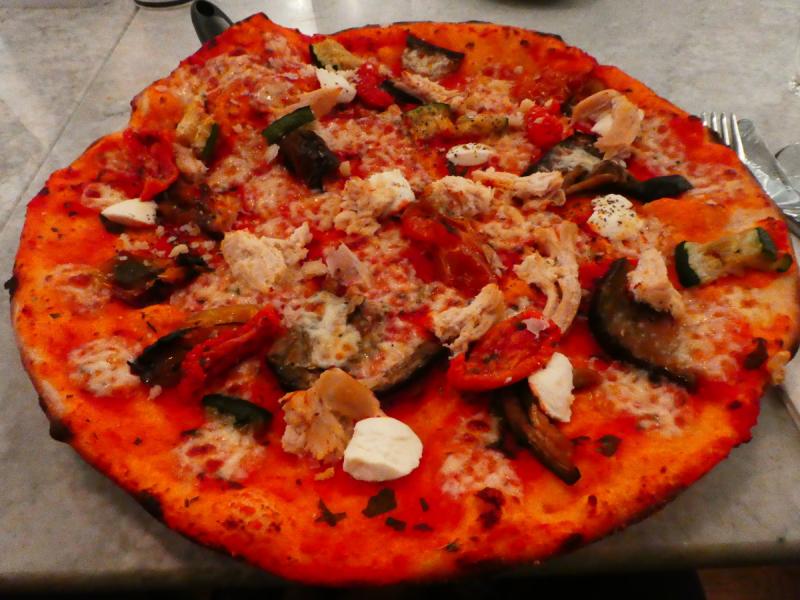 Roasted Veg and Ricotta pizza
By the time we left the restaurant it was nearly full. Was it a good Italian Job? Well, Michael Caine might not have been in attendance but the Sloppy Giuseppe pizza was so hot it nearly blew my doors off, as Caine likes to say in the film!

A welcome addition to Bradford.


Also by Graham Clark...
Are You Ready To Go With Gino D'Acampo Harrogate 2Go Service?Amazing Grace Is All Set To Grace The Charts AgainAlbum Review: FM - Synchronised (Frontiers)Ronan Keating Releases New Single Ahead Of Northern ConcertsRight Said Fred Bring Back The Good Times