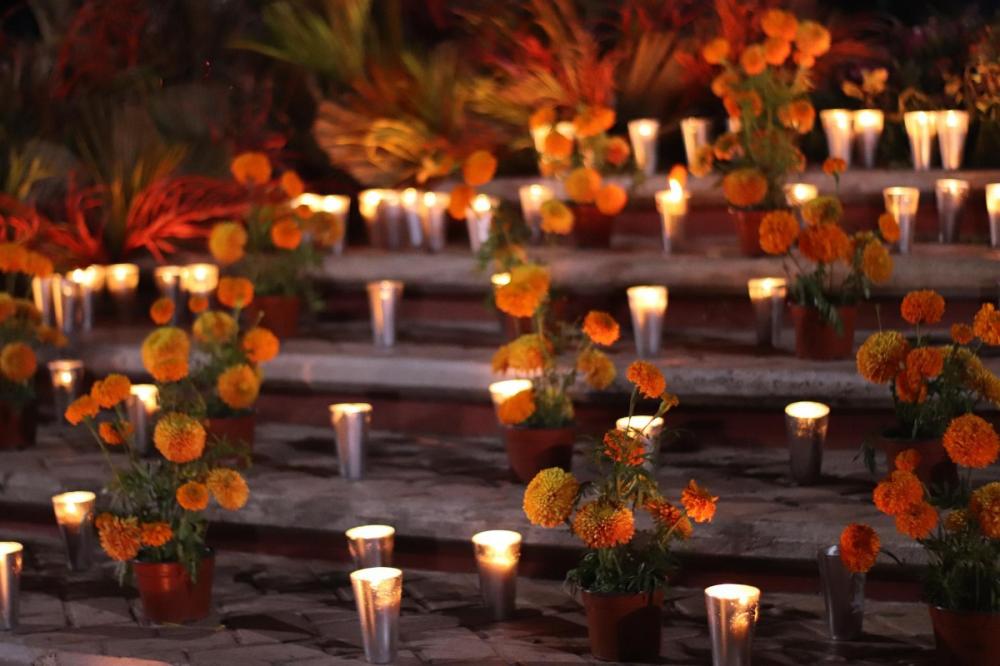 Along the avenue of cypresses,
All in their scarlet cloaks and surplices
Of linen, go the chanting choristers,
The priests in gold and black, the villagers. . .

And all along the path to the cemetery
The round dark heads of men crowd silently,
And black-scarved faces of womenfolk, wistfully
Watch at the banner of death, and the mystery.

The coming of the chanting choristers
Between the avenue of cypresses,
The silence of the many villagers,
The candle-flames beside the surplices.

Conceived during his time in Gargnano in northern Italy in 1912, D. H. Lawrence’s rather beautiful observation of a religious procession captures the essence of an annual ritual. Given idiosyncratic power by the faithfulness of the many to a duty of observance, Lawrence’s poem, ‘Giorno dei Morti’ or Day of the Dead, is as coolly detached as the participants - the chanting choristers and the silent villagers - are lost in the solemnity of the occasion.

Perhaps that distance is necessary. For whilst his words are wrapped in a ritualised progression of formal iambics and a mantra of conjunctions and definite articles, the poet stands back to reveal a pageant of shared collective emotion, from which he is necessarily excluded. The foregrounded colours – the scarlet, the gold, and the black – are the colours of funerary exequy and of ecclesiastical symbolism; the ‘mystery’ is a component of inference, of an affinity of expectation and purpose.

The father and mother of the penultimate stanza are themselves lost, but this time in grief. Deaf to the solemn incantation of the choristers, utterly consumed by loss, a religious ceremony has worked its ministry on them, even in silence.
Also by Steve Whitaker...
Poem Of The Week:Owdham Footbo' By Ammon Wrigley (1861-1946)Poem Of The Week: The Wireless By Jean StevensBurned By Light: Dovetailing - Gathered NotesNight Swimming:Towards A General Theory Of Love By Clare ShawPoem of the Week: 'Together' By Robert Gibson