Poem Of The Week: 'Home' By Deryn Rees-Jones 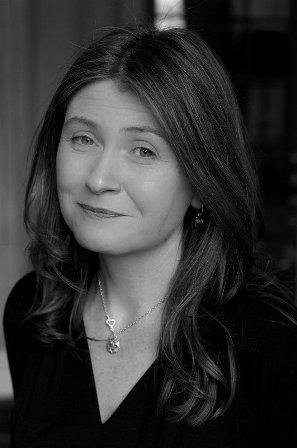 As if we would never arrive,
we check our watches and connections.
So many elsewheres as we
walk into abandoned rooms
that somehow have forgotten us.

A window propped, half-open
on a garden, stares. A bird
as if to say, you’re here,
glances its wings against the blue
so far away, then becomes invisible.

How they call to us, the lost places.
Now I carry my life, as a snail might,
slipping across grass and stone:
the shrugged contours of her shell’s light spiral,
the glistening of her bridal train.

Like a half-remembered song,
marking us, making us,
words call us back, they call us on.
To know the world in another language
is to never know the world the same.

Gently edging towards an elsewhere that may or may not exist outside of her own imagination, Deryn Rees-Jones’ wonderful poem of mental journeying cleaves towards the light of ‘lost places’. Yielding only to evanescent contemplation, such terrain are figments as fleeting yet totemic as a bird silhouetted against the sky and soon lost to the sun, giving evidence that the province of the mind is as powerful a projective tool as an apprehender of geographical reality. 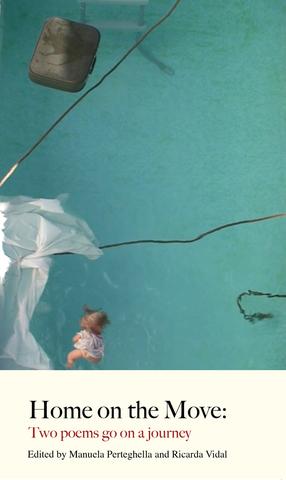 Visionary landscapes may be perceived in inert quietude, but refulgent in reward; the imaginative muse is encouraged in silence, and extruded in words, given wings by the metaphorical possibility of other languages, and by the lambency of the poet’s own, self-reflexive awareness. It is significant that the narrator’s itinerant impulse basks in the gorgeously fragile image of a glistening ‘shell’s light spiral’, as though framing her own ongoing odyssey in fidelity to a matrimony of linguistic beauty and the impulse to create.

Rees-Jones finds herself on a border here, caught somewhere between suggestion and realisation, a wanderer waiting to burst into ekphrastic song. The conditional nature of her phrasing – rooms are abandoned, a personified window is ‘half-open’, the bird becomes invisible – gives no indication of foreboding, rather, a sense of hopefulness about to be revealed. The easeful meandering of the four quintains – Rees-Jones’ narrator noses tentatively in the foreshortened lexis of a flâneur – almost precludes the necessity of arrival.

Which is her point: language differences confer the integrity of breadth and depth on cross-border, trans-cultural reflection, even where the envisioner’s vista extends no further than a garden wall. In a quite other sense, she has already arrived.


‘Home’ is taken from Home on the Move: Two Poems Go on a Journey and is published by Parthian Books.


Also by Steve Whitaker...
There Could Be Temples: Still By Christopher MeredithPoem Of The Week: 'One Cigarette' By Edwin Morgan (1920-2010)Coming Home: Connections - A New Collection Of Short StoriesGoing Astray: On A Distant Ridgeline By Sam ReesePoem Of The Week: 'The Couple Upstairs' By Hugo Williams