Poem Of The Week: 'Still Life' By Diane Ackerman

The bullet has almost entered the brain:
I can feel it sprint down the gun barrel,
rolling each bevel round like a hoop
on a pigslide of calibrated steel and oil.
Now it whistles free and aloft
in that ice-cold millimetre of air,
then boils as the first layer of skin
shales off like ragged leaves of soap.
The trigger’s omnipresent click
makes triggers all over the body fire.
Now it tunnels through palisades,
veins, arteries, white corpuscles
red and battered as swollen ghosts,
cuts the struts on a glacial bone
jutting out like the leg of a single flamingo,
feints and draws in close for the kill,
egged on by a mouse-gray parliament of cells. 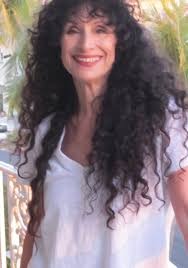 Diane Ackerman
It is almost possible to believe that American poet Diane Ackerman was looking at the now seminal image of the summary execution by a General of a Vietcong during the Vietnam War, when she conceived ‘Still Life’. The photograph, a still taken from a film, captures the precise moment of the soldier’s death, giving a randomly brutal illustration of Joseph Conrad’s axiom in Nostromo that sudden, catastrophic determinations may unfold against a backdrop of the ‘immense indifference of things’.

And there is irony in both our reaction to the photograph – which, for fifty years, has retained the power to shock – and in Ackerman’s resolutely visual representation of death’s imminence. Her closely-observed and metaphor-rich poem gives life to the tableau synoptically. Densely constructed, her lines are mobile, yet mediate velocity to yield the detail of a flying bullet’s trajectory. The process is inexorable: there is a sickening inevitability to the bullet’s progress as the sibilant shaling of layers of skin like ‘leaves of soap’ precedes the breaching of ‘palisades’ of bone. The cold forensics of science are enveloped in binaries of fire and ice, as they span cool extraneity and human warmth in a millisecond.

A sense of anticipation is summarily realised, as is the counter-intuitive suggestion of volition in the victim. The click of the trigger is a catalyst for cerebral recognition; the brain’s own hair-trigger mechanism sparks (un)readiness in the body whilst the ‘mouse-gray parliament of cells’ awaits, even encourages, its own denouement.


‘Still Life’ is taken from A Quark for Mister Mark – 101 Poems About Science and is published by Faber & Faber.