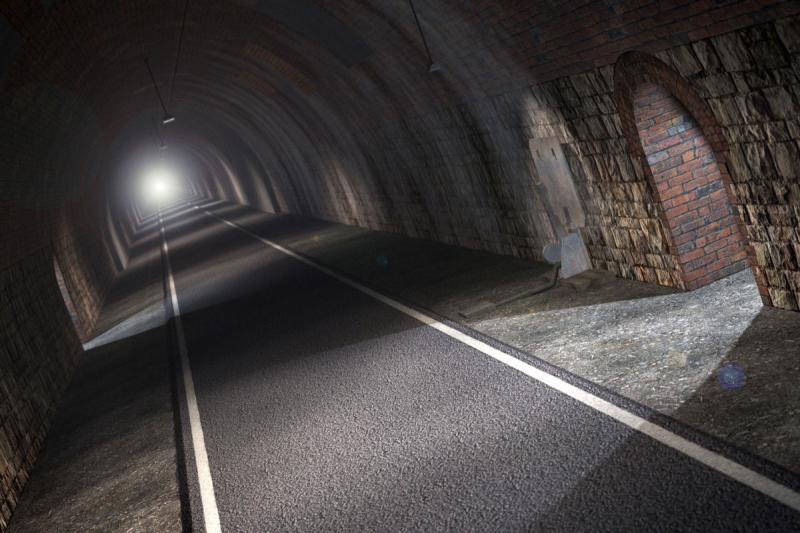 A computer-generated visualisation of the tunnel after repair. Photo by Four by Three
The future of the disused railway tunnel under Queensbury, West Yorkshire will be debated by Bradford councillors next week as the campaign to restore it for cycling purposes enters a crucial phase.

Highways England’s Historical Railways Estate (HRE), which looks after the 1.4-mile long tunnel on behalf of the Department for Transport (DfT), could begin works to infill key parts of the structure in the summer if a transfer of ownership to another statutory body has not been agreed. This work would render it permanently beyond use and effectively rule out any future development of a cycle network connecting Halifax with Bradford and Keighley. 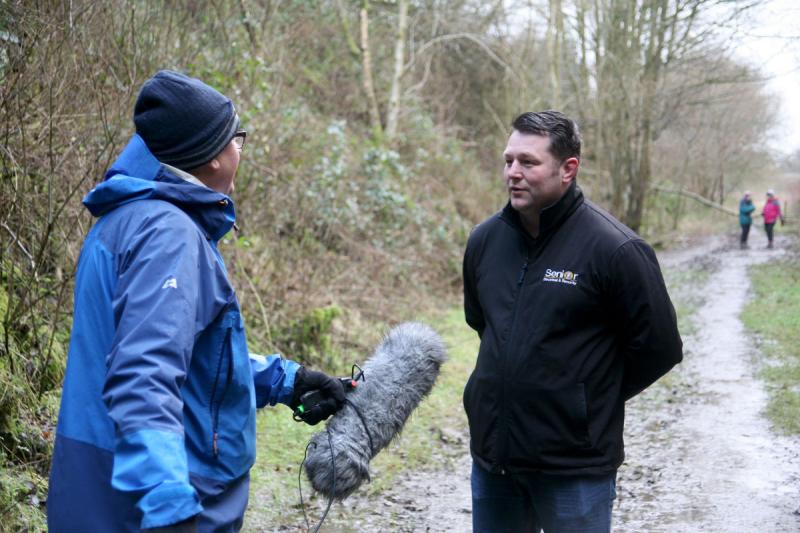 Councillor Andrew Senior - Conservative, Queensbury Ward - being interviewed for ITV's Calendar at the tunnel's north portal. Photo by Queensbury Directory
A motion put forward by Conservative Councillor Andrew Senior, who represents Queensbury Ward, will be put to the vote during a meeting of the full Council on Tuesday 16th January. It welcomes the efforts of the Queensbury Tunnel Society and Sustrans to develop plans for reopening the structure and, if passed, asks Council officials to engage with stakeholders in exploring options for the tunnel. It also calls on the Chief Executive “to investigate the feasibility of Bradford Council taking ownership of the tunnel so as to secure the option of it being reopened” and for discussions about its future to be facilitated with HRE and the DfT.

Mr Senior says: “The tunnel could provide the venue for a beautiful walk or cycle ride - even in inclement weather - allowing people to keep fit. Even on the worst of days it would be better than staying indoors due to rain or wind. The tunnel could offer a unique amenity and I am confident that it would appeal to many, many people from near and afar. I hope that my colleagues across the Council Chamber will back my motion supporting utilising the tunnel and then work alongside me and anyone else who is interested to see this happen.” 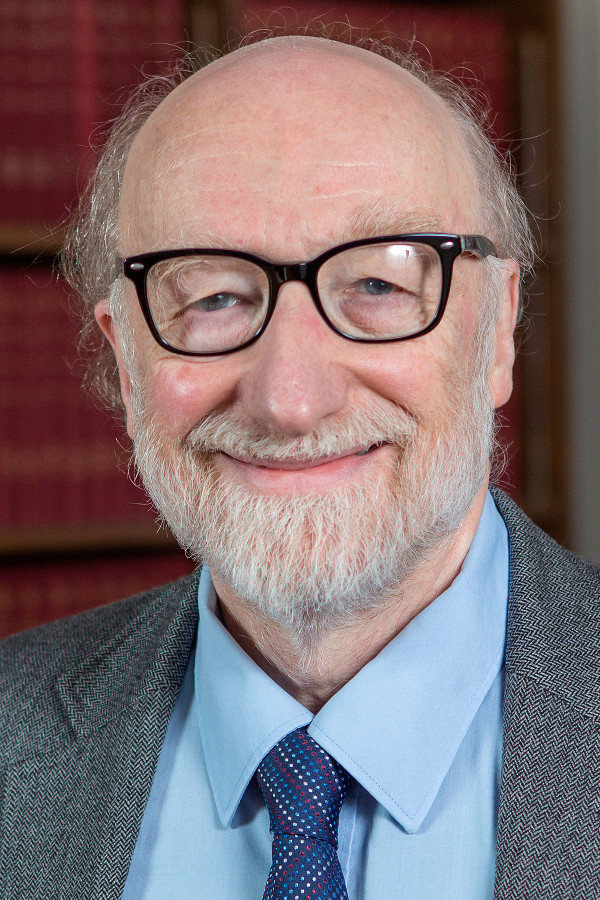 Lord Tony Greaves, Liberal Democrat Peer
Meanwhile Lord Tony Greaves, a Liberal Democrat Peer, has submitted a written Parliamentary question asking what discussions the Government is having with local authorities and interested parties with a view to completing a cycle route along the former railway between Halifax, Bradford and Keighley, via Queensbury Tunnel. He has also asked the Government to “instruct the Historical Railways Estate not to take any action which would prevent the restoration and use of Queensbury Tunnel for such a purpose until the completion of a full and proper assessment of the tunnel’s condition, economic potential, connectivity challenges and associated asset management issues.”

Lord Greaves, who was born in Bradford and is a keen recreational cyclist, says: “I’m asking the question to try to pin down the Government on this matter and to help in the process of persuading them that the creation of a cycleway that uses the tunnel is a sensible, realistic and very desirable way forward.

“I am very impressed with the commitment and professionalism of the Queensbury Tunnel Society and will do what I can to help their campaign.”

Norah McWilliam, leader of the Society, says: “We are obviously delighted that Councillor Senior and Lord Greaves can see the tunnel’s potential and support our campaign to save it. Whilst we recognise it’s a structure that presents many challenges, we know they can be overcome at a sustainable cost and that investment in the tunnel will be repaid handsomely over time through social and economic benefits.

“We hope that both the local Council and central Government will work collaboratively with us to ensure those benefits are secured for future generations. It would be wasteful and short-sighted if the Historical Railways Estate was allowed to convert £3 million of public money into concrete and pour it into a black hole.”

Just before Christmas, a Council official assured the Society that “Bradford Council will do everything within its means to explore various options to keep the Queensbury Tunnel open as long as, in doing so, it would not be detrimental to the Council.”

An ePetition (www.tiny.cc/QueensburyTunnel) asking for HRE’s abandonment plans to be suspended has now been signed by almost 7,000 people.