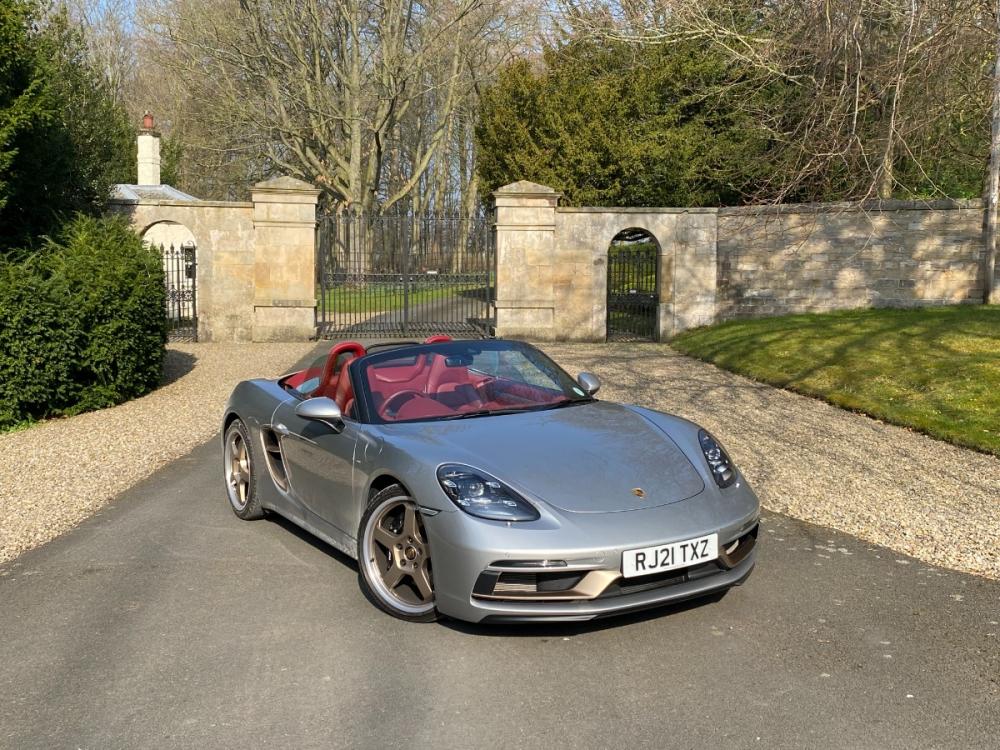 There can be no doubting the sales success of the Porsche Boxster. Introduced way back in 1996, aficionados and purists rather scoffed at this new mid-engined interloper and even today, many dismiss the Boxster whilst lauding the iconic 911.


The official 0-62mph sprint time of around 4.5 seconds gives some indication of what’s available at the behest of your right foot
Celebrating reaching the grand old age of 25, Porsche brought out a limited-edition model, restricted to just 1,250 units worldwide and undoubtedly one for the collector.

Based on the GTS 4.0 model, power comes from a 400hp 4.0-litre six-cylinder engine, the aim being for scintillating performance. 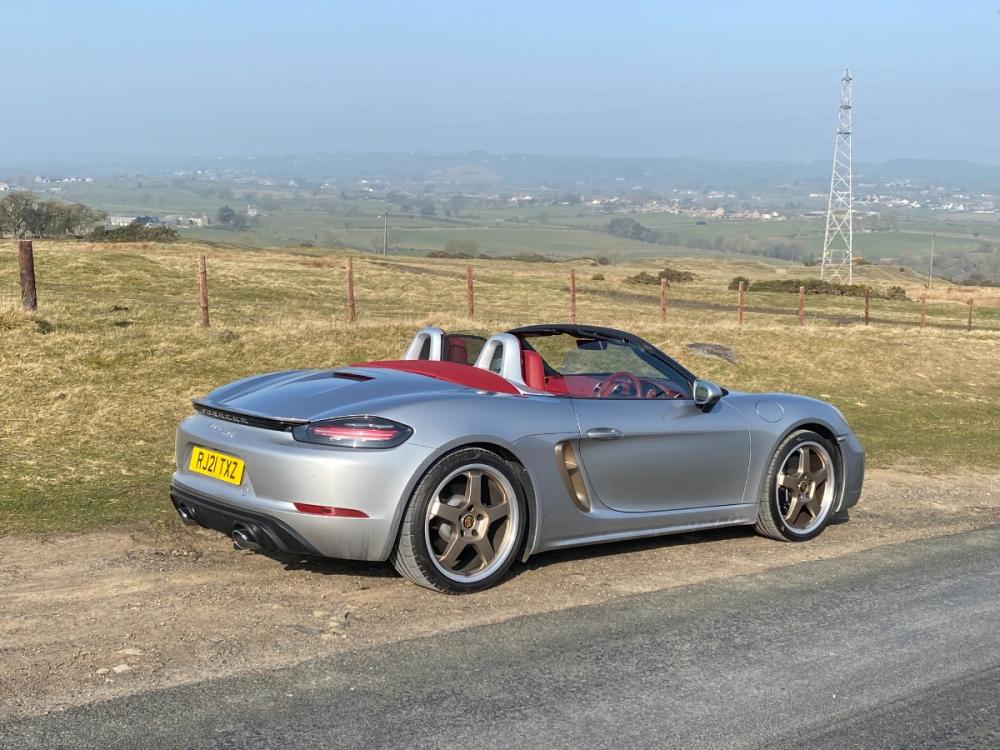 The model makes reference to numerous design features on the Boxster concept car that heralded the success story of the open-top two-seater at the 1993 Detroit Motor Show. The production version was launched in 1996 with hardly any changes in its visual appearance and is now in its fourth generation after a production run of more than 357,000 units.

In keeping with the style of the historic original, the special model combines a Bordeaux leather interior with a red fabric convertible top, the latter being embossed with Boxster 25 lettering. 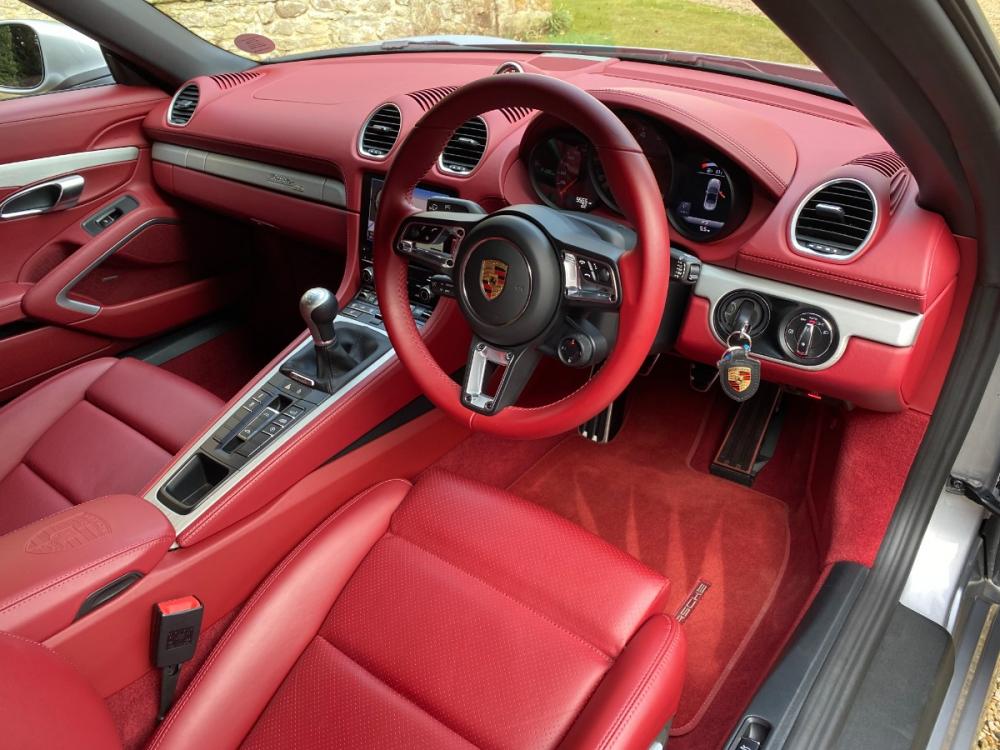 At a recent drive event based at the delightful Headlam Hall Hotel near Staindrop, I got to sample the Boxster on some excellent driving roads.

Climbing aboard the Boxster, it was all so very familiar. You sit low, legs stretched out and with the chunky steering wheel and stubby gear lever both falling easily to hand. The seats are firm and supportive, just right for a sporty drive. 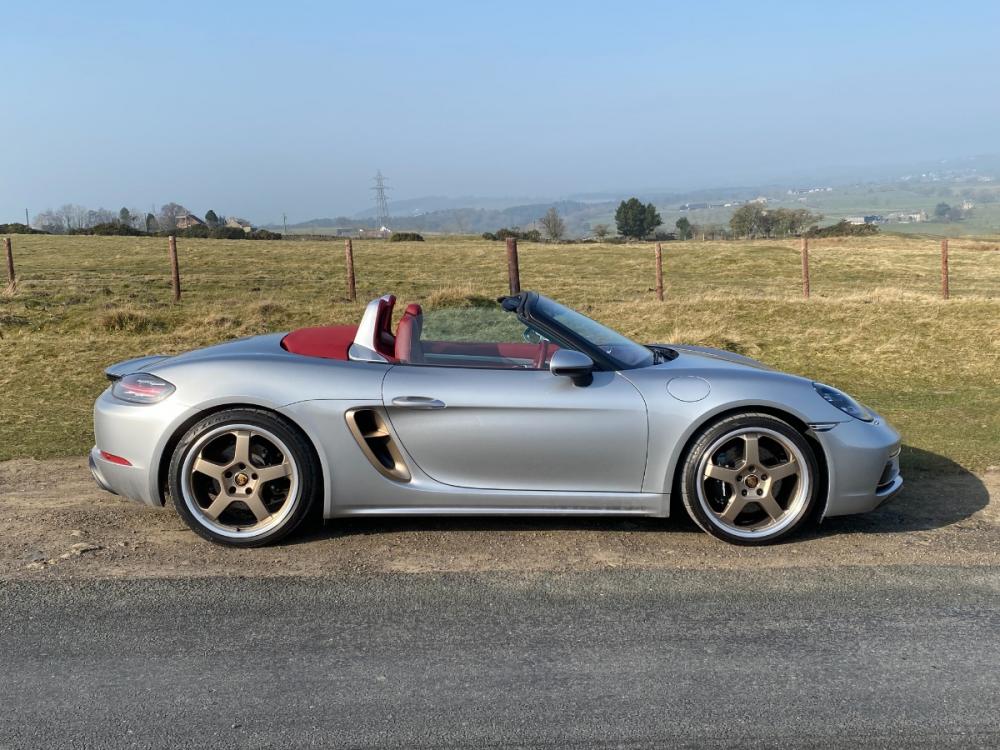 Even though the sun had yet to offer much warmth, the roof was dropped, and the heater turned up, all the better to revel in the sound of the distinctive flat-six motor at full chat.

From memory, the last Boxster I drove had the 2.7-litre engine. Let’s just say the 4.0-litre engine ups the performance game somewhat. The official 0-62mph sprint time of around 4.5 seconds gives some indication of what’s available at the behest of your right foot. Super quick in all situations and a great danger of picking up some unwanted penalty points. Restraint was required.

Driving the 25th Anniversary Boxster has reawakened my desire to be an owner. A new model will remain a pipe dream ...
Aiding progress was the slick six-speed manual gearbox, a delight to use. A PDK self-shifter is an option, but not one for me.

Unsurprisingly, handling is a Boxster forte. The slinky Porsche corners as if it is on rails, with body roll almost completely banished. Bends on the familiar test route were taken at hitherto undiscovered speeds with a complete lack of drama. You would have to be very brutal to get the car to step out of line.

The ride is firm, but never uncomfortable even with the adjustable dampers in the hardest setting. The Boxster will doubtless make an excellent long-distance cruiser too, though that’s for another day as the car was wanted back at base for other eager journos to sample.
For a two-seater sports car, practicality is surprisingly good. There are two usable luggage compartments, one wide but shallow at the rear and another narrow and deep at the front. Room for the weekly shopping or the designer bags for a weekend away.

Later in the day I got to sample a 911 in standard guise, which got me wondering which I would choose to have in my dream car garage. I could make a case for either, but ultimately that perky 4.0-litre engine and the ability to drop the roof tips the scales the Boxster’s way. A close call and not that much of a price differential either. 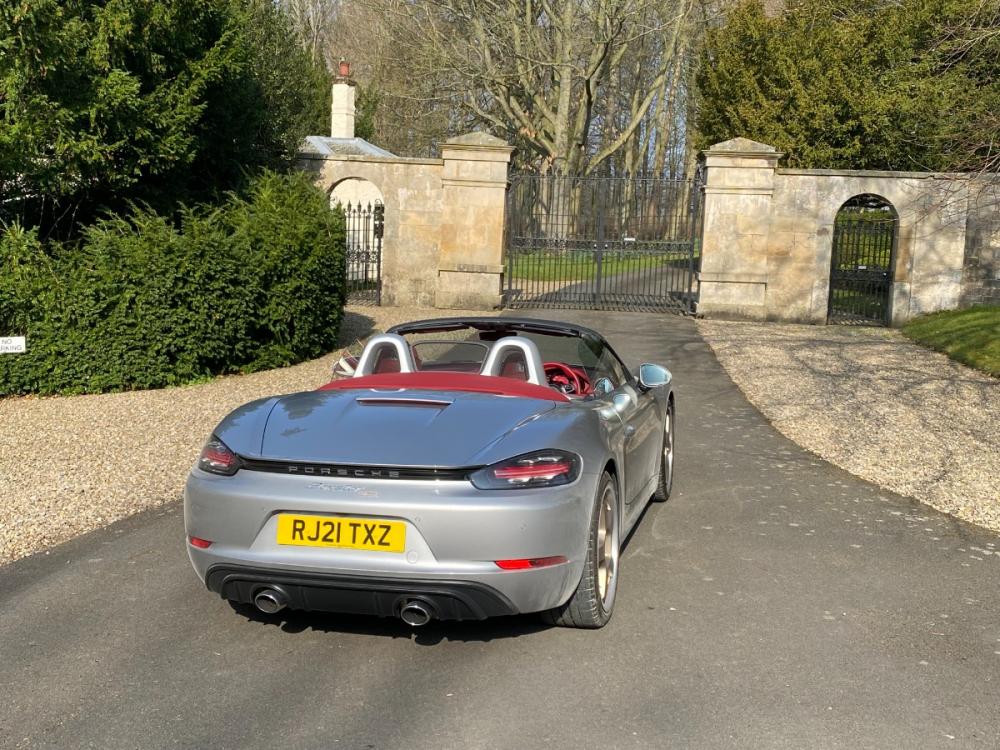 There’s no doubt the Boxster has come along way in 25 years, but the essence remains the same. Top notch German build quality and a sporty and luxurious interior are just the start. It’s the ride and handling that excites, whatever engine sits amidships, a true driver’s car.

Driving the 25th Anniversary Boxster has reawakened my desire to be an owner. A new model will remain a pipe dream but trawling the Autotrader website reveals a clutch of fine-looking cars, all in the £10,000 to £15,000 price bracket. I suspect my Boxster is out there somewhere. I just need to keep topping up the piggy bank. After all, who needs a pension?