Porsche Macan – Still The One To Beat 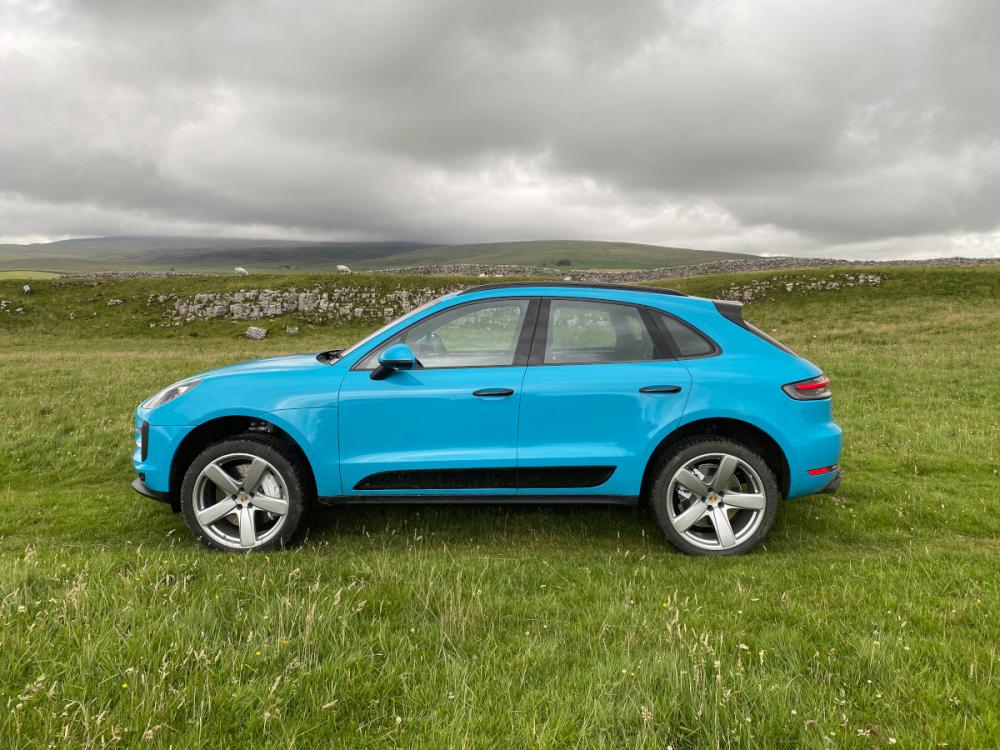 Let us turn the clock back. Porsche, renowned maker of desirable sports cars wanted to expand. Much to many aficionados’ consternation, jumping on the SUV bandwagon was seen to be the way forward. But what a smart move this was. Cayenne was the first to be launched, with the smaller Macan following a few years later. 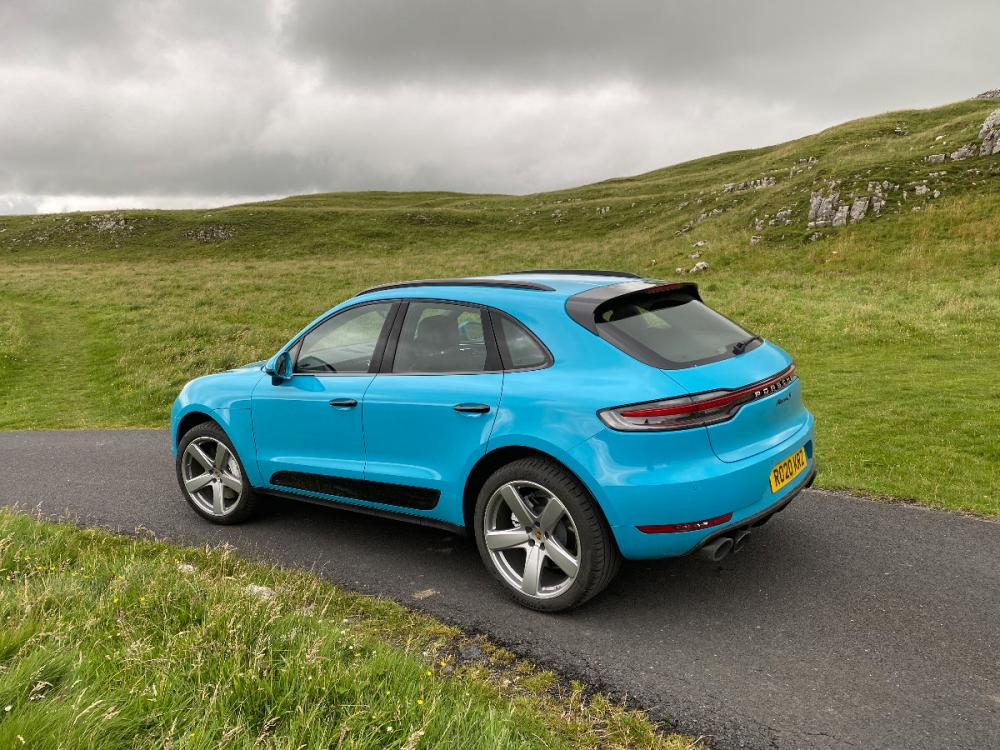 Sales have undoubtedly exceeded expectations and the money generated from these new family-friendly models has clearly helped finance the latest generation of more overtly sporting cars, such as the all-new 911. Others have followed suit; Lamborghini, Maserati and most recently Aston Martin.

On test here is the latest Macan, in sporty ‘S’ guise. It is better proportioned than the Cayenne and oozes desirability. In dazzling ‘Miami Blue’, the car attracted much attention on my convoluted travels across the UK. 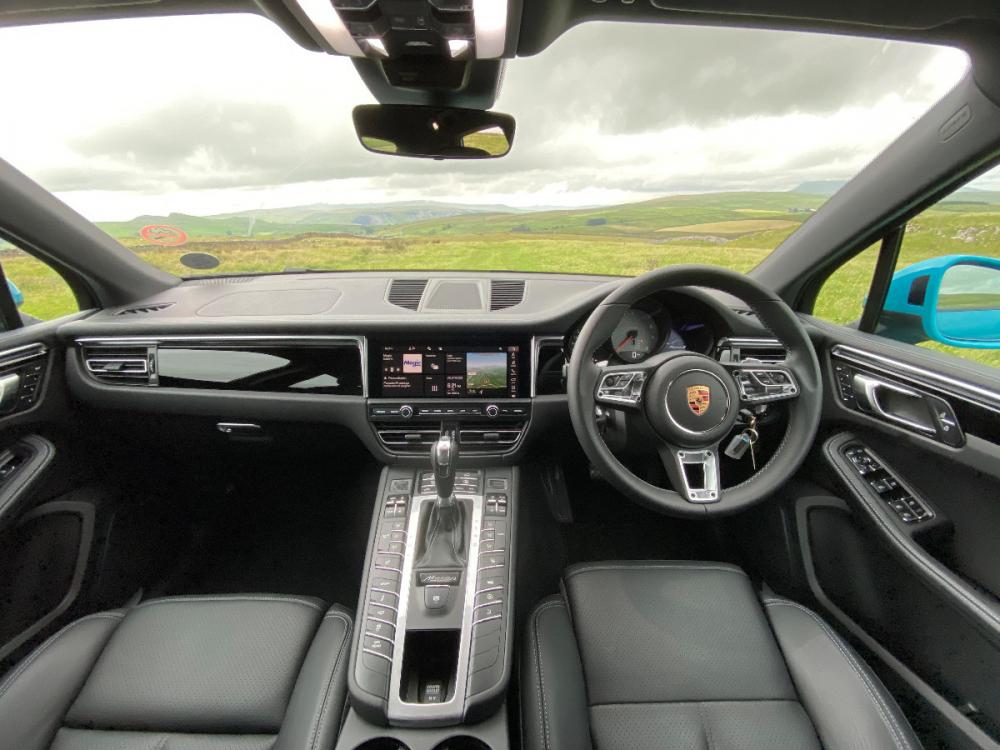 Those familiar with the iconic 911 will feel immediately at home. Cosseting seats, a clear dash with the rev counter in pole position, signalling intent. 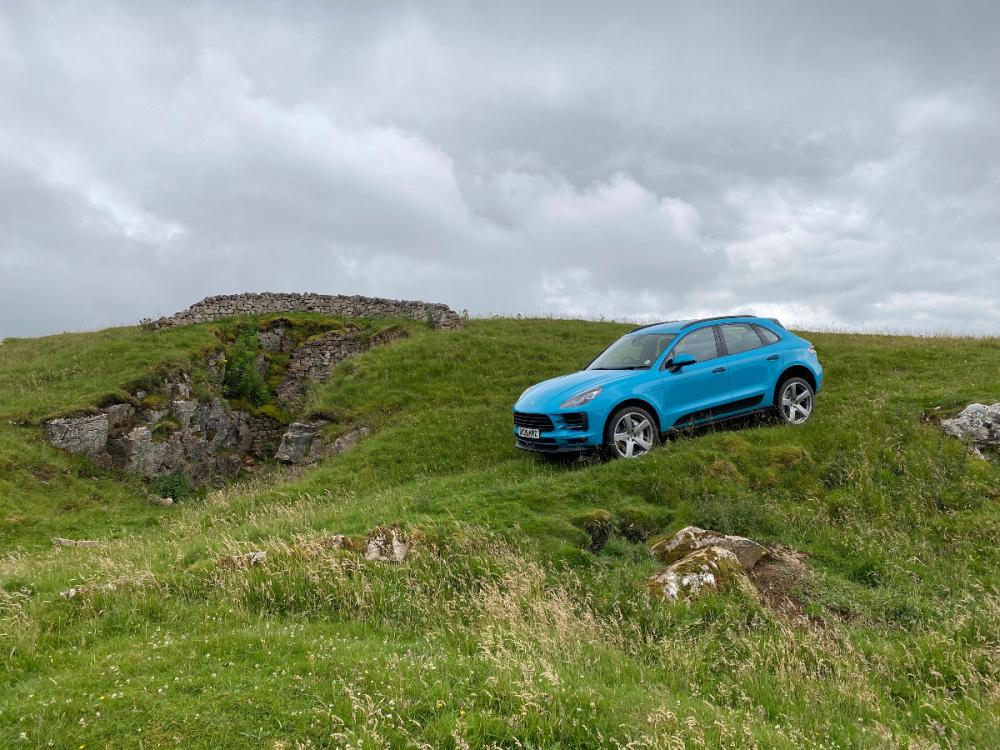 Fire up the engine, engage drive using the prominent lever, a squeeze on the accelerator and we are off. My initial thoughts were that the Macan was not as fast as the figures suggest. Engaging sports mode ups the ante, no doubt.

However, where the Macan scores is its ability to cover ground at a blistering pace. It is not all about straight line speed, it is the Porsche’s cornering ability that dazzles. Body roll is almost absent, the chassis beautifully balanced and the more I pushed the car on some of my favourite test routes, the more it seemed to respond.

The ride is undoubtedly firm, yet never uncomfortable and is clearly geared towards the driver who wants to have fun. 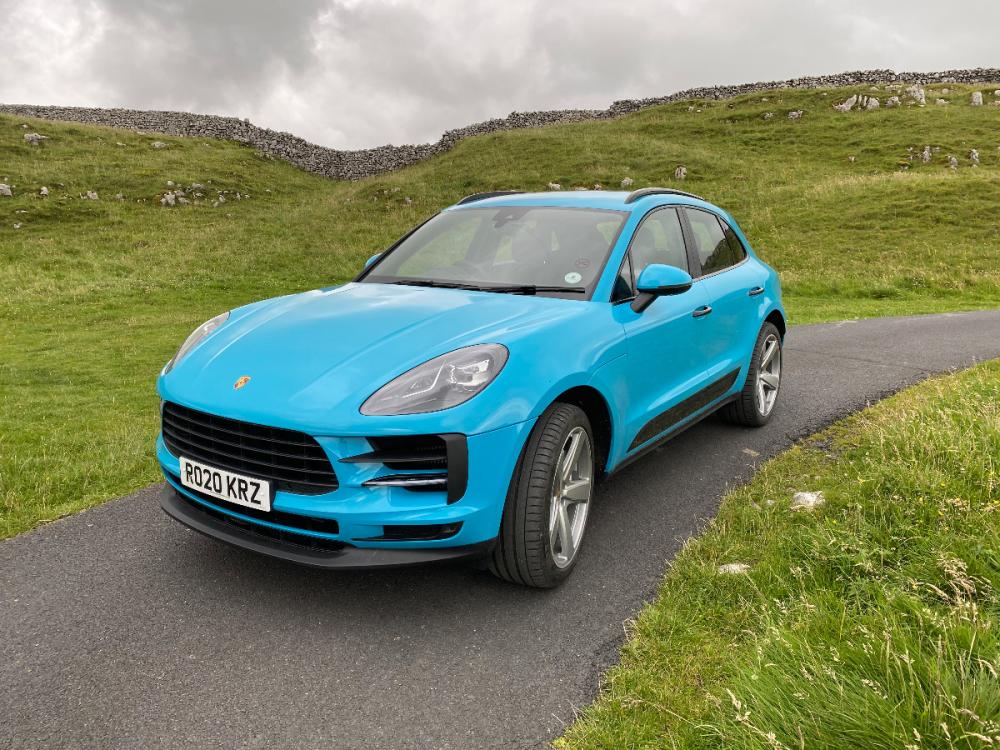 As a long-distance cruiser the Macan also excels. This was ably demonstrated in the form of a late-night drive home from London. A little too much time spent with family saw an 11.30pm departure, a four-hour drive ahead.

The motorway miles flew by in a cruise-controlled and refined manner, but once free from the motorway monotony, the Macan made the last hour of the journey home an absolute delight. As such, I reached journey’s end a little tired, yet somewhat exhilarated. I could easily have carried on driving, despite the late hour. 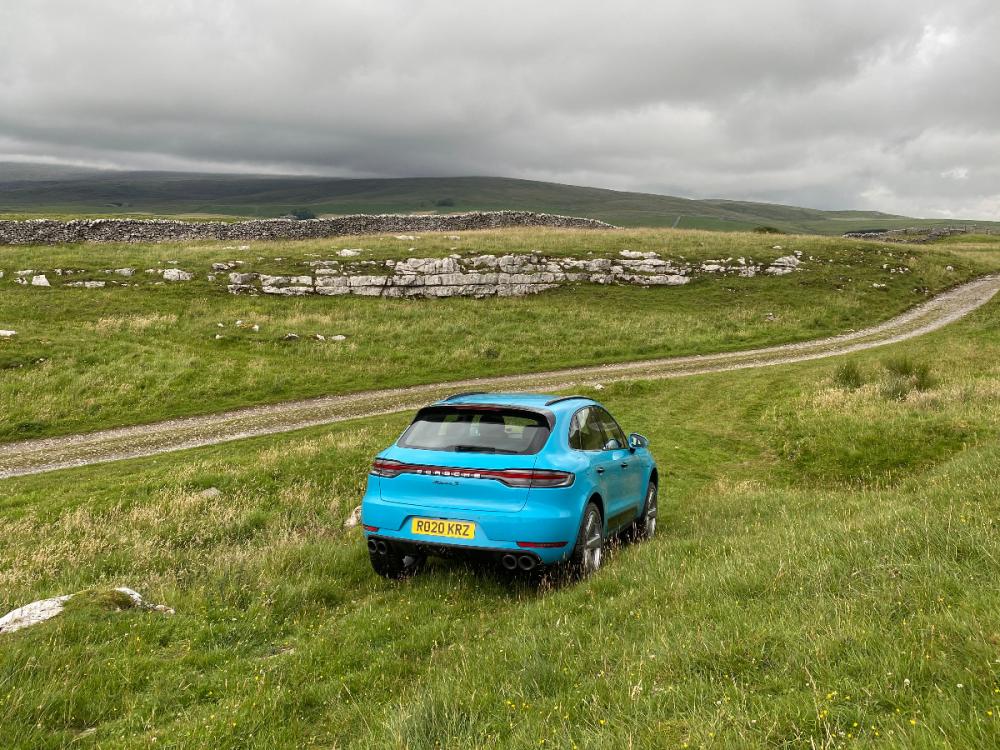 And let us not forget all this excitement is from what is essentially a family-friendly SUV, equally at home on the school run.

Economy – I got around 30mpg when gently cruising, nearer to 25mpg overall. Porsche no longer sell a diesel Macan, so this is probably as good as it gets.


Also by Andy Harris...
Porsche Taycan Turbo – First Drive ReviewSuper Stylish SUV From Aston Martin – DBX On TestAdventure-Ready Land Rover Defender Works V8 TrophyHyundai i20 – First Drive ReviewNew Defender Does Battle With The Elements
Almost all mainstream manufacturers have an entry in this sector. Premium rivals include the following offerings from Germany - The BMW X3, Audi Q3 and Q5, Mercedes-Benz GLB and GLC. Nearer to home we have the Jaguar E-PACE and F-PACE and from Italy Alfa Romeo offers us its Stelvio.

All are desirable and I could spend quite some time making a case for each one.

However, the Macan stands head and shoulders above them all, not only in the desirability stakes but more importantly in the way it drives. Build quality is exemplary too.

As is often the case when a car is on test, I trawl the small ads looking at second-hand examples, usually ones I cannot afford. The Macan holds its price exceptionally well and good examples are in much demand. Witness a good friend trying to buy a petrol-powered Macan, but somehow was never quick enough to grab good example and that rather says it all.

If you can afford it, pay the money, you will not be disappointed. Then when you come to sell, you will reap the rewards in terms of the car’s retained value. And think of all the fun you will have behind the wheel.

Later this month I get to drive the new Porsche Panamera saloon. Watch this space for my UK first drive feature.