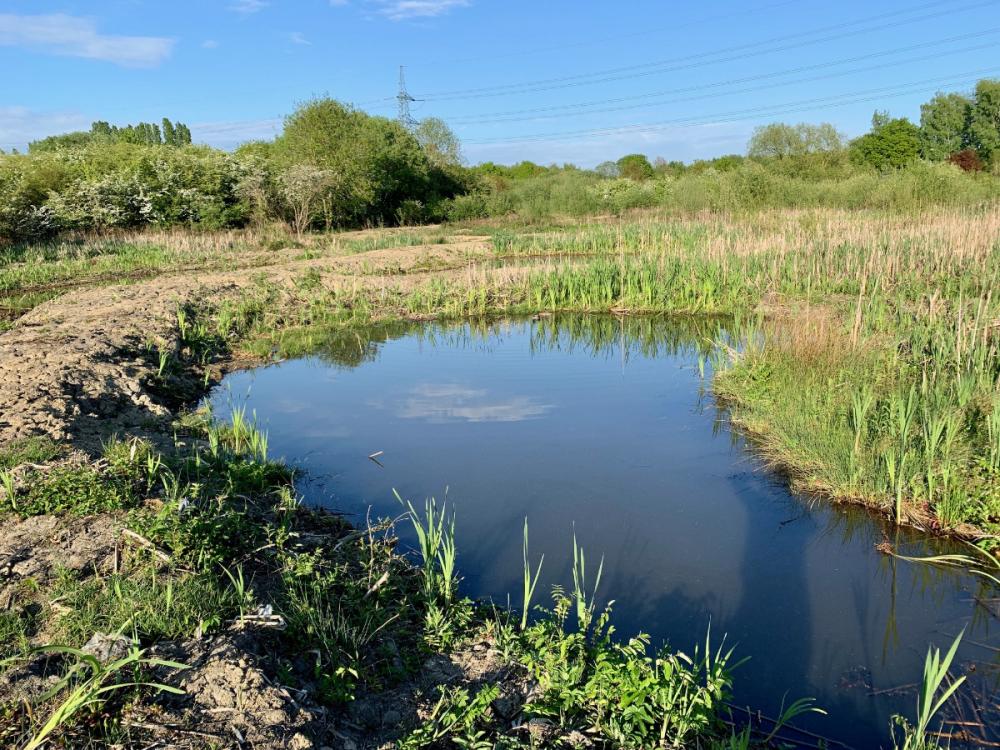 Sheffield-based ecological consultancy Wildscapes has welcomed the news that Natural England has introduced its 'District Level Licensing' scheme in South Yorkshire which will help protect and enhance great crested newt habitats. This new scheme to South Yorkshire means that when a proposed development is likely to disturb or damage great crested newt (GCN) habitat, developers now have the option of a quicker and simpler alternative to the traditional GCN mitigation licence.

The scheme not only benefits developers by offering certainty in terms of costs and timescales, but means that multiple new ponds will be created for great crested newts – far more than the number impacted by the development. Once the developer in South Yorkshire applies for and receives their licence under the district level licensing scheme, Natural England will instruct Wildscapes to create a certain number of ponds to compensate for any lost due to the development.

Wildscapes, which recently created its 50th pond for great crested newts in the South Yorkshire and Derbyshire regions, is the lead delivery contractor for the creation or restoration of a number of GCN ponds in this area.

“We are facing a dire situation with over 50 per cent of great crested newt habitats lost in the UK during the last 60 years. It is positive news that Natural England has introduced District Level licensing to South Yorkshire as it means that more pond habitats will be managed and monitored for 25 years to ensure their long-term future.”

The aim through the scheme is that multiple new ponds can be created in the best places for newts to thrive. All these ponds are maintained and monitored by the company in South Yorkshire for 25 years. The scheme is set to bolster newt populations, whilst helping to make newt populations more resilient to external pressures and as the ponds are being monitored, it will provide a better understanding of GCN populations for conservation purposes.

“The new ponds that we create will typically be in the same region as the development. It is our job to find suitable locations for the ponds, which is why we are working with landowners and farmers to identify land. There are several things to consider including soil type and surrounding area, but the main criteria for the pond locations is their proximity to known great crested newt populations. We try to ensure that a new pond will be close enough to their current habitat, so they can easily move there. Ideally the new ponds will be in between several different GCN populations, providing more opportunities for breeding.”

50% of the UK’s ponds were lost during the 20th century, whilst the majority of remaining ponds are classed as being in a poor state.
Many ponds are man-made and were mainly lost from our landscape due to land use change; in particular, the move away from mixed farming that occurred from the early 1960s.
Studies show that it is the loss of these ponds that has been the main factor in the decline of GCN.