Q & A With Susannah Wise, Author Of This Fragile Earth 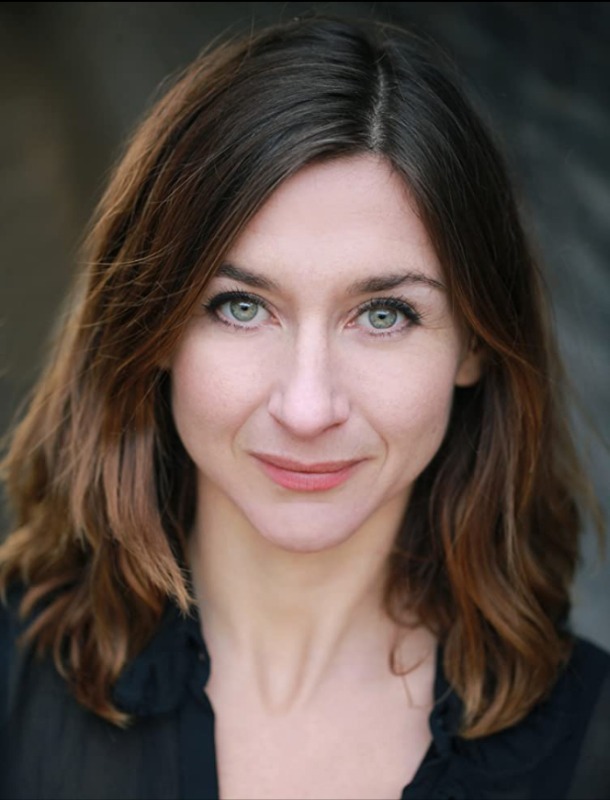 Susannah Wise
Fragile Earth is a very English dystopian fiction, in the spirit of John Wyndham’s The Day of the Triffids and H. G. Wells’ The War of the Worlds, yet isn’t necessarily limited to readers of this genre. It could quite easily be situated on a range of shelves in a bookshop. Susannah Wise states that “it crosses over quite a lot of Venn diagrams of genres. It’s all a little bit commercial but not completely commercial. It’s very dystopian but also grounded science fiction with crossover appeal”. Wise adds that her piece is aimed at “people who wouldn’t normally read science fiction”, and “women particularly, who might not normally read this genre”.

Wise reveals that the three main influences upon her work were: The Day of the Triffids, Emily St. John Mandel’s Station Eleven, and Cormac McCarthy’s The Road. The latter is particularly evident - an apocalyptic story in which father and son can be seen circumventing the perils of burnt-out cities in the US. In Fragile Earth, the action is instead transposed to the English countryside, with mother and son negotiating deserted rural counties in a desperate bid for survival.

The idea for Wise’s tale about the breakdown of technology, and the subsequent breakdown of society, first came to her in a dream: “I started writing Fragile Earth in 2015. I’m very good – too good! – at day-dreaming catastrophic fantasies. I love thinking about the worst possible thing that could happen. And then I had a dream, this story, complete in its entirety. I woke up the next morning and thought, ‘I’ve got to write this story down’. I then found that I didn’t want to stop!”

Wise then auditioned for a high-powered writers’ group in North London, in order to obtain feedback and bring her ideas to fruition. “It was the equivalent of Weight Watchers for writers,” she reflects. “You were compelled to get your words down, be good and impress the collective. That was what drove me.” The results speak for themselves. Wise writes with a surgical laser, with everything pared back and nothing extraneous or non-essential left to clutter her pages. She confirms that she “didn’t want to leave any extra fat” during the writing process, and to this end her “tone is pulled right back to the bone”. Interestingly, she also reflects that her experience as a writer differs greatly from that of her other vocation as an actor. “As an actor,” she explains, “you can only create when people give you work, and you’re just a cipher for other people’s words. But as a novelist, I suddenly had control over this creative world, my characters could say what they liked, and no-one was invading my boundaries. It just felt amazing!”

The action takes place in a number of bucolic small-town settings, inspired by places Wise adored growing up. “Fragile Earth was a love letter to the countryside I grew up in,” she divulges. “I spent half my life in the countryside in Northamptonshire – in the wild essentially. I was quite feral! They’re my favourite memories. I have a deep connection to nature, the sanctity of it, and the amazing healing power of it”. Furthermore, it makes for an interesting contrast, a story about a global crisis located in very quaint English countryside, with only a small cast of characters. In this sense, the fates of billions seem to hinge upon the actions of but a few individuals. 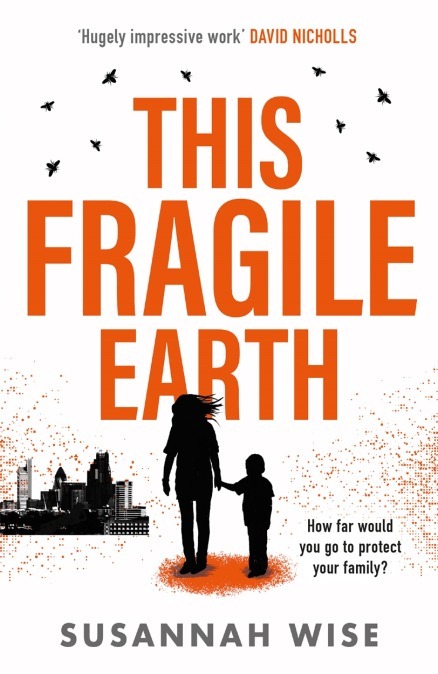 One of the key themes of Fragile Earth is man’s over-dependence on technology. We currently spend countless hours on social media, ironically becoming very antisocial in the process, eschewing the company of others in favour of our own private cyberspaces. “We’re all sort of surgically attached to our devices,” Wise comments. “I read Liam Brown’s Skin, where everyone is shut in their rooms due to a pandemic, and people are just constantly on their tech”. Then, as Wise demonstrates, when said technology inevitably falters, people are left unable to function on their own terms. The novel’s protagonist, Signy, even loses track of time. Without an electronic calendar to guide her, she can never be certain how much time is passing. The chapter headers begin to lose sequence and are instead recorded simply as “The next day” up until “The final day”.

In a matter of days, as the situation exacerbates and basic utilities are disconnected, we see scenes of scavenging and looting – men fighting one another tooth and nail, for the last tin of beans on the shelf! “When I first took the idea,” Wise recalls, “and started reading some of it out at the writers’ group, some of the members said, ‘Oh, it seems very quick people are behaving in this uncivilised way’, to which I replied, ‘If you take away food and water, it would literally take less than twenty-four hours before people started behaving completely anarchically’”. Indeed, this echoes Lenin’s axiom: “Every society is three meals away from chaos”. Even Signy is depicted as a flawed heroine, refusing to share her remaining rations with others. Yet, despite these failings, we can still admire her for the extent to which she goes to protect her son, Jed, from danger. For Wise, this is all part and parcel of creating a well-rounded character: “When you’re pushed to extremes, you start to see who you really are”.

Wise also flags the dangers of technology more broadly, namely “not programming AI properly”, which she also cites as the driver for her original story idea: “I attended an amazing New Scientist masterclass day about the future of artificial intelligence early on when I was writing the book. There was a lot of talk about how much self-learning these machines should be permitted. Artificial intelligence itself is not evil, but it only has to set certain things in motion to radically affect our lives” – a concern Philip K. Dick also explored in Autofac (1955), a short story in which a vestigial mankind can be seen bearing the brunt of a rogue AI, ironically set in its ways trying to serve humanity, yet steadily running the planet into the ground through an algorithm of misplaced benevolence. Fragile Earth presents a number of technological innovations, which could potentially become threatening in the event of a programming error. For example, a “Bin-X” trash-collection robot, which, in the event of a glitch, could easily start to mimic one of Robocop’s ED-209 urban pacification droids. “If you’ve got the wrong software in there,” Wise explains, “then anything could happen.”

I asked Wise if at any point she saw herself in her protagonist’s shoes, and musing how she might act in each circumstance to protect herself and her own child from danger. In hindsight, this was perhaps a bit of an obvious question to ask! “Oh, my god,” she confirmed, “one hundred percent! This is basically me and my son. I thought, ‘What if I were on my own with him, what would I do?’.” Mother and son make a refreshingly good team in the story, supporting one another every step of the way and pulling each other through the hardships and setbacks of their perilous journey.

Fragile Earth is an eco-dystopia with a pro-environmental message. References are made to leafless trees, a near-extinct bee population and a highly ravaged ozone layer, to cite but a few examples. “I care about the environment and climate change,” Wise states, “but as David Attenborough says, we’ve already hit ‘tipping point’, and all we can do now is try and limit the damage.” Alea iacta est! Furthermore, through the character Jed, Wise subtly employs a child’s logic to deliver a number of important ecological home truths, notably a scene in which he makes his mother stop and think about the destruction of the rainforest. “He was an amazing cipher,” Wise adds – “my exposition, my mouthpiece! A child likes to tell it how it is. He was able to deliver facts in a very simple way and give a great deal of information over”.


Also by James Goodall...
“Love All, Trust A Few, Do Wrong To None”: Leave The World Behind By Rumaan Alam“Where Men Can’t Live, Gods Fare No Better”: This Fragile Earth By Susannah WiseA Greater Obedience To Authority: From Richard Condon To Stanley Milgram'Numbers Rule The Universe': Q By Christina DalcherAn Interview With Heather Child: Author Of Everything About You And The Undoing Of Arlo Knott
Fragile Earth is prescient in many ways, for example predicting Covid-19 with its own similar Bovine Staph pandemic. Also, in first attributing her technological breakdown to a possible “Chinese hack”, Wise eerily predated the Huawei telecommunications crisis of July 2020 in the UK: “People think I’d probably churned it out last year, jumping on the back of Covid and Huawei, but I’d written it long before then. We hadn’t even had Brexit! It’s had quite a few incarnations in terms of its setting and what was going on since then”. In fact, Wise notably refrains from grounding her story in a definite time period. “Originally it was set in 2028,” she divulges, “but that seemed a little too close for people to suspend their disbelief. This is the problem with writing science fiction, you start with ideas that are really original and, of course, by the time it’s published, everything’s caught up and it feels like old news!” Indeed, take Back to the Future Part II, for example, filmed in 1989 and set in 2015 – a date we have now surpassed by six years, yet sadly we still don’t have hoverboards or flying cars. In not assigning Fragile Earth an arbitrary future date, Wise avoids such temporal trappings, and consequently her story will age the better for it.

Wise’s upcoming novel, OkayThen That’s Great (a working title), is scheduled for publication in July 2022. She describes it as “a dark comedy about grief and middle-age”.

This Fragile Earth is published by Gollancz.