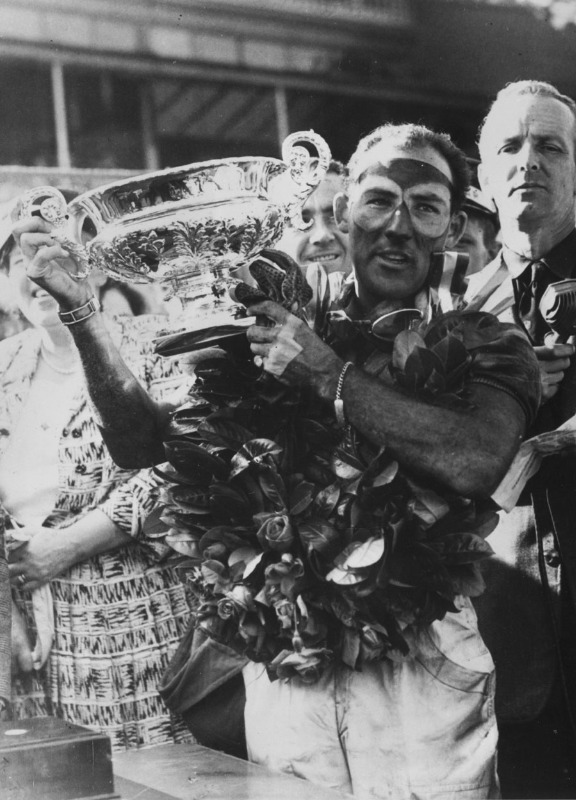 Stirling with the victory spoils after his maiden F1 win at Aintree in 1955
Sir Stirling Moss, who died in the early hours of 12 April 2020 following a period of ill health, was a friend, a colleague and far more importantly without doubt the greatest Formula 1 driver never to become a world champion despite being the runner-up on four occasions.

During the early stages of his racing career he competed in trials and sprints before progressing to 500cc motorcycle-engined machinery and then making a name for himself as an extraordinarily successful sportscar driver, soon becoming the Jaguar team leader. His victories in the 1955 Mille Miglia for Mercedes and the 1959 Nürburgring 1000km event were legendary.

In 1954 Moss’ father Alfred and his manager Ken Gregory purchased a Formula 1 Maserati 250F and Stirling’s impressive displays impressed the then Mercedes team boss Alfred Neubauer so much that he signed the young British driver for the 1955 season as team-mate to the mighty Argentinian racer, Juan Manuel Fangio.

That year Moss claimed his first F1 victory at the British Grand Prix at Aintree, now far more well known of course for horse racing and the Grand National, as the dominant Mercedes team finished in the top four positions. He finished 1955 as the championship runner-up to Fangio and was the runner-up again for Maserati the following year and then for Vanwall too in 1957 and 1958. 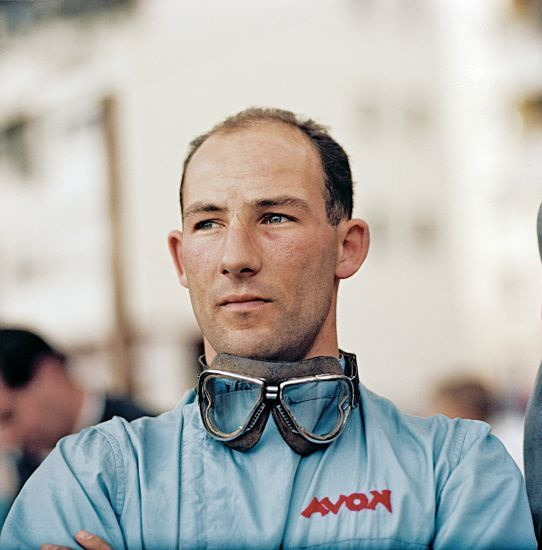 Undisputedly the greatest Formula 1 driver never to become a world champion
Another British driver, Mike Hawthorn, became the champion in 1958 for Ferrari despite Moss having won four Grands Prix and his rival just one, something which disillusioned Stirling a little. He subsequently went on to race for the privateer entrant Rob Walker in Coopers and Lotuses.

In early 1962 there was the possibility of Moss racing a highly competitive Ferrari in that year’s Formula 1 season, but such thoughts were sadly cut short when on Easter Monday he suffered a horrendous accident in a non-championship event at the Goodwood circuit, which left him in a coma and facing many months of recovery.

Moss soon realised that his injuries had made him a lesser driver and retirement from top level motorsport followed. He did however subsequently still compete in a variety of events, but was mainly happy just being “Stirling” and spending time amongst the racing community. In 2000 he was knighted for his ongoing services to the motorsport world. 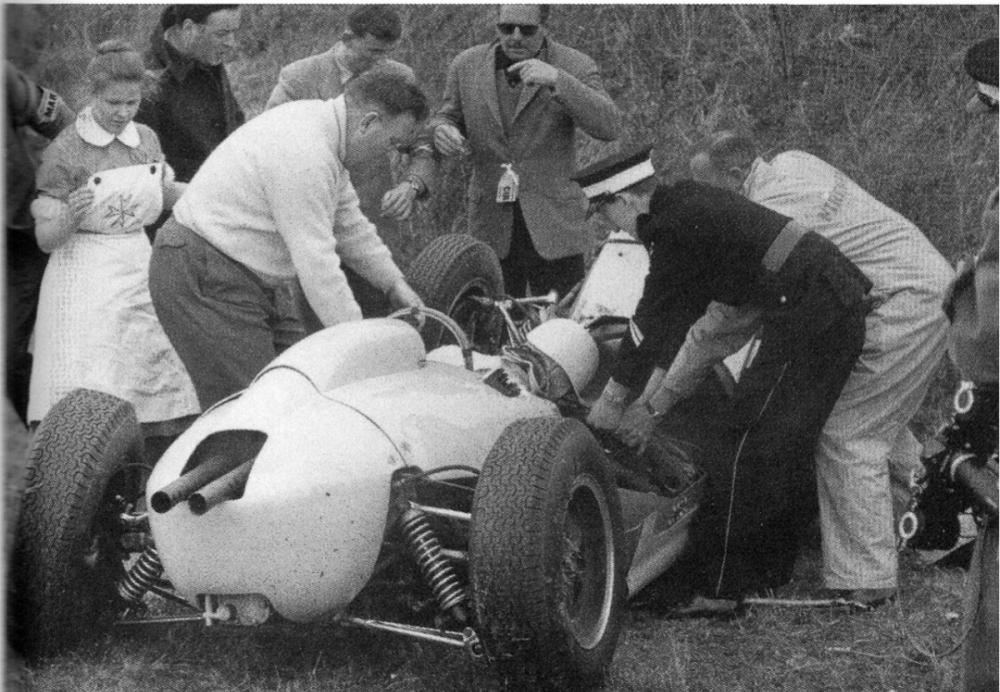 A horrendous accident at Goodwood in April 1962 ended his top level racing career
Back in 2007 I was commissioned to write several features for a major book on Formula 1 known as “The F1 Opus” and one of these involved visiting Stirling at his home in London’s Mayfair to interview him about his first F1 victory at the 1955 British Grand Prix. I still have that conversation stored on my dictaphone and I can recall how welcome he and his lovely wife Susie made me, insisting she took a photo of the two of us outside their home. Also, I had been allocated a slot of 40 minutes for the interview, but somehow ended up leaving over three hours later!

Stirling was such a character, telling me not just about the racing side of that weekend in Liverpool, but also about how he and some of the others drivers spent the night before the Grand Prix out on the town until the early hours, to quote his very words “chasing the crumpet!” He went on to explain how they sneaked friends without tickets into the circuit in the boots of their cars and of course always enjoyed a good fry-up before the day’s racing began. Such different times. 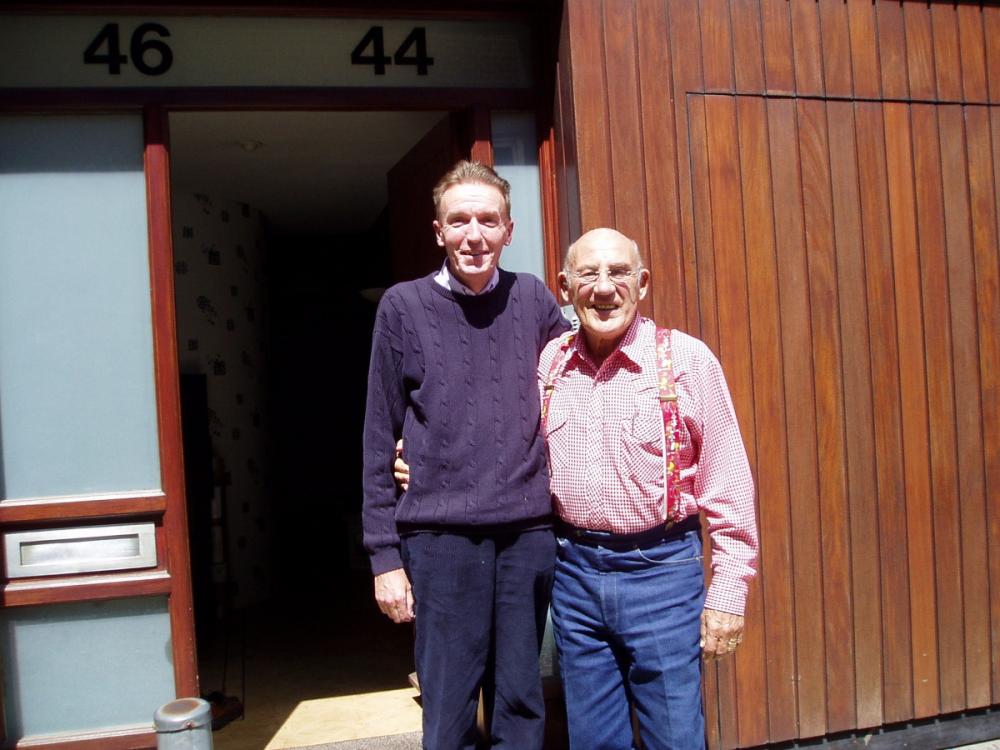 Stirling and yours truly when I visited his London home in 2007 for an interview
I kept in touch with Stirling ever since that first face to face meeting back in 2007 and always enjoyed his good humour. Even after his awful accident at home in 2010 when he fell down the lift shaft, he subsequently wrote to me saying “Afraid I’ve been spending all my efforts trying to rebuild my broken chassis!”.

RIP Stirling. A truly great racing driver and an even greater man and friend.