RMS Titanic Wreck To Be Protected Under Historic Treaty With US

The wreck of the most famous ship in history, the RMS Titanic, will be better protected under an historic international agreement, Maritime Minister Nusrat Ghani confirmed during a visit to Belfast today (21 January 2020). Signed by the UK in 2003, the treaty comes into force following its ratification by the US Secretary of State, Mike Pompeo at the end of last year.

The UK and US governments have both passed legislation giving them the power to grant or deny licences authorising people entering the hull sections of the Titanic and removing artefacts found outside the hull. This strengthens the basic level of protection for the wreck, previously afforded it by UNESCO. Lying in international waters, the wreck was previously not protected by explicit legislation.

The maritime minister confirmed the agreement during a visit to the 1851 Trust maritime roadshow for girls in Belfast, which aims to inspire girls to take STEM subjects vital to a career in maritime.

Nusrat Ghani said:
"I was delighted to visit Belfast today to recognise this important treaty coming into effect.

"Lying two and a half miles below the ocean surface, the RMS Titanic is the subject of the most documented maritime tragedy in history.

"This momentous agreement with the United States to preserve the wreck means it will be treated with the sensitivity and respect owed to the final resting place of more than 1,500 lives.

"The UK will now work closely with other North Atlantic States to bring even more protection to the wreck of the Titanic."

Welcoming the announcement, the Secretary of State for Northern Ireland, Rt Hon Julian Smith MP, said:
"I am delighted that we are taking new steps to protect the Titanic, which played such a famous part in Belfast’s proud maritime history. People come from across the world to the Titanic Belfast visitor centre, and these new measures are hugely symbolic of its continued role in the city’s growing tourist industry." 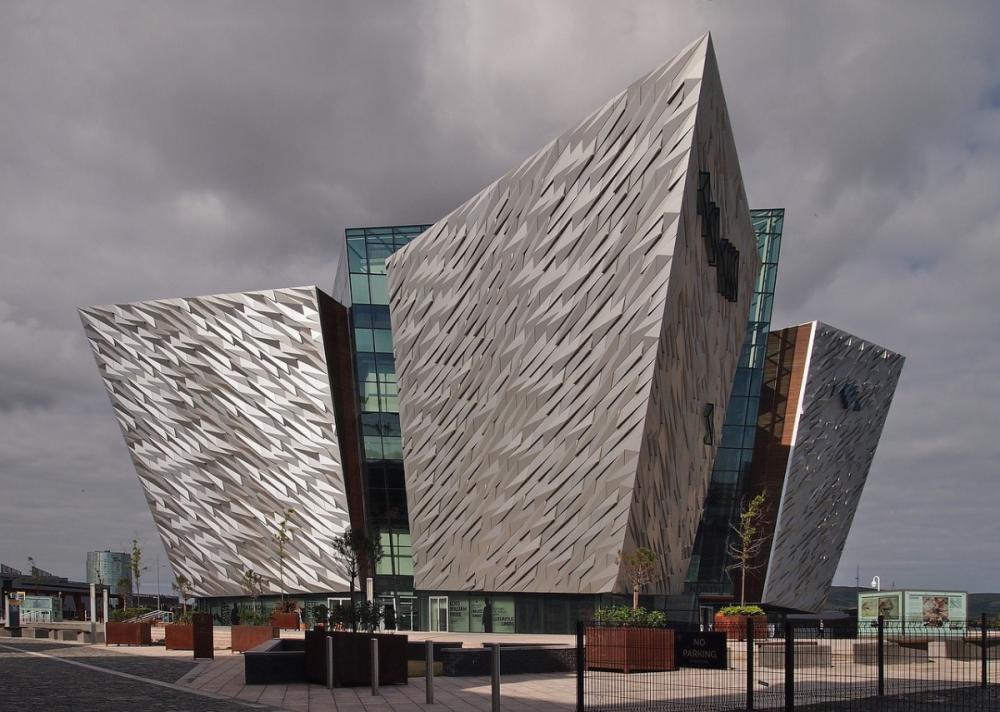 Titanic Belfast Visitor Centre - Image by Josef Kotarba from Pixabay
Chief Executive of Titanic Belfast Judith Owens said:
"Located on the exact spot where the ship was designed, built and launched, Titanic Belfast is committed to celebrating Belfast’s maritime heritage and the people who built the RMS Titanic, whilst commemorating those who lost their lives during the tragic sinking. As such, we welcome any additional protection and safeguarding of the wreck, in line with the views of our strategic partner Dr Robert Ballard who discovered her in 1985."

Registered in Britain and built in Belfast, the RMS Titanic set sail on its maiden voyage from Southampton on April 10, 1912.

On April 15, 1912, after striking an iceberg, the ship broke apart and sank to the bottom of the ocean taking with it the lives of more than 1,500 passengers and crew.

The Titanic disaster instigated the drawing up of the SOLAS (Safety of Lives at Sea) Convention in 1914, which still sets the minimum safety standards by which ships are required to comply.

The wreck of the Titanic was discovered in September 1985 approximately 350 nautical miles off the Canadian coast of Newfoundland, two and a half miles below the ocean surface.

Multiple countries have been negotiating an international agreement to protect and preserve the wreck since 1986, with the ratification of the treaty by the UK and US marking a hugely significant step forwards.

The UK will now take a leading role in working with other North Atlantic States, including Canada and France, to urge them to sign up to the agreement and bring even more protection to the wreck of the Titanic.