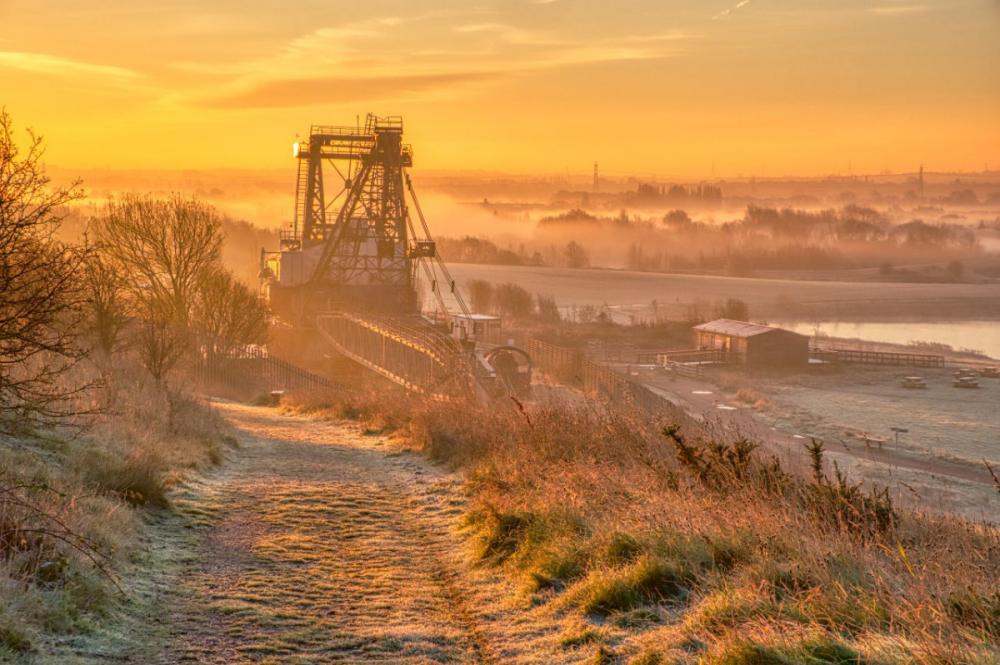 Sunset at RSPB St Aidan's. Credit: Mac Wontorowski
The RSPB, who have over 200 nature reserves in the UK, have hand-picked their best sites to visit on your autumn “staycation”
RSPB St Aidan’s in West Yorkshire have been chosen for it’s spectacular sunsets and panoramic views, while in nearby County Durham, RSPB Saltholme has also made the list.
#EscapetheEveryday this September and experience the magic of autumn colours with the RSPB from either right here in Yorkshire, or one of their other top sites further afield

The UK’s largest nature conservation charity, the RSPB, has revealed it’s “top ten spectacular autumn nature reserves” to visit this September, as people across the country look to escape the everyday with a staycation.

With over 200 nature reserves across the country, the charity are celebrating the wonderful autumn season by inviting people to spend time in nature – whether it’s a relaxing stroll through swaying reeds, a crunchy walk through fallen leaves and mystical woodland, or a peaceful sunset over a mosaic of habitats.

The outdoors, and the wildlife that calls it home, bought solace in much needed times during the Covid-19 crisis, with over half of people in the UK turning to and noticing the nature around them more during the pandemic, according to YouGov (1). Now, the charity hopes that this connection to nature can grow, with more people seeking time in nature to refresh, relax and look after their wellbeing.

Speaking of the charity’s shortlist of autumn nature reserves, the RSPB’s Becca Smith said:
“Whether it’s close to home or further afield, making time to incorporate nature into your staycation this autumn can really help you to recharge your batteries.

"A visit to one of our fantastic reserves can help you do just that. With plenty on offer from winding paths and family fun trails, to wildlife spectacles, vast landscape panoramas, cosy cafés, and shops packed with gifts and treats for any nature enthusiast, there is something for everyone to enjoy this September.”

In Yorkshire, RSPB St Aidan’s nature reserve have been named as one of the RSPB’s best places to visit this autumn.

RSPB St Aidan’s spectacular sunsets and panoramic views across the wetlands to Leeds mean that visitors can watch as the wetland pools reflect the beautiful colours of the sun setting. Follow the mesmerising movements of the starling murmurations as they take over the skies or watch thousands of wading birds flock to the reserve as part of their migration, including species such as black tailed godwits and green sandpipers.

Meanwhile, RSPB Saltholme nature reserve, in nearby County Durham, has been crowned for its spectacular sunsets towards Middlesbrough and beyond. Framed by the industrial landscape surrounding the reserve, visitors can also view the iconic Transporter Bridge basked in an orange glow or enjoy views across the pools and reedbeds of the reserve. In autumn, hundreds of wildfowl graze the wet grassland while shimmering flocks of lapwing and golden plovers land at pool edges.


Joining these reserves, were eight other RSPB reserves in the top ten spectacular autumn nature reserves list, including:

To find your nearest RSPB nature reserve, or to explore what it has to offer from Marazion Marsh near Land’s End in Cornwall, to Fetlar in Shetland, visit rspb.org.uk/reserves