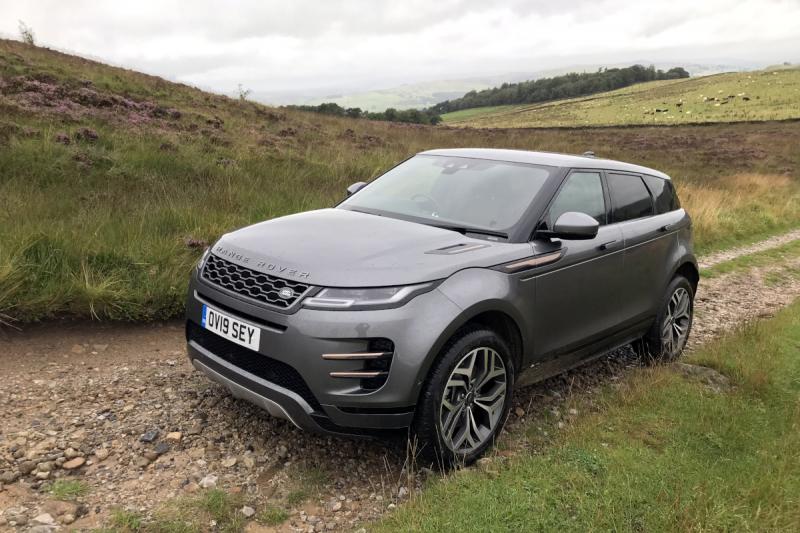 If you have a winning formula, why change it? On initial inspection that would appear to be the philosophy adopted by Land Rover with its new Evoque.

However, looks can be deceiving as the new baby Range Rover is completely new from the ground up. A billion pounds has been invested in the new Evoque, much of which has gone into the car’s electrification. 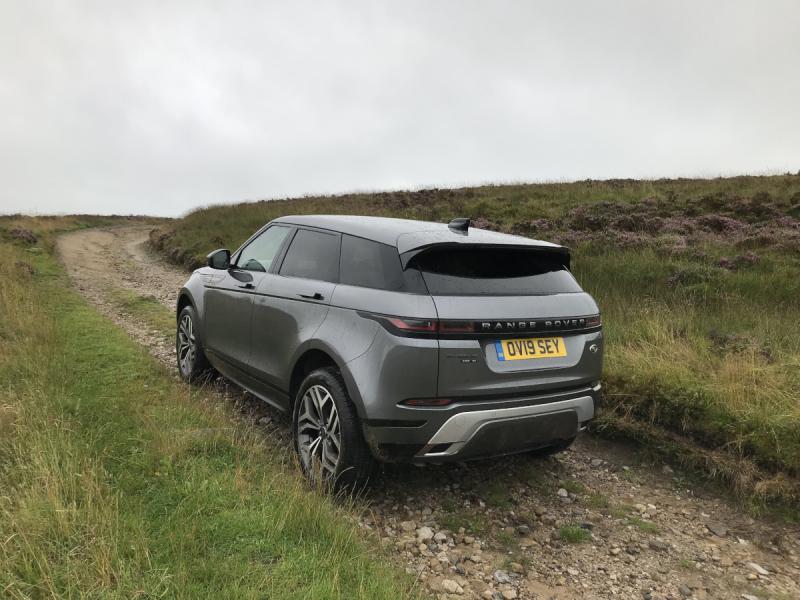 The original Evoque sold over 800,000 units in 116 countries around the world in eight years of production and scooped many awards.  Offering luxury Range Rover attributes in a compact model barely bigger than a Ford Focus clearly caught the public imagination.

The new Evoque remains the same size but an increase in wheelbase has freed up more passenger space.

This is especially noticeable in the rear, where two large adults will now be able to sit with some comfort. Boot space has increased too, and provision has been made for electrification. 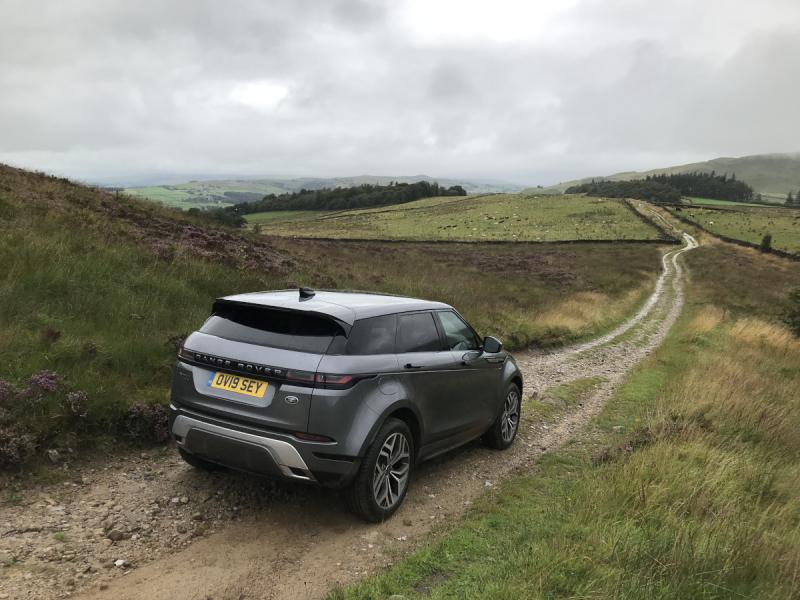 With that in mind, all bar the entry level front wheel drive Evoque, now come fitted with a mild hybrid system. This clever technology allows the recovery of energy when the driver lifts off the throttle.

Better fuel economy and lower emissions are the result. Expect to see a plug-in hybrid model before the year is out.

For the time being, Evoque buyers can choose from 2.0-litre Ingenium diesel and petrol engines with differing power outputs. 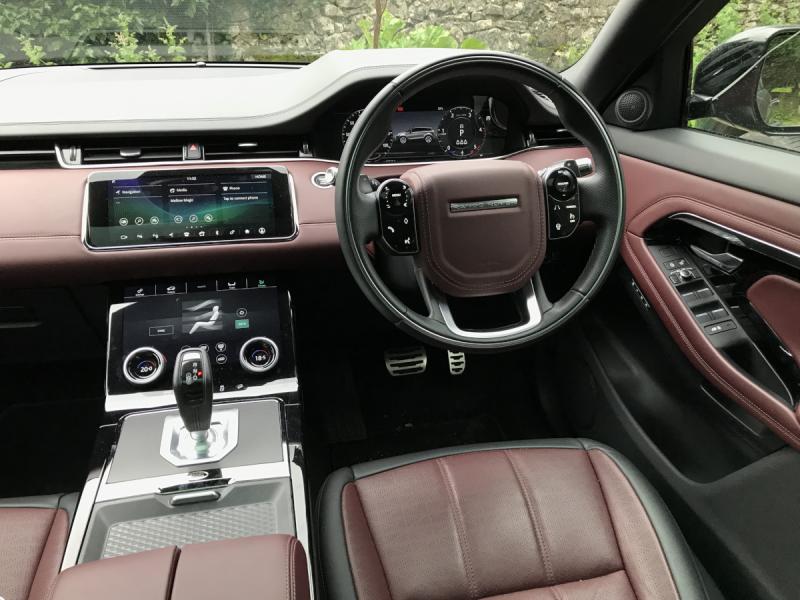 My test car for the week was diesel-powered. Boasting 180hp and mated to a nine-speed automatic gearbox, performance is brisk as indicated by the 8.8 seconds 0-60mph sprint time.

Boasting 430Nm of torque, the engine has plenty of low-down grunt for quick overtakes and rarely felt stretched even on some of the more challenging roads encountered on my travels.

Up to 41.3mpg is promised under the new WLTP testing regime, with the trip computer recording around 35mpg during my time with the car. A gentle late evening motorway cruise to Manchester Airport, saw a creditable 40.5mpg achieved.

Aiding progress is the familiar self-shifting automatic gearbox, which can be controlled by the steering wheel paddles should you so desire. I felt no need to intervene. 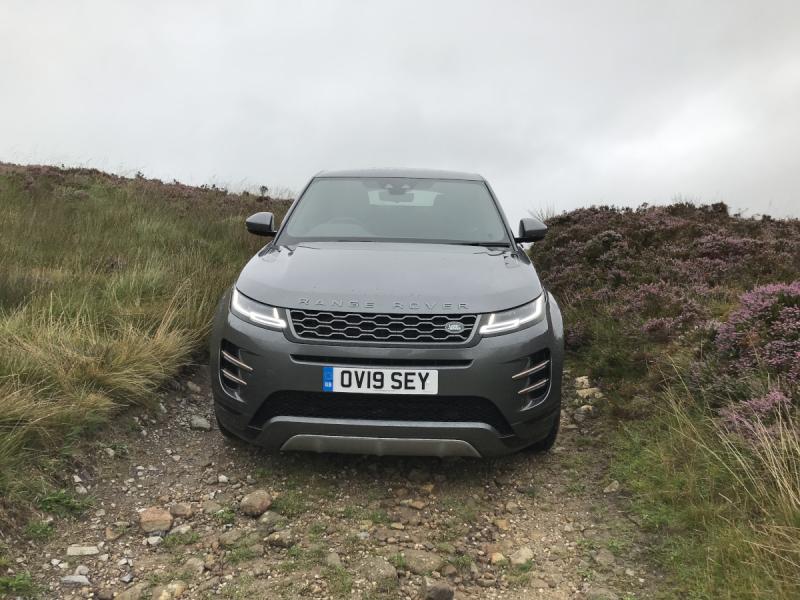 Much effort has been made to improve passenger comfort and the new Evoque boasts a cosseting ride even with the optional gloss black 20” alloy wheels, a £650 option.

Up the pace and the Evoque does not disappoint. It remains composed in high speed corners and body control is excellent. It’s more fun that the outgoing model, but those seeking ultimate thrills behind the wheel might be better served by a Jaguar E-PACE.

I tackled a few of my favourite local off-road tracks and unsurprisingly the Evoque made light work of it. 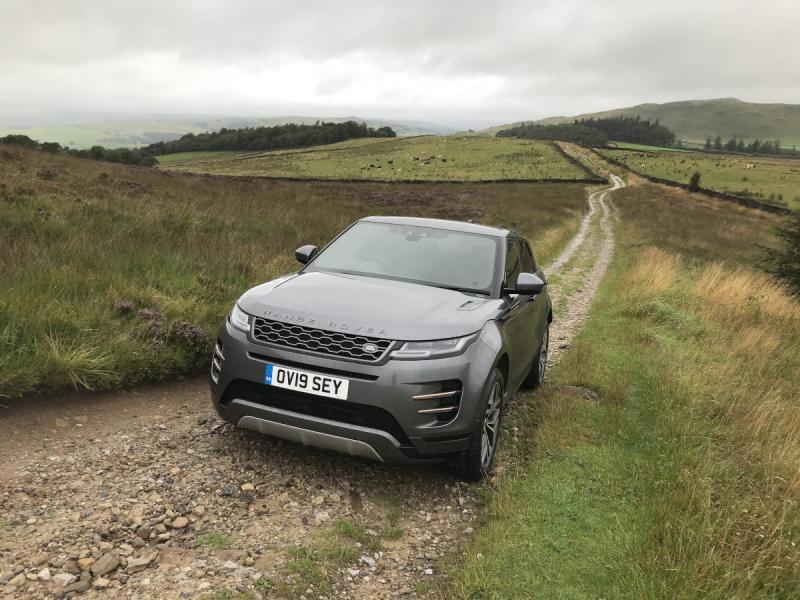 At the launch event earlier this year, I was able to try the Evoque in extremis at one of Land Rover’s many Experience Centres. We did more than any owner is likely to want to do. Make no mistake, the Evoque has proper Land Rover underpinnings and will keep going long after many rivals have come to a slithering halt.

Interior quality has been dramatically improved and now is worthy of the Range Rover moniker. Plastics (all high quality) are recycled and whilst leather seats are likely to be most popular, there is the option of ‘Kvadrat’, a wool blend that should prove to be warmer in winter. The test car was however leather-clad in a rather fetching garnet hue (add £1,735).

All the latest technology comes as standard and two central touchscreens control most of the car’s major functions. Once understood, the menus are reasonably easy to navigate but, in my mind, too much time can be spent glancing at screens rather than the road ahead…


Also by Andy Harris...
Driving Safely In Wet And Stormy ConditionsPeugeot 208 – UK Media LaunchNot So ‘Smart’ Motorways Under ReviewVolvo XC60 T8 Design Pro On TestSizzling Spanish SUV - Cupra Ateca On Test
Land Rover offers the Evoque with two new pieces of equipment that are worthy of mention. The first is ground view technology which uses cameras to show the front underside of the car. This is especially useful off-road, giving a view of where the front wheels are pointing and allowing the driver to avoid any large rocks or obstacles that would normally be obscured.

I am slightly less convinced by the Clearsight Rear View mirror, a £315 option. This works by flipping the interior mirror which turns it into a wide-angle screen. This could be useful if you have tall rear passengers or a large load. However, I found it difficult to refocus on the screen when averting my eyes away from the road – an age thing I suspect!

An Evoque can be on your driveway for a reasonable £31,600, but most are likely to spend considerably more. In SE R-Dynamic form, my test car would require the princely sum of £44,000 to gain ownership but adding in a few choice extras and suddenly the price sneaks over £50,000.

A range of affordable PCP deals are currently available, after all who pays cash for a new car these days. With a 10% deposit, expect to pay from around £259 to £400 per month for an Evoque over three years (6.9% APR).

The new Evoque look sets to continue to shine in the sales charts. Land Rover has stuck to the winning formula but improved its new baby RR in all key areas - more premium interior, powerful yet frugal engines and the latest technology, all wrapped up in a stylish and desirable package.