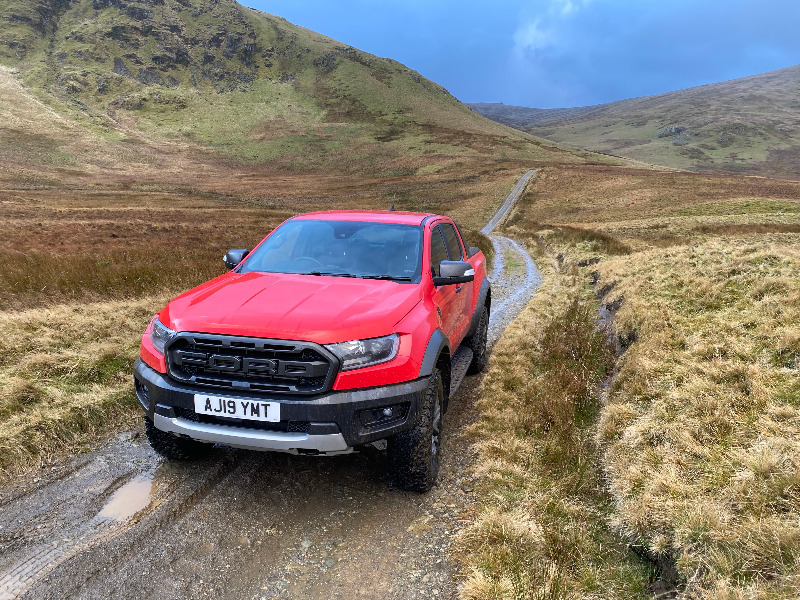 I enjoy off-road driving and am lucky enough to have a great collection of ‘Byways Open To All Traffic’ in my neck of the woods. Stunning scenery, challenging terrain and the chance to get off the beaten track.

I am however always mindful of walkers and cyclists and take care not to damage the environment. 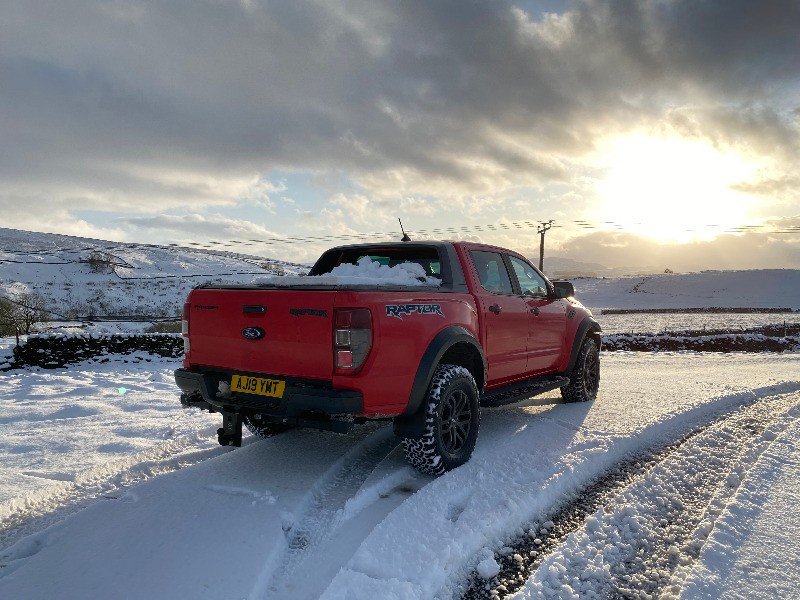 The latest off-road vehicle to pass through my hands was the rather magnificent Ford Ranger Raptor. Take a regular Ranger pickup, add an ultra-strong Ford Performance Chassis, bespoke suspension with Fox shock absorbers, a wider track and bespoke BF Goodrich tyres, not to mention the bodywork extensions and there you have it. ‘A desert racer and extreme lifestyle off-roader,’ says Ford.

In conjunction with fellow scribe, Damian Turner of The Mud Life magazine, a full day’s off-roading was planned, beginning with The Old Coach Road up near Penrith. From there we moved on to the highest green lane in England, situated close to Alston, before finally heading back onto more familiar Dales territory. 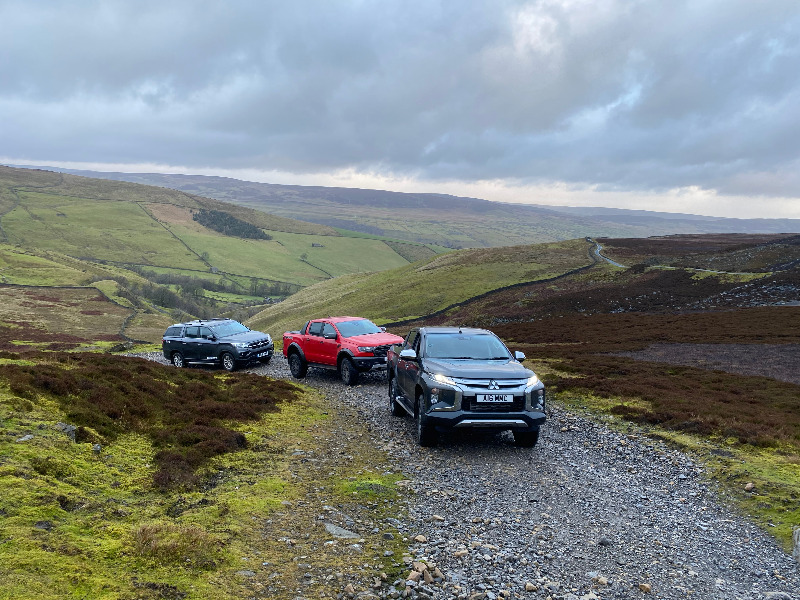 In convoy with the Raptor was the latest Mitsubishi L200 and the SsangYong Musso. Both looked somewhat petite by comparison. Poor weather meant that we had the tracks to ourselves – perfect!

The Musso struggled on occasions, not due to lack of ability, but more due to its relatively poor ground clearance. Its front spoiler sadly took a bit of a battering – sorry SsangYong.

The L200 proved to be capable and it is easy to understand why it is such a good seller for the Japanese brand. 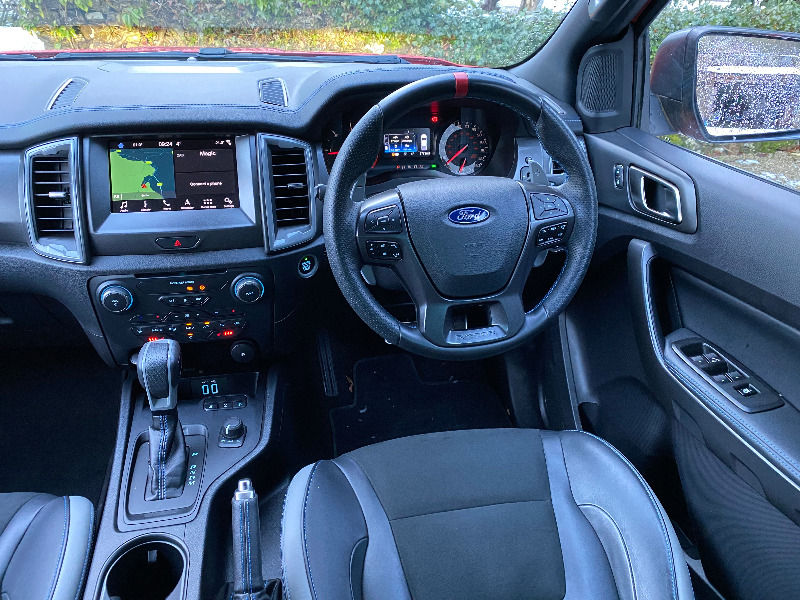 However, the Raptor was in another league altogether and no matter how challenging the terrain, it made each obstacle look terribly easy. The hill descent and locking differential buttons remained unpressed and the lofty stance meant that it could be driven with gay abandon over the very worst sections of track that we encountered.

The only issue we had was with the Raptor’s not inconsiderable girth which caused a number of breathe-in moments. At one especially narrow gateway, we were forced to carefully remove the gatepost to get the gargantuan pickup through. It was replaced with care. 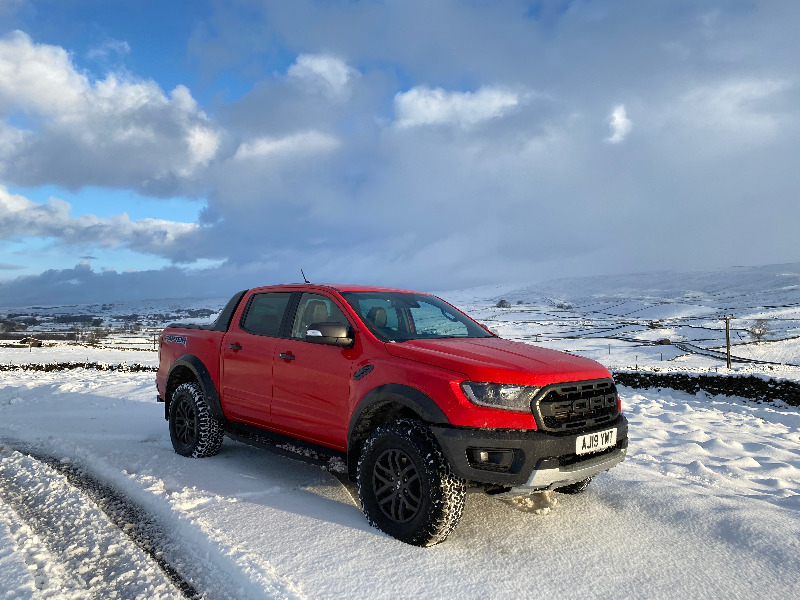 Having shone in its intended off-road habitat, the next five days were spent pounding the UK’s motorways, with a series of events to attend. Rather surprisingly the Ranger Raptor proved to be a most excellent cruiser. The raised driving position, 500Nm of torque from the powerful diesel engine and a lack of wind and road noise meant that four-hour stints behind the wheel were no chore.

The trip computer read 34mpg at a steady cruise and settled at 29.7mpg for the test period – not bad for a 3,200kg truck. Emissions of 233g/km CO2 are less impressive. 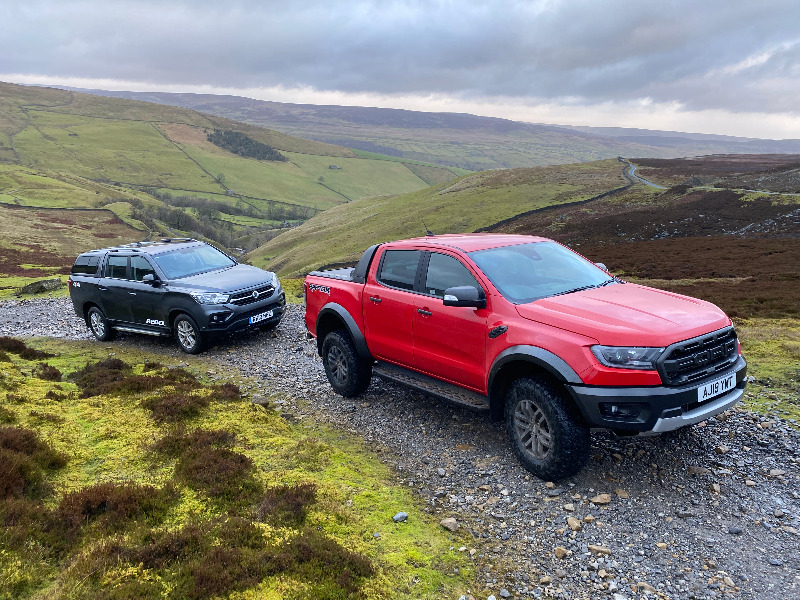 Aiding progress both on and off-road is the ten-speed automatic gearbox. Changes are smooth and there are of course steering wheel mounted paddles for ultimate control.

Initial acceleration is somewhat sluggish, with all that mass to get moving. Once underway however, the 213PS motor uses its surfeit of torque to make brisk progress.


Also by Andy Harris...
Hard Top Name Returns For Commercial Land Rover DefenderThe Italian Job Comes To Yorkshire – Be Part Of It!Farewell Mercedes X-Class. It Has Been A Pleasure50 Years Of Range Rover - A Celebratory ModelSizzling Summer Offers From Suzuki
My last day with the Raptor saw the North of England blanketed by heavy snowfall, a chance to play! Once again it dismissed the conditions with barely a slip of a wheel.

To enjoy such rapturous delights will require deep pockets. Ford’s list price is £47,874 + VAT. Some might say the interior is a bit of a let-down, but all the expected kit is there, and the front seats proved to be extremely comfortable.

I can appreciate that the money has been spent under the skin and what has been created is somewhat unique and for that you must pay!

I covered over 1,000 miles in the Ranger Raptor and never once wished that I was in a different vehicle. My wife was suitably enamoured too, so much so that I started looking up PCP payments. Around £600 per month seems to be about right.

Sadly I will have to pass but if you are looking for a capable pickup truck that can scramble up the side of a mountain one minute and yet glide down the motorway the next, then the Ford Ranger Raptor may just be for you.

And if you buy one and you ask me nicely, I might just take you to some of my favourite off-road tracks, providing you let me have a little drive of course!