Jaco van Gass smashed the world record and then won gold in the C3 3000m individual pursuit, leading a British one-two with Finlay Graham on another brilliant day for ParalympicsGB in the velodrome.

In his qualifying ride Graham, just 21 years old, brought down the seven-year world record – the oldest in track para-cycling – with an incredible 3:19.780 in his first Paralympic race.


All the praise goes to little Fin, he pushed me really hard. 3:19 was my aim and then he rode it, so I had to recalculate and go faster! Jaco van Gass

“This record was a big aim for me for a very long time,” said the 35-year-old. “I needed to push this boundary further and further.

“Because of the lack of competition, I had no idea where the world was and whether they’d aim for something like a 3:25 and be happy.

“A couple of weeks ago, I did a 3:21 and that gave me a great deal of confidence.

“All the praise goes to little Fin, he pushed me really hard. To be honest, the 3:19 was my aim and then he rode it, so I had to recalculate and go faster!

“He pushed me really hard in the final. I was on my last legs to be very honest. He’s ridden fantastically and is a great team-mate.”

The back-to-back world records meant the pair faced off in the final, with Van Gass taking victory by a narrow margin of 1.13 seconds in a winning time of 3:20.987. 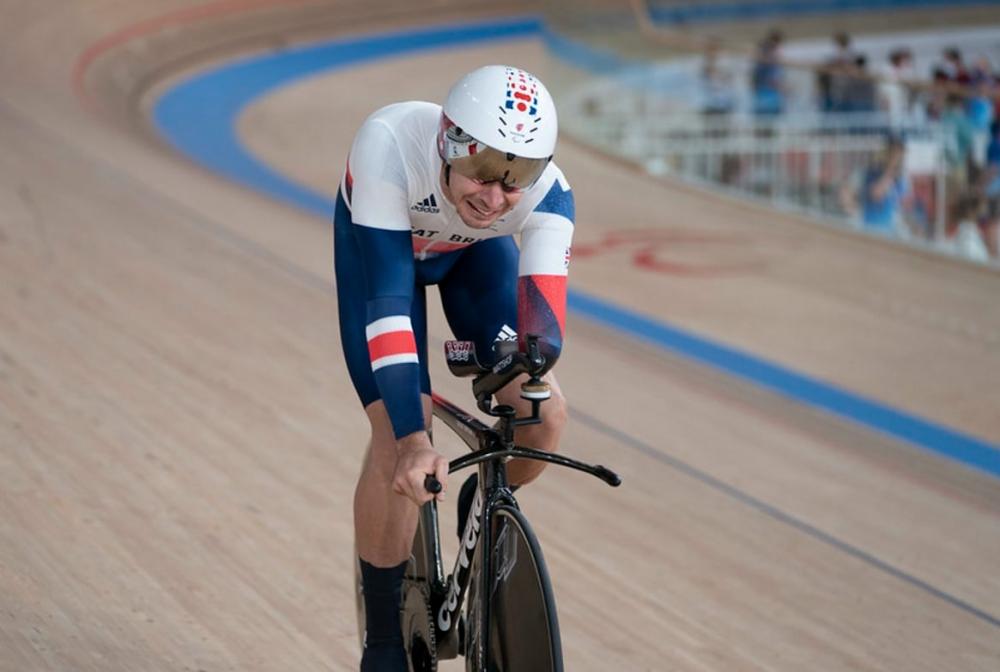 Jaco van Gass brilliantly won his first Paralympic gold medal
It is the latest chapter in Van Gass’s remarkable life story. He lost his left arm and needed 11 operations after being hit by a grenade on active service in Afghanistan in 2009.

Since then, he has become a first-class downhill skier, run multiple marathons, climbed mountains in the Himalayas and trekked to the North Pole with a record-breaking team of wounded soldiers, partly accompanied by Prince Harry.

“At this very moment in time, this at the top. It’s the best thing I’ve done,” he said.

“I have done some amazing stuff and they all have their difficulties and today was very tough. This is definitely up there.”

It is the start of a hectic schedule for Van Gass, who has two further events on the track and two on the road.

For Graham, it was a dream Paralympic debut. He has only raced the distance twice at major events, finishing fourth at the 2019 World Championships and fifth in 2020. 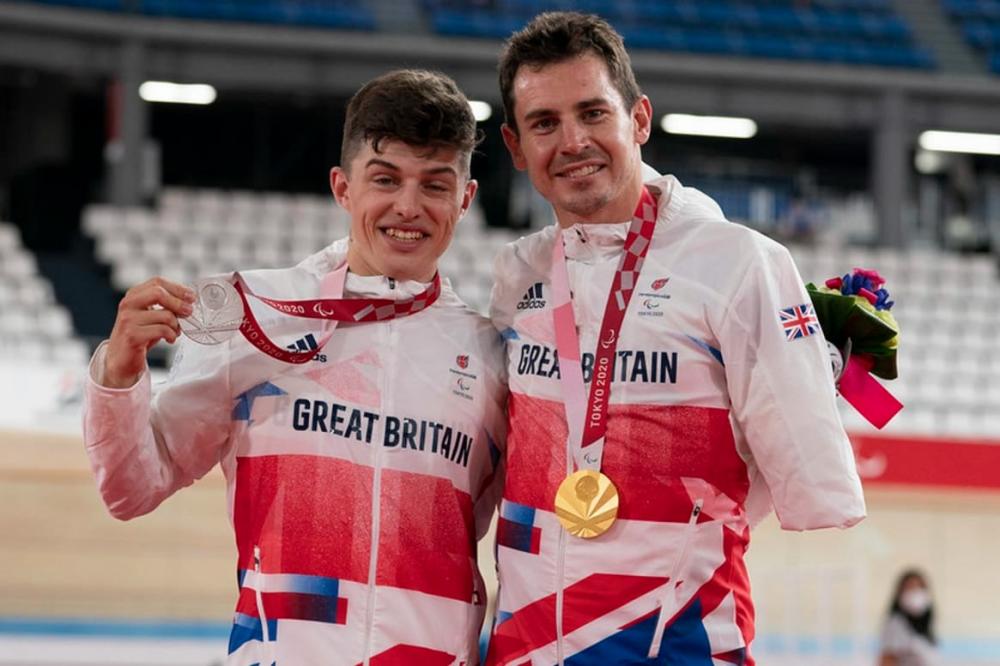 Jaco van Gass and Fin Graham shared the podium at the Izu Velodrome
“It means everything,” said the 21-year-old. “Even if it was only for a short time, it’s so nice to say that I’ve broken the world record at the Paralympics. It stood for so long.

“The extra year has given me the time to prepare to do that. If the Games were last year, I wouldn’t have been in such a good position.”

Cundy produced a Paralympic record ride of 1:01.847 when it mattered.

It would need a world record to end the evergreen 42-year-old’s nine-year unbeaten streak in the event - and that’s what Spain’s Alfonso Cabello Llamas produced, with 1:01.577. 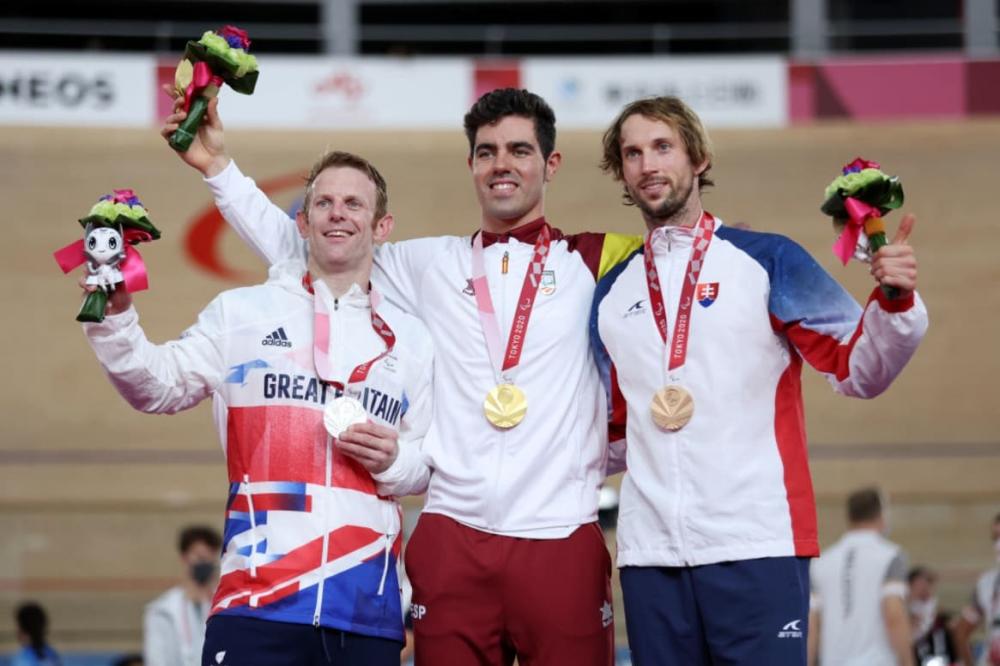 “Nobody ever wants to win a silver medal, but I didn’t lose the gold, I won the silver today,” said Cundy, who won his 11th Paralympic medal and sixth in cycling.

“We didn’t get to race properly in London, I took revenge in Rio and now he’s got it back from me. Maybe we make a thing of it in Paris and go again. We need to settle it.”

The first British medal of the day in Izu came courtesy of Aileen McGlynn and Helen Scott, who took silver in the women’s B 1000m time trial.

The pair won silver together at London 2012 and got the band back together at 12 weeks’ notice after Sophie Thornhill’s retirement left pilot Scott without a stoker.

It all came together and a time of 1:06.743 was enough for Scott’s fifth Paralympic medal and McGlynn’s sixth, the first of which came at Athens 2004. 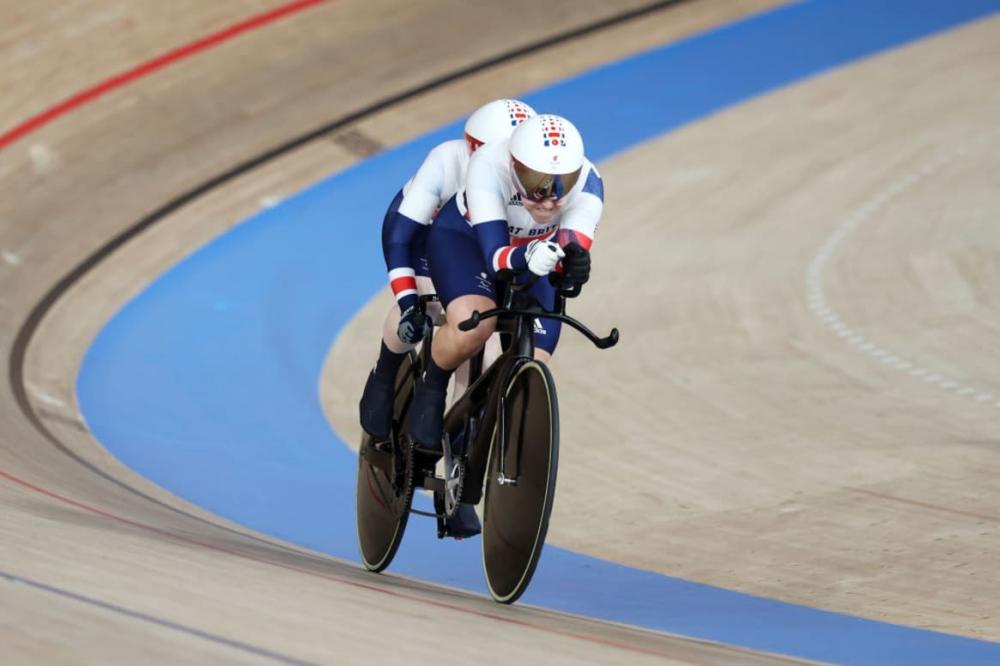 Aileen McGlynn and Helen Scott won a silver medal after training for just 12 weeks together
Scott said: “I thought the Games weren’t going to happen for me and I’m so thankful that Aileen was happy to give it another go.

“We’ve ridden together before but that was nine years ago. To do what we’ve done in 12 weeks, I couldn’t believe it when I saw the clock and the time we’d put out.

“We’ve got a new friendship again and we’ve just had the best time.”

Lora Fachie and pilot Corrine Hall just missed out on a medal in fourth, with Sophie Unwin and her pilot Jenny Holl one place further back in the event won by Larissa Klaassen and Imke Brommer of the Netherlands.