Austria’s beautifully located Red Bull Ring had been a third full for last Sunday’s Styrian Grand Prix, but, with local COVID-19 restrictions having since been eased, the usual army of orange clad fun-loving Dutch Max Verstappen fans had arrived in force for this weekend’s Austrian Grand Prix and today their hero put in another driving masterclass as he again emerged unchallenged with the victory spoils. 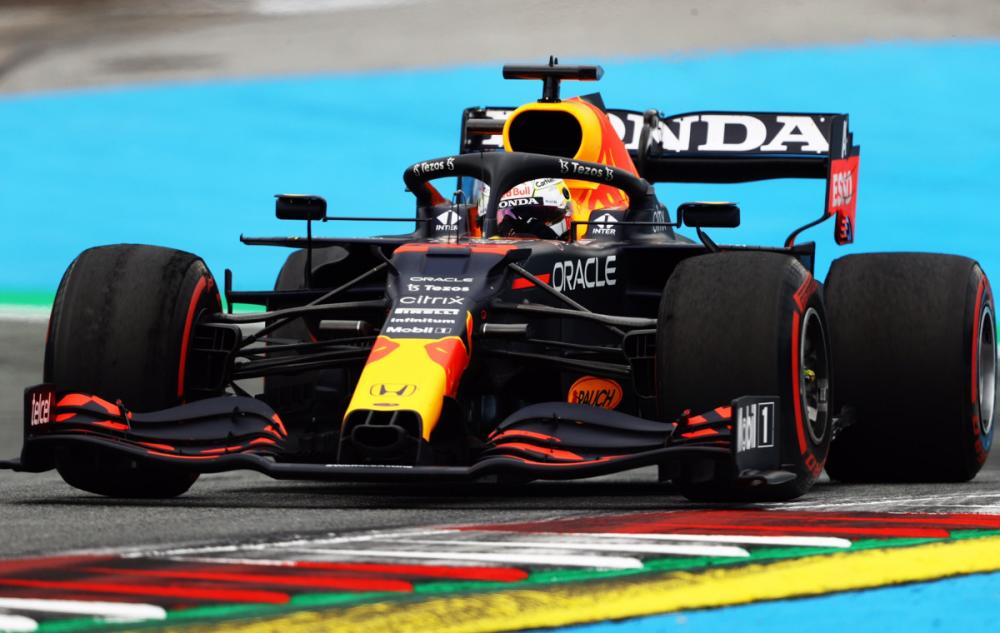 Red Bull’s Max Verstappen was again simply in a class of his own in Austria
After Verstappen had comprehensively outpaced his main title rival Sir Lewis Hamilton for victory in Austria last weekend the Mercedes team principal and part owner Toto Wolff had indicated that there would be no further developments to their current W12 car as they are now already very much focussed instead on next year when the all-new regulations come into force. However, the Brackley based team’s James Allison, whose job title changed last Thursday from technical director to chief technical officer, later clarified the situation, explaining that “we have a number of things that will make our car faster in the coming races”. Hamilton and his team-mate Valtteri Bottas had understandably expressed their hope that the aerodynamic and power unit improvements referred to would help close the gap to Red Bull and in the build-up to the second consecutive race weekend in Austria there was much speculation as to whether this would be the case after such a short period of time.

Also, the selection of Pirelli tyres available to the teams this time round had gone a step softer, with last weekend’s medium tyre now being the hard one and so tyre longevity was set to create more strategic implications than in the opening encounter. During the three practice sessions the drivers were also due to spend some of the time trialling a new prototype tyre compound introduced by Pirelli, which features a stiffer rear sidewall and which is set to make its debut at the British Grand Prix later this month.

On a totally different tack, F1’s Ross Brawn clarified in Austria that at this year’s British Grand Prix the winner of the inaugural Saturday sprint race would be officially recorded as having gained pole position for the following day’s Grand Prix. The sprint race result was always going to be used to form the grid for the main event, but it had previously been suggested that Friday’s qualifying outcome, which will set the grid for the sprint race, would produce the official Grand Prix pole position holder for the record books. 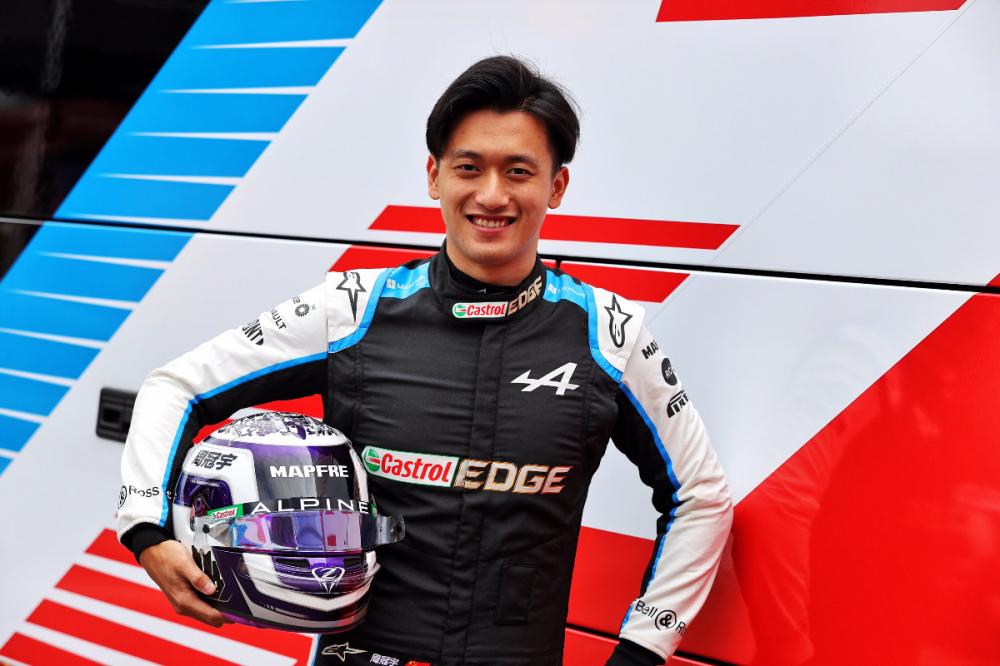 Alpine’s Guanyu Zhou had his first experience of an F1 practice session on Friday morning
Back at Spielberg, when the cars took to the track for Friday’s opening free practice session there was a new face out there as Alpine’s Chinese test driver and Academy member Guanyu Zhou took part in his first ever F1 practice period as he “borrowed” Fernando Alonso’s A521 for the hour long morning session. The promising 22 year old currently leads this year’s Formula 2 championship after two victories in the three rounds and nine races to date and posted the 14th fastest time. British F1 hopeful Callum Ilott, also just 22 and a member of the Ferrari Driver Academy, gained some further track time at the wheel of Antonio Giovinazzi’s Alfa Romeo, as did Williams’ French/Israeli Roy Nissany. In a session which also included a couple of high speed spins for Aston Martin’s Lance Stroll it was Verstappen who topped the timesheets, followed by the Ferraris of Charles Leclerc and Carlos Sainz plus Mercedes’ Bottas, with Hamilton seventh quickest.

Come Friday afternoon’s second practice hour, which was partially impacted by light drizzle, Mercedes showed signs of having regained at least some of the ground lost to Red Bull of late as Hamilton and Bottas led the way ahead of Verstappen’s RB16B and the Aston Martins of Stroll and Sebastian Vettel. In contrast, Sainz and Leclerc slumped to only 13th and 16th fastest respectively.

The major off track news yesterday morning was the announcement that 36 year old Hamilton has agreed a new two-year deal with Mercedes, running until the end of the 2023 season. The timing came as something of a surprise as news of any new deal wasn’t expected until nearer the summer break, but it made sense as the team wanted to avoid any ongoing contract related distractions during its intense battle with Red Bull for both championships. The Monaco based multiple champion first joined the team back in 2013 after moving from McLaren and he has been partnered since 2017 by Bottas. It remains to be seen whether Mercedes will opt to retain the Finn or bring in the highly rated Mercedes junior driver George Russell, as both will be out of contract at the end of this year. Bottas admitted in Austria that he will look elsewhere if need be to remain in F1 next year, with Williams the favourites. 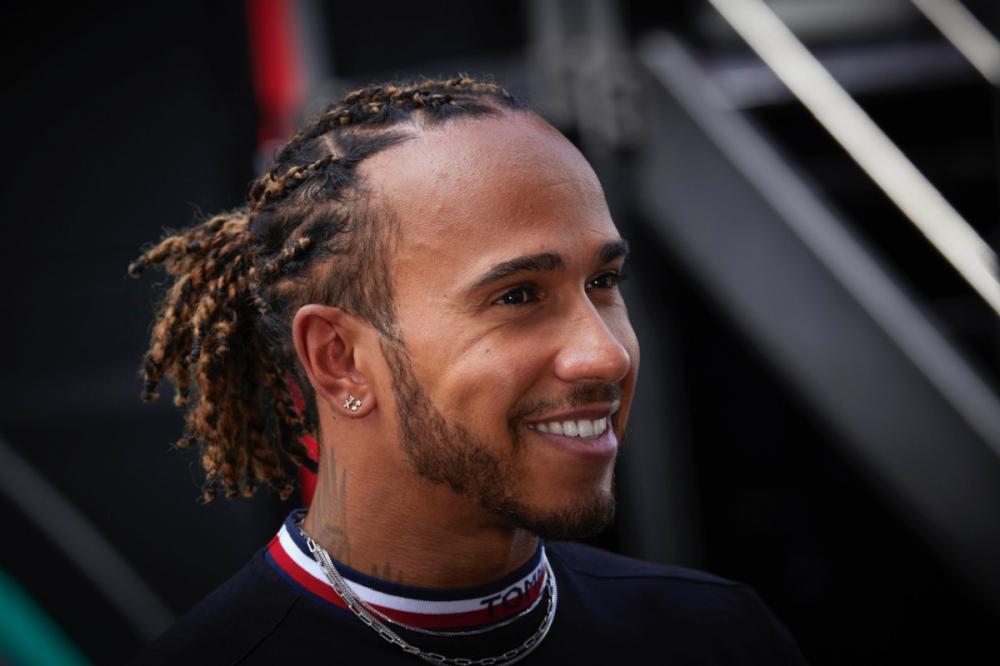 Lewis Hamilton has agreed a new two-year contract with Mercedes
In the final practice period Verstappen was back on top again, over half a second clear of Bottas and with Hamilton and AlphaTauri’s Pierre Gasly the best of the rest. Come the subsequent qualifying hour Verstappen claimed pole position, albeit a mere 0.048s clear of McLaren’s flying Lando Norris who put in a sensational performance to join him on the front row, achieving his best ever F1 grid position. The thrilled 21 year old quipped about how great it was to see so many fans wearing orange for McLaren rather than Verstappen! Sergio Pérez’s Red Bull was third quickest ahead of Hamilton and Bottas. Russell gave his delighted Williams team an appearance in the final part of qualifying for the first time since the 2018 Italian Grand Prix and he went ninth fastest. What a couple of rising young British stars we have in the shape of Norris and Russell.


Also by Graham Read...
A Return Visit To Anglesey CircuitA McLaren 1-2 In Italy As Hamilton And Verstappen Crash OutRussell To Mercedes And Bottas To Alfa RomeoVerstappen Delivers At A Very Orange Zandvoort!Verstappen Wins At A Very Wet Spa As Russell Stars
It may have been Vettel’s 34th birthday yesterday, but the stewards still gave him a three-place grid penalty for impeding Alonso at the final corner during the second part of qualifying. In contrast, Bottas and Sainz were more fortunate as their visits to the stewards for slowing unnecessarily resulted in no censures. Vettel’s penalty also promoted Russell, Stroll and Sainz a place up the grid for the following day’s race.

With both Mercedes drivers having qualified outside the top three, Hamilton suggested that the race was going to be one of damage limitation for him and forecast “an easy cruise win” for his main drivers’ championship rival, which ultimately proved to be the case. Over the years I’ve heard the Austrian national anthem played many times, but today’s pre-race version was certainly a little different with its heavy rock theme! At exactly three o’clock local time the cars left the grid for their formation lap, with the cheers of the Dutch fans already reverberating around the circuit and plenty of orange smoke flares colouring the sky, and when the Grand Prix began we had a clean start as Verstappen resisted the threat of Norris.

The lack of contact was not to last long though as at only Turn 3 on the opening lap the front right corner of Esteban Ocon’s Alpine was assaulted by Antonio Giovinazzi’s Alfa Romeo and it was game over for the young French charger, with the Safety Car called to intervene whilst the stranded car was removed. Racing resumed on lap four and Pérez ended up experiencing the Turn 4 gravel after pressuring Norris for second place, dropping the Mexican down to 10th position. It looked like simply a racing incident, but soon the stewards somewhat harshly awarded Norris a five second penalty for forcing an opponent off the track. 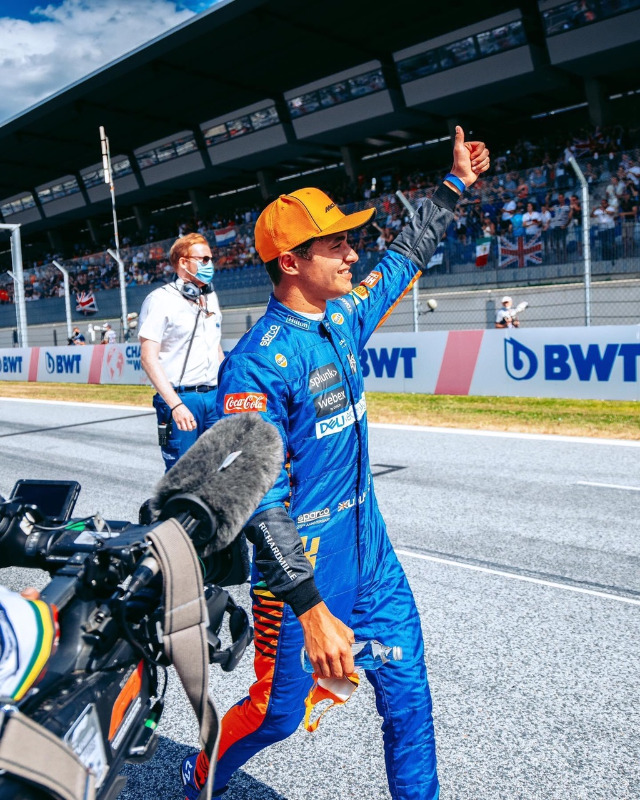 Lando Norris drove with maturity beyond his 21 years to finish on the podium
As Verstappen started to extend his lead out front Hamilton swept past Norris at Turn 4 on lap 20 for second place, the young Brit and his team knowing they weren’t there to race Red Bull or Mercedes, but to beat Ferrari. 11 tours later Norris pitted to switch from medium to hard specification tyres and served his five second penalty, allowing Bottas to usurp him after his own stop. Just one lap later Hamilton and Verstappen made their first stops for the same change of rubber, with the latter still comfortably clear.

There was further controversy on lap 41 when Pérez clashed with Leclerc at Turn 4 and it was now the Red Bull driver’s turn to receive an arguably harsh five second penalty. This was further compounded just six tours later when Pérez picked up an additional five second penalty after a further incident with Leclerc, this time at Turn 7. With Verstappen now leading by 20 seconds and Hamilton having caused some damage to his car on the kerbs, Mercedes moved Bottas ahead of the reigning champion into second place and Hamilton then dropped to fourth behind a charging Norris.

With 11 laps remaining, Red Bull brought their team leader into the pits for a further set of hard tyres, reducing his lead but helping him to also claim the extra point for the fastest lap of the race. Come the chequered flag Verstappen, Bottas and Norris enjoyed the podium celebrations, with Hamilton fourth and Sainz fifth ahead of Pérez following the application of the latter’s time penalties. You had to feel for the Williams team as it ultimately proved to be another pointless race for them after tenth placed Russell was usurped at Turn 4 by the chasing Alonso with just three laps remaining. 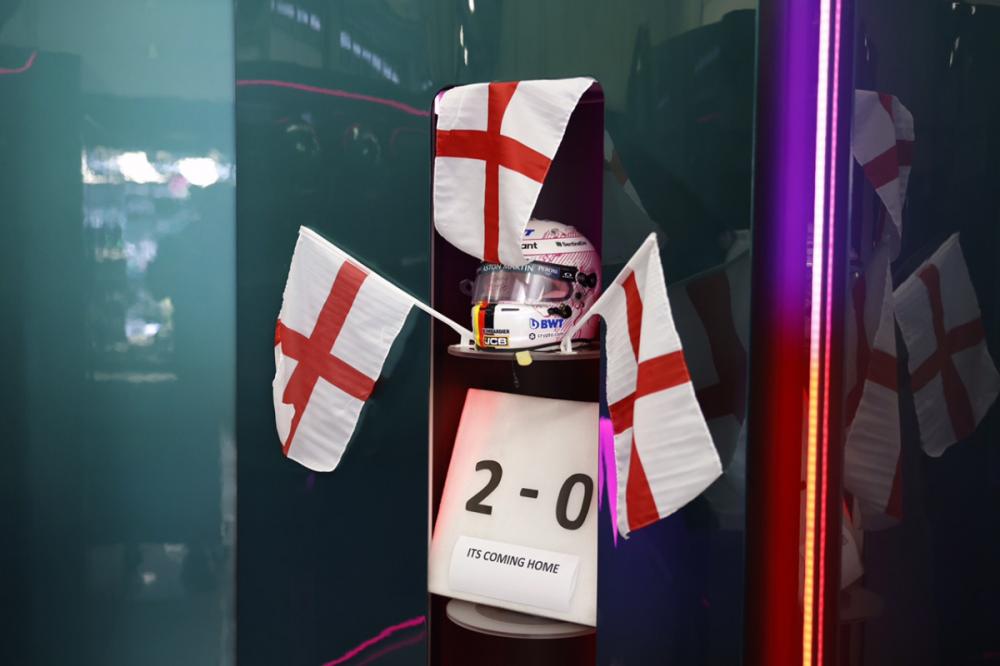 The Aston Martin crew had some fun with their German driver Seb Vettel following the result of a certain recent football match!
With Formula 1’s two race stint at the Red Bull Ring’s scenic Austrian setting completed, packing up was the key priority before a mass of team, F1 and FIA trucks headed north through Europe, bound for Silverstone where this year’s British Grand Prix race meeting will be held from 16th-18th July. It will feature the first introduction of an additional F1 sprint race on the Saturday afternoon before Sunday’s Grand Prix and, with a massive crowd due to attend, there should be a great atmosphere as usual for Hamilton’s home race as he continues to fight Verstappen for this year’s drivers’ title. Bring it on.