The year was 1994 and my wife and I decided we wanted to change our Renault 5 for something a bit more up to date. We lived close to a Renault dealer and so popped in to see our car salesman friend Peter. 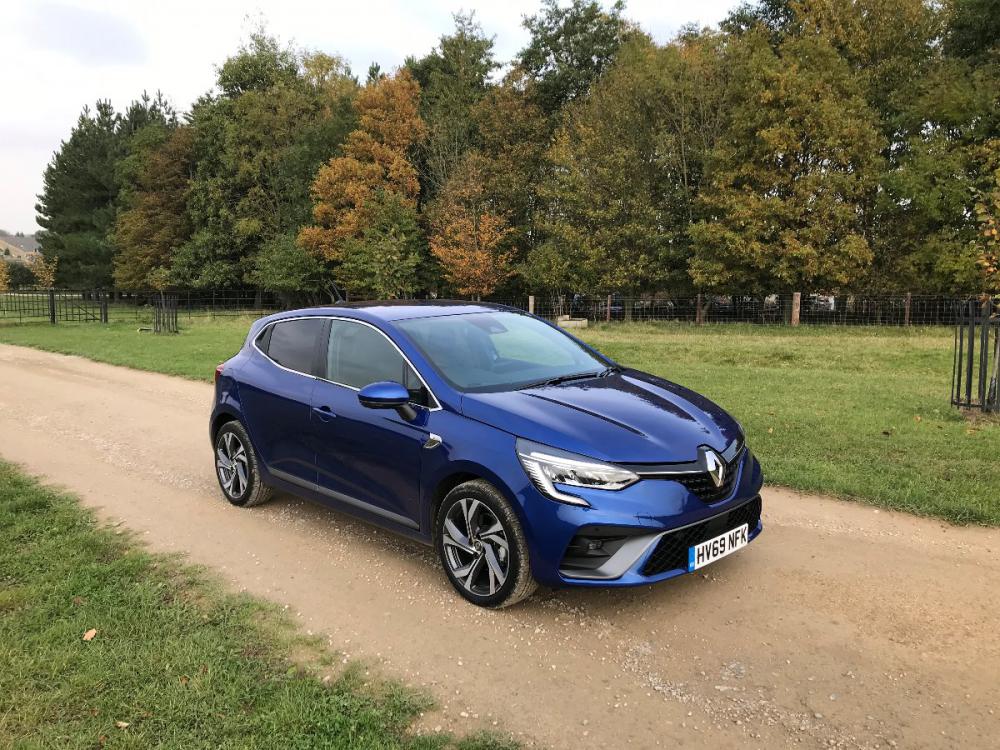 On offer was a new Renault Clio, a Liberté special edition no less, for the princely sum of £7,777. Low rate finance was on offer and all too quickly the deal was done.

The Clio boasted such luxuries as a radio/cassette player, snazzy wheel trims and an opening glass sunroof. I seem to recall the upholstery was somewhat garish and clashed with the red paintwork.

The car provided excellent service and was swapped a few years later for a larger ‘19’, as our family was expanding. 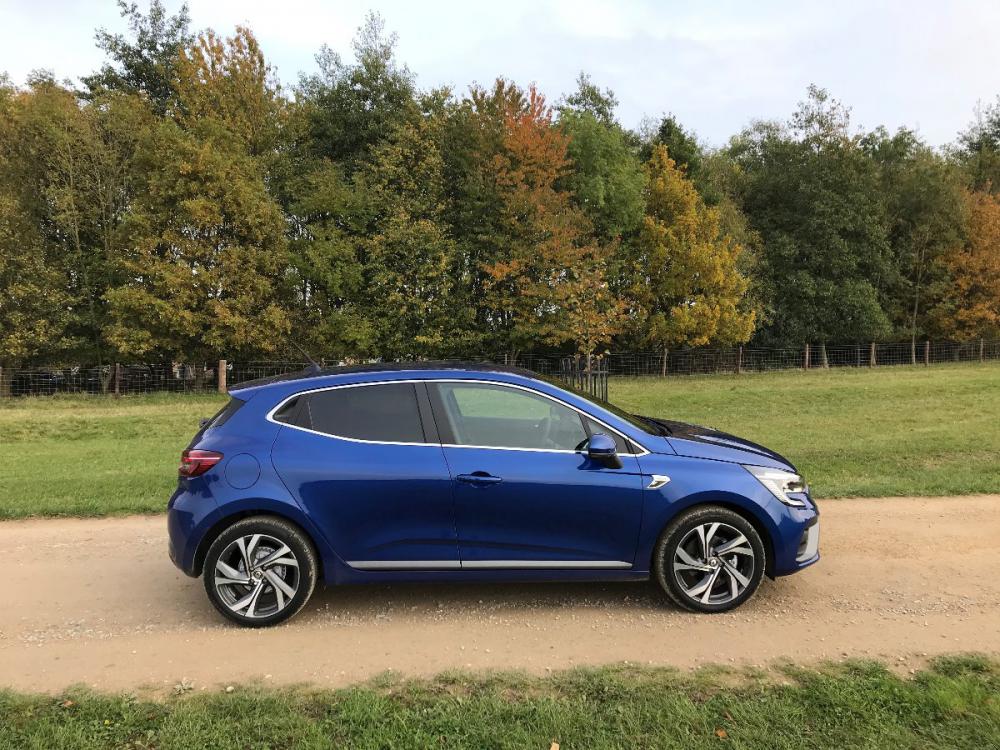 At the media launch for the latest Clio, Renault bought along a wonderful selection of their small cars from years gone by. 4s and 5s jostled for position with a delightful array of Clios, hence my nostalgic ramblings.

The all-new Clio is on sale now and prices start at £14,295, affordable as Clios always have been. With over 15 million of the diminutive French hatchbacks sold since the 1990, Renault must be doing something right. 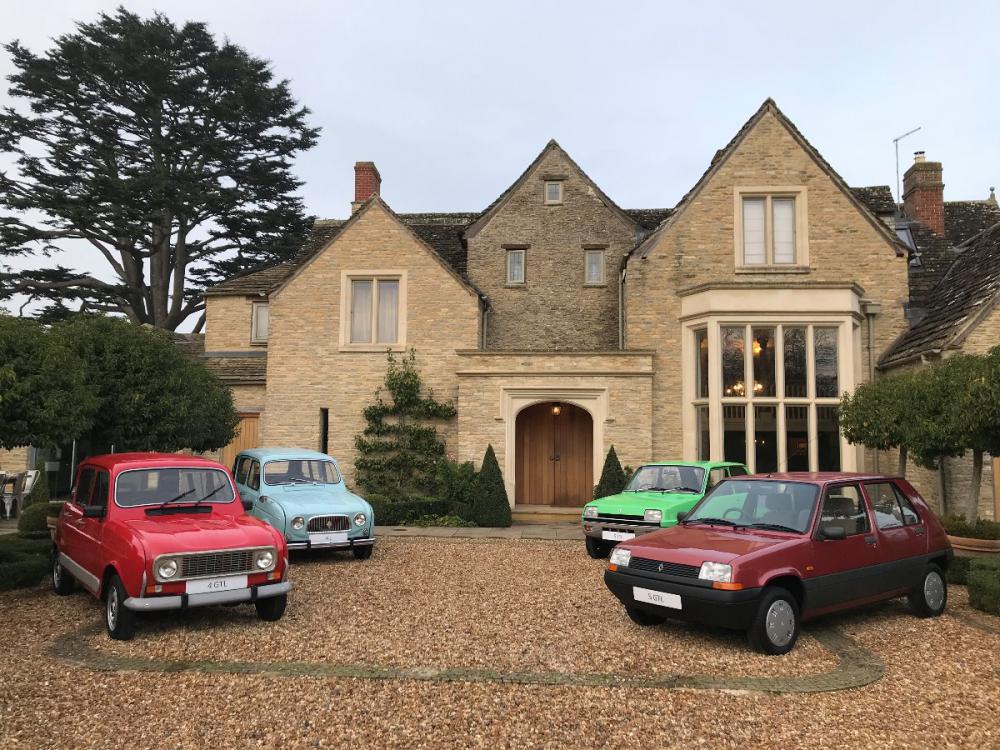 The Mk5’s looks are an evolution of its predecessor, no bad thing, but underneath is a brand-new platform shared across the Renault-Nissan group. Dimensions are in fact a little more compact, but clever packaging has improved interior space for both occupants and luggage. Boot space is a best in class 391-litres.

The car is lighter too, but with added strength and increased safety features, thus the Clio has already been awarded a 5-star Euro NCAP rating. 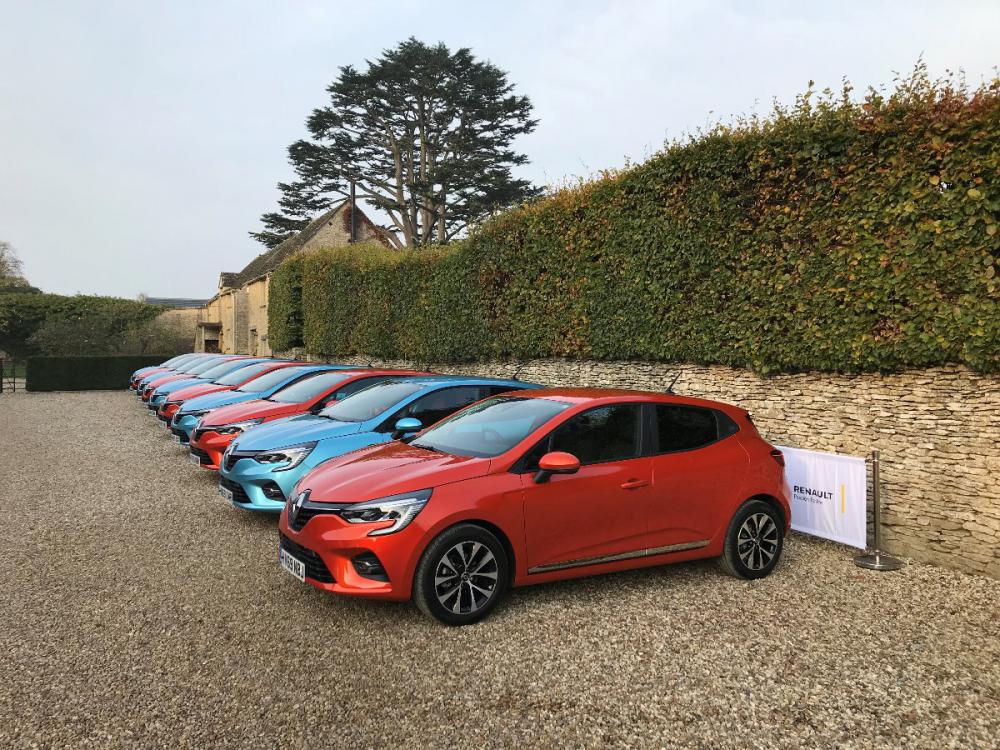 There is a choice of five powertrains, comprising three petrols and one diesel, with hybrid power to come later this year.

The hybrid will be Renault’s first foray into this area, and it promises up to a 40% economy saving. It should prove popular if competitively priced.

Four trim levels are currently on offer and even the entry-level ‘Play’ model comes brimming with equipment. Full LED headlights, air-conditioning, cruise control and a suite of safety equipment are the highlights. 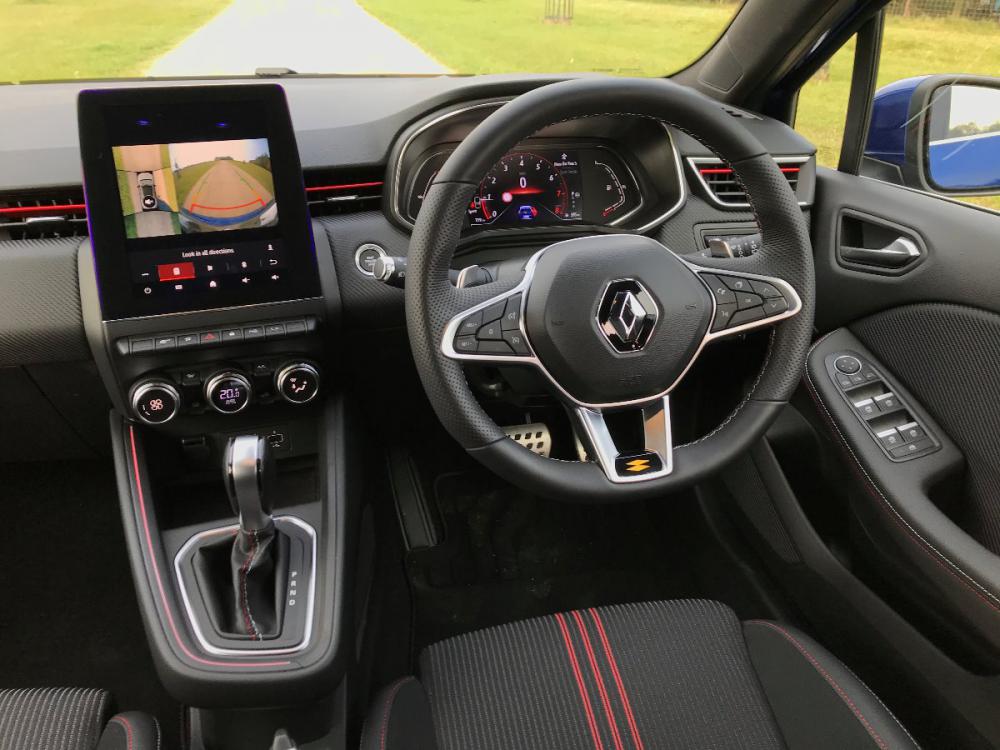 The ‘Iconic’ model is likely to be the best seller as it adds a 7-inch touchscreen with satellite navigation, smart 16-inch alloy wheels, hands free card access and a leather steering wheel, all for an extra £1,000.

Double that extra spend and an ‘S Edition’ models hoves into view, with climate control, automatic wipers and headlights and 17-inch alloys wheels as standard.
The range tops out with ‘R.S. Line’ variants, with an array of sporting addenda. Prices from £17,795.

My first drive of the day was in a TCe 100 in Iconic trim. It uses a three-cylinder engine pushing out a heady 100bhp and is mated to a five-speed gearbox.


Also by Andy Harris...
Coronavirus - A Motorists' GuideD-Max XTR - Isuzu's Popular Pickup On TestBonjour Mon Ami – Urban Mobility From CitroenWinter Driving Tips - Stay SafeIt’s Geneva Motor Show Time
On the road it feels quicker than the headline 0-62mph sprint time of 11.8 seconds would suggest. Although lacking a sixth gear, the Clio cruises reasonably well at motorway speeds. The shift action is precise, though I would mention that rivalling Fiesta, Polo et al are slicker through the gears.

My notes tell me that the trip computer was reading 51.8mpg at journey’s end – an impressive result and low emissions of 99g/km CO2 are an added bonus.

The new Clio is surprisingly engaging to pilot on a twisty B-road yet boasts a composed ride in all situations.

However, if it is fun you are after, then the R.S. Line model with the 130bhp 1.3-litre engine may be more up your street. As warm hatches go, it makes a good case for itself, knocking nearly three seconds off the 0-62mph sprint time compared with the TCe 100 model.

The chassis handles the extra power with ease and no doubt a fiery Renaultsport model will follow in due course.

The R.S Line was tested with a seven-speed dual-clutch automatic gearbox fitted, a smooth operator for sure. Economy impressed again too, with 48.7mpg displayed after my hour or so behind the wheel.

Not all of Renault’s efforts has gone into making the Clio a fun driver’s car, much time and effort has been spent on the inside. Immediately apparent is the use of much higher quality materials, especially in those all-important areas that are close to hand.

I’ve already mentioned the comprehensive equipment count, but there is now scope to personalise the interior.

There’s room for four adults to sit in reasonable comfort, not something that could have been said of my old 1994 model.

So, Clio Mk5 seems well placed to continue the good work of its predecessors and I look forward to testing one on home turf in the not too distant future.