Review: Anyone For Edmund? By Simon Edge 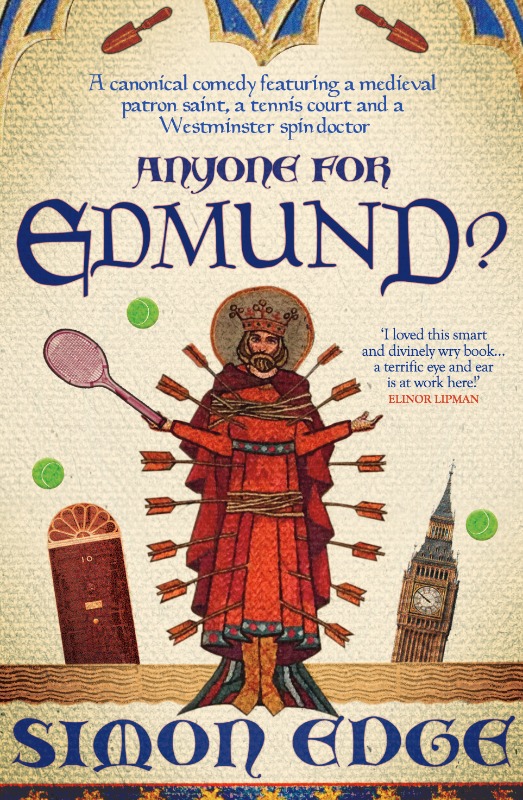 Anyone for Edmund? is a highly entertaining work of satire, written by former features writer and theatre critic, Simon Edge, who deftly applies his journalistic skills to fiction.

The story delivers a wonderful blend of what you know to be pure fiction and what you suspect has been written with ‘insider knowledge’. The depiction of the press and the media industry is wry, and the inner schisms of government departmental hierarchy portrayed in what one presumes to be an equally accurate but cynical manner.

We observe the usual internal machinations of corporate relations, the recognisable stereotypes and the mix of competition and contempt among colleagues. This is a world that readers will find familiar, yet which is dexterously eviscerated by this talented novelist.

There is great skill in the writer’s style: the plot is delivered with the integrity of a news article, no matter what silly turn the story takes. The very credible setting outlined by the novelist hosts a plotline that becomes increasingly incredible. The power of the satire is that the book does not rely on the comedy of events as the narrative unfolds; it would stand alone as a work of comical social commentary, lambasting the small idiosyncrasies of human behaviour through to the politics of both the office and of Whitehall.

The book opens at the site of the archaeological dig which will reveal the burial site of King Edmund, the starting point for the plot. We meet Hannah, who is delightfully nondescript in character, akin to a supporting actor you would probably soon forget. We then meet her cousin, Mark Price, who is a disillusioned and despondent political aide to culture secretary Marina Spencer. She, a woman not for turning, with perpetually raised eyebrows (an illusion created by make-up) to display a false aura of levity, is the exact typecast of a tyrannical boss, with a prescriptive hierarchy subservient beneath. Another stereotype is the colleague, Karim, who assumes an elevated air of authority from his position of right-hand man, and with, of course, the millennial inflection at the end of each sentence. But the stereotyping which informs all of the characters doesn't detract from the novel - they lend the satire a greater potency.


Simon Edge
The actual figure of King Edmund was born c.841 and was the King of the Angles until his death at the hands of Danish marauders in 869. Despite the existence of Bury St Edmunds and the 80-mile long-distance trail of St Edmunds Way in the south east, the author attests that in reality, as in the novel, the life of Edmund remains very much shrouded in mystery. The book is a departure for Edge, whose earlier excursions into historical stories are rejected in favour of a narrative featuring a mysterious King of the Dark Ages whose existence continues to resonate in the modern imagination. As Edge notes in an Afterword: "fortunately for...me, Edmund’s story did not end with his death in 869."

And the novelist’s story plays with so much of what accompanies the modern era: there is fake news, the corporate conventions that cling stubbornly to all office environments, and the nature of humans and their interplay. In other words, a reader who might well recognise themselves and their social circles in the central protagonists, may simultaneously laugh uproariously with the author at his depiction of a world we all know. Edge joyously reminds us that the world we presently occupy is, in fact, farcical.

The strength of the satire is reinforced in the fact of the plot's currency. Brexit has taken place, the government is concerned about the desire for Scottish Independence, and the relationship with China is tense owing to the problem of Huawei and the country being the source of the Covid-19 pandemic.

We observe politicians knowingly towing the line as actors on a political stage, in a production of farce. We are left wondering whether the only response to life as we know it is simply to laugh. But, all this is so skilfully and joyfully delivered that you can forgive the stereotypical characters and the increasing daftness of the plot.

And the book could just be read as an amusing story entirely devoid of an analytical angle, because the humour and irony are presented with great subtlety. Simon Edge has created a hugely enjoyable page-turner; written with parodic panache, Anyone for Edmund? is a satirical comment on the modern world that is sure to entertain. If it is never destined to occupy a place in the great literary canon, it will elicit a sardonic smile in these difficult times.


Anyone for Edmund? is published by Lightning Books.