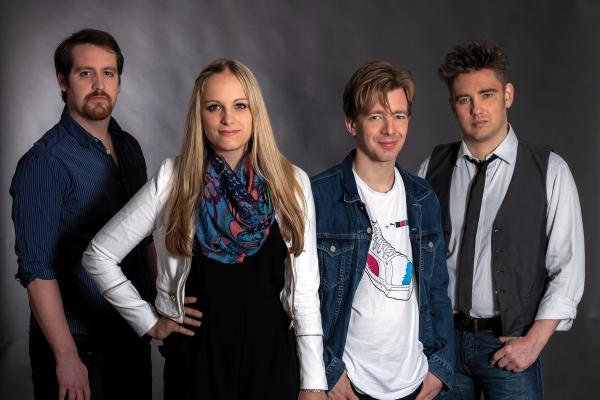 Cornerstone - photo Reinhard Mueller
Cornerstone are an Austrian soft rock group. If you like Fleetwood Mac or Journey, chances are you will like the band.

A new album, Reflections is released in the UK on 9 September produced by Harry Hess who has worked with Muse, Billy Talent and Simple Plan.

Making their 8th concert tour of the UK the band have decided to play a handful of smaller gigs.

If they can win over some tough drinking Yorkshire men like they did at the Lord Gasgoine gig in Leeds, then they must be doing something right.

In lead vocalist Alina Peter they have a charismatic singer who feels the lyric that she is singing. The set was a mix of mainly their own tracks mixed in with a few covers. 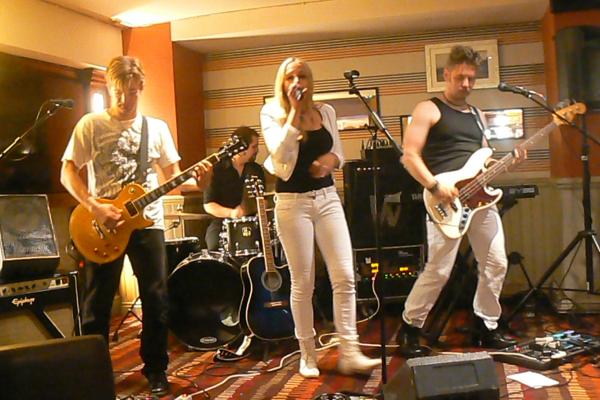 New single Last Night shows a maturity in the songwriting and sounds like the song Journey or Survivor never recorded.

They would really be successful supporting a band such as Europe or Foreigner as they will appeal to the same audience. They say their music is unhip, uncool and un-sexy but it's timeless soft rock really.

Even the barmaid from behind the bar joins in for the cover of the Zutons track made famous by Amy Winehouse, Valerie.

It was their own track, Fade Away that closed the gig. A band worth checking out and one which will not fade away with strong performances like this.