Review: Death In The Cotswolds By Rebecca Tope 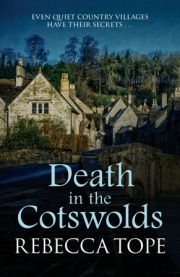 So, Christmas has been different this year for many of us, me included. Not allowed to visit grandchildren in Scotland, or Mum in her care home, the 25th was a quiet one. However, trying to be positive, Christmas has been good for long walks and curling up with a good book. A friend who reads my articles chose to give me a book by an author I have previously favourably reviewed and the lack of festive fun and frivolity has meant I have had time to read it!

Death in the Cotswolds is the third of Tope’s Cotswold Mysteries featuring Thea Osborne and DI Phil Hollis, with whom she has a burgeoning relationship. They plan a week away together, with their three dogs, in the village of Cold Aston where Phil was brought up. They intend to spend the time getting to know each other better and emptying the house of Phil’s late aunt. Phil has left it a year so far and with no power or phone line, it will be more of a camping trip with open fires and candles. Romantic? Of course, nothing is quite that simple. The obligatory murder ensues and the cosy village reveals its secrets.

The novel is narrated by an old friend of Phil’s, a woman who, as a young girl had a crush on the older Phil and it is her thoughts and feelings the reader shares. She offers a new perspective on Thea who becomes a more rounded character as a result. Mary, who prefers to be known as Ariadne, is unconventional, some might say, eccentric. It’s hard to remember that she is only thirty-six as the narrative voice is that of an older woman. Single, with stripey hair and a passion for spinning, dying and knitting, she is self-sufficient, growing her own fruit and vegetables and even owning her own sheep and a pig called Arabella, who is not just a pet but destined for the oven. Ariadne is an ardent pagan, embracing a belief in Wicca and a desire to connect with the earth. The village is rife with paganism and Freemasonry and the two appear to be at odds. 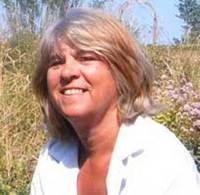 Rebecca Tope
The intrigue begins when Phil and Thea discover evidence of masonic ritual and a collection of regalia in Aunt Helen’s attic. In the absence of an inhabitant, someone has clearly made use of the space by dint of a ladder and an open window. When Ariadne finds the dead body of a friend, laid out like a sacrificial victim on Notgrove Barrow, a site of pagan interest, the intrigue develops and as a senior police officer, Phil is expected to lead the investigation, leaving Thea to amuse herself and get to know the locals.


Also by Artis-Ann ...
Review: Expectation by Anna HopeIntricate Layers: Eight Detectives By Alex PavesiOn The Road Again: Breathing Lessons By Anne TylerReview: The Hidden Hours By Sara FosterReview: Historic Walking Guides: York By Claire Shaw
This novel does not seem like a typical murder mystery; the clues are merely dropped along the way as if the reader is meandering through the countryside on a gentle stroll. There are no dramatic police chases or intense interrogations; no awe-inspiring denouement. Phil, as the senior investigating officer, though frequently mentioned, is not central to plot as the unlikely companions, Thea and Ariadne, bumble their way through.

It is a relaxed and enjoyable read. The characters, made up of local villagers, are gently, though clearly, drawn, in keeping with the Cotswold surroundings; the dialogue is naturalistic and the descriptions prove that Tope knows the area well. Details such as the Ashford spinning wheels and a reference to the designer Kaffe Fassett add a further touch of realism. The dogs are a frequent diversion and any dog lover will recognise the exuberance of the spaniel, the plod of the corgi and loping energy of the red setter. Equally, some of the detail about pagan belief and ritual makes for an interesting read. The novel is set around the time of Samhain, the origin of Halloween, and as Ariadne explains her beliefs, the reader gains a greater insight into this rival to orthodox religion.

Definitely a gentle saunter of a read for which there is always a time and place.


Death in the Cotswolds is published by Allison and Busby