Girl One is a vibrant piece of speculative fiction that explores the notion of ‘miracle babies’ – those born to a group of women housed in a secluded commune in 1970s America, under the supervision and direction of an experimental medic, a Dr. Joseph Bellanger.

Our protagonist is known as Girl One, the first born. A child of virgin birth, for Bellanger she is the living proof that parthenogenesis in humans is possible; his ambition has begun to be realised. When we meet Girl One, Josie, named after the father figure she has idolised in her memory, she is a young doctor, forging a path in early nineties Chicago and aspiring to finish the work Bellanger was forced to abandon.

Josie’s mother is missing, and we follow Josie as she embarks on a search to find her. The story obliges Josie to revisit past events and in doing so, to align the truths of a story created by the women of the collective, who have subsequently diverged to follow independent, self-determined pathways. On her journey, Josie is reconciled with the ‘daughters’ and the mothers with whom she was raised, every encounter adding to the scant set of clues with which she commenced her search.

Of course, the journey is not straightforward, and the story flows, building steadily, with meaningful events and plot twists carefully interspersed through the text to keep curiosity piqued. At its core one might categorise the book as a thriller with an undertone of suspense and a hint of criminality, but beyond that, it sets out characters and scenarios that would appeal to a broad swathe of readers.

I was never quite sure what the next build in the narrative would comprise – as it gathers pace, the plot broadens like a river delta – sub-plots cautiously flow from the central passage; some will come to fruition, others not. Yet as the delta expands, so too do the characters. Of course, people are not always who or what they appear to be to the outside world; many of the characters are, on the surface, very ordinary. With Josie, the reader chooses where to place trust, and where to have caution. We warm to those with whom Josie forms allegiance, we feel we know them as if they have stepped from our own lives. 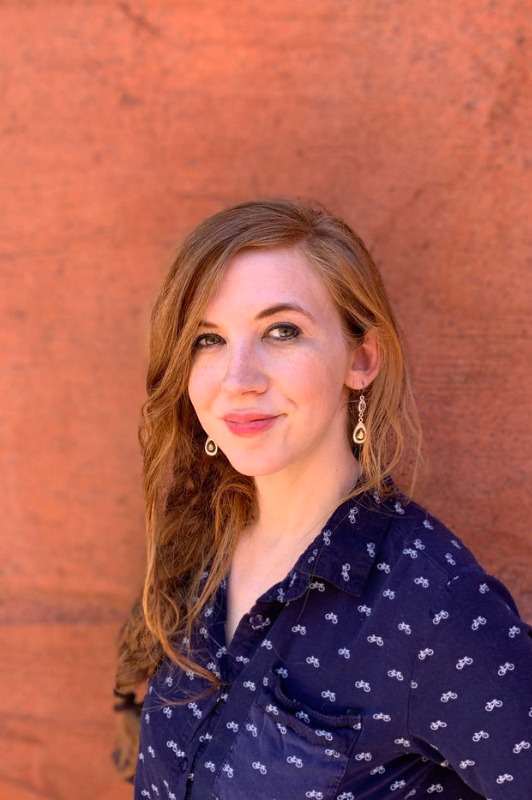 Sara Flannery Murphy
And whilst the central theme is based on the big ‘what if’, of what might happen if women were able to reproduce without the need of men, it follows a plot that at times feels quite sinister and unreal. The novel is rooted in realism, and the emotions that course through the passage of our lives.

Through the characters’ experiences the narrative explores the notions of self-identity, belonging, collaboration and strength in friendship. We also witness trust that is misplaced, deceptions and white lies, and the resilience and determination that inform our next decisions. Underpinning the narrative is the mother-daughter bond that propels Josie onwards: like many, she has become estranged from her mother, but at the core there seems to be an unbreakable bond. The story asks the reader to consider the psychological dichotomy of nature vs. nurture, our allegiances according to our bonds, and of course, it gives a nod to feminism, female empowerment, sexuality, and the pain of betrayal.

And yet despite its setting in the nineties, a time practically unknown to younger readers, we have no hesitation in reconciling ourselves to the characters - their challenges and emotions are still pertinent to our time.

In the author’s acknowledgements, she tells us how certain books inspired her. She cites Robert T. Francouer’s examination of experimental embryology, Utopian Motherhood, in which he predicted that “human sexuality will no longer be biologically orientated to reproduction of the species”, and the autobiography of the world’s first test tube baby, Louise Brown, born in 1978. Both reflect the period’s fascination with the human manipulation of reproductive processes.

The 1960s and 1970s was a time of social change in the West: women fought for equality in the home and at work, their sexuality and their reproductive rights and the daughters we meet are a natural product of this era. They embody similar challenges carried forward several decades, a period of transition between the ‘then’ and the ‘now’. The idea of a commune, a physical home to a cult, or at least, collective, seems dated now, yet if we put ourselves in Josie’s shoes, this transitional phase appears to be very much a part of her DNA.


Also by Caroline Spalding...
Review: Cold Enough For Snow By Jessica AuReview: Good Intentions By Kasim AliReview: Strangers I Know By Claudia Durastanti, Translated By Elizabeth HarrisWalking For Wellbeing – It Really Does WorkReview: The Love Songs Of W.E.B. Du Bois By Honorée Fanonne Jeffers
If I have focused on the human elements that permeate Girl One, then the novel’s mood is infused with the supernatural, the uncanny and the bizarre. Suspense sustains the plot’s trajectory, whilst progressing alongside a well observed commentary on the zeitgeist at the fin de siècle. Efficiently researched, with a story mapped out to encourage page-turning, this is one I enjoyed and would certainly recommend.


Girl One by Sara Flannery Murphy is published by Bloomsbury, Raven Books