Billed as “a Netflix horror drama chiller from Charlie Kaufman”, I’m Thinking of Ending Things, based on Iain Reid’s novel, is both a blessing and a curse for a reviewer. Because while I could go on for thousands of words about the revelations I made and am making - as I type - about this ambitious film (having allowed its many parts to settle in the old noggin), I am also having to hold back so you can experience this yourself as purely as possible. 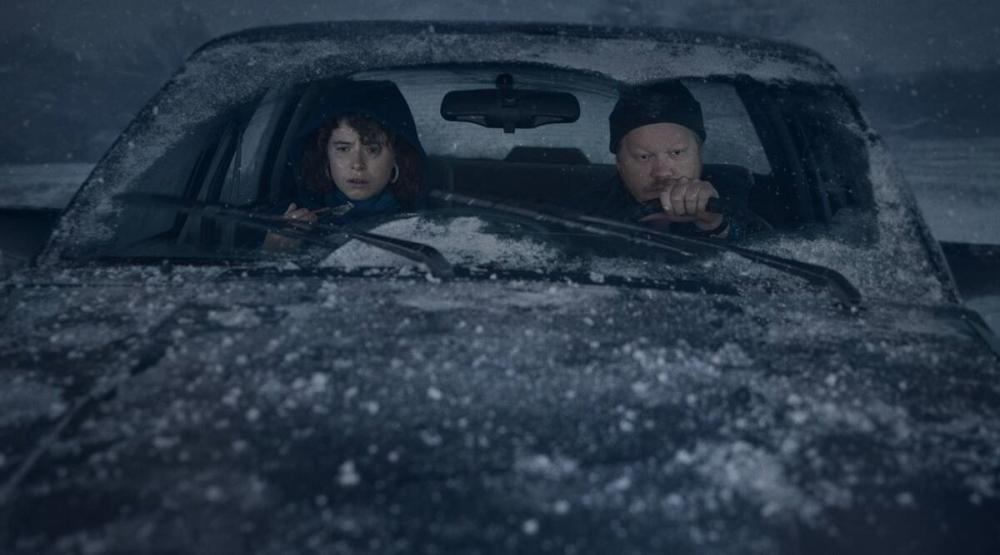 The story concerns a young woman (Jessie Buckley) who is on a road trip with her boyfriend Jake (Jesse Plemons), as they head to meet Jake’s parents. Trouble is she is thinking of ending things but as this night goes on, many further challenging feelings arise and many questions with them.

Charlie Kaufman’s (Being John Malkovich, Anomalisa and Synecdoche, New York) film is an absolutely staggering watch, both a horror film and also very much not. It is horror as only Kaufman could create. I continue to tussle with exactly what I thought and how I thought it here but it is impossible to leave a viewing of this film with anything less than admiration for the effort and lengths taken to create something to think about, feel and remember.


Also by Jack Bottomley...
Review: The New MutantsReview: MulanReview: TENETReview: SputnikReview: The Pool
Uninterested in creating a ‘thriller with a twist’, Kaufman’s film is - despite its seemingly straightforward premise - immediately one that does not sit comfortably in the mind’s passenger seat. From the earliest moments you are provided hints, questions, clues and answers, all of which you gather throughout, piecing together the parts and in turn making many discoveries, as the plot veers from one aspect to another. A lot of the ideas admittedly passed over my head, but many also bloomed in my mind. As the film has some wonderful subtleties and depth of field shots to decipher, just as it has some toe curling and soul tearing scenes to endure.

If you are in a particularly bad place, this one may not exactly help, as the film is almost unbearably hopeless at times but it is one hell of a compelling story. As the movie sinks into the existential terror of the human condition, you find yourself swarmed by a unified blanket of emotions, missed chances, fragmented memories and lost hopes. This film lays bare our feelings and experiences of life, and offers up a shared discussion of them, while toying with particular tropes of the horror and thriller genres in the most aesthetically enchanting and daring of ways.

Astoundingly performed by all, Buckley is especially remarkable at the lead of the film. She plays a character who increasingly is not in control and whose very being constantly fluctuates. Buckley tremendously draws you into every pore of her performance and it is truly mesmerising work.

Plemons likewise continues to do incredible work as an actor since breaking out in Breaking Bad and here tussles with a cavalcade of feeling. While the excellent supporting double act of a darkly comic and awkward David Thewlis, and a jittering, slipping and pained Toni Collette, only adds to this character snowstorm, which is every bit as encompassing as the literal snowstorm that whistles around onscreen.

I’m Thinking of Ending Things is perplexing, ambitious and bold, a film I still am thinking about and gaging, and that is precisely how Kaufman wants it. This is one to go back and watch over and over, and maybe Google some queries about. And as you build an increasingly fuller picture from the clues left, you also further think on your own past, present and future as a result.