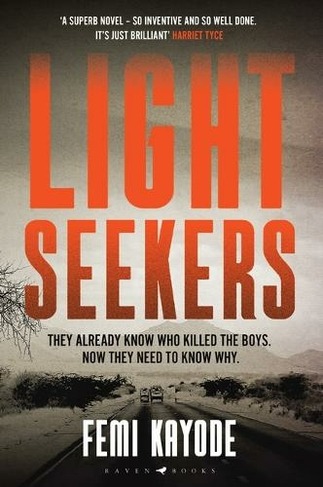 Lightseekers is a compelling debut novel from the clinical psychologist turned advertiser and now upcoming literary star, Femi Kayode. Set in Nigeria, the novel moves at pace through an environment which poses the question of where reality stops, giving way to fiction.

It’s the story of investigative psychologist Philip Taiwo, who has been hired to discover not who the murderer was in a crime, but instead the harder question, of why did it happen? And as we move through the novel, it feels like Philip is getting further entangled in a web of deceit, corruption and at times, the incomprehensible –the reader must keep their wits about them to keep their finger on the pulse.

The novel is structured in ‘acts’ – each is given a title, with the first being: “light reflects in several directions when it bounces off a rough barrier.” A fairly prosaic description, but it captures the complexity Philip is about to plunge into. Each act’s title is about the distortion of light – as if light in the plot is the truth, refracting and deflecting at tangents we struggle to keep up with.

You like Philip from the start. He is one of the few characters that appears to have both feet firmly on the ground. He is deeply insightful by profession, but he never flaunts his skill or intellect, his style is more under-the-radar. The novel opens with his flight into Port Harcourt, a large city in Nigeria, and we soon learn he is a recent returnee from the United States and that things here are not what they are back across the water.

He travels to a ‘sleepy university town’ of Okriki where three students were brutally murdered, with the whole grisly episode caught on social media. The legal trial of the accused is about to begin and the father of one of the murdered young men has hired Philip in desperation for answers, for closure. In response to his spirited wife’s reminder that he is not a detective, he tells her he has been hired only to investigate why what happened, happened. She warns him that he is taking his profession into a real and dangerous world, and it appears that, as usual, the lady is right. 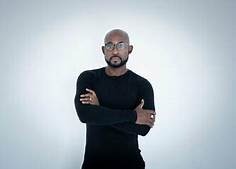 Femi Kayode
Philip appears completely honest, humble, open to his emotions and does not pretend – in short, he seems a man without ego and you quickly warm to him. To set the scene we are given a quick recap of why he is travelling to Port Harcourt, and we witness his encounter on the plane with another headstrong lady who in due course will become a valued friend in a town where he has none. Her personality shines through the dialogue, the simplest phrases tell us exactly what to expect. Arriving in Okriki, he meets his driver, Chika and the investigation begins.

Chika is local, he knows what’s what, yet there is always an air of mystery about him. We soon see he is more than just a driver; he essentially becomes Philip’s sidekick and it would appear he knows more than he lets on. They meet the local police chief, who becomes another important figure in the plot, and we quickly suspect that the local police force is riddled with corruption, echoing perhaps the underhand nature of wider society. It swiftly becomes apparent that nothing will be straightforward in Philip’s task.

The plot is driven by the narrative; it is pacy, but not frenetic. Velocity accelerates towards the climax, but so should any dynamic crime drama - you have to build up for the finale. Philip remains the calm in the storm, but at times even he doubts himself, questions his own impeccable judgement, and some secrets elude him. Lightseekers ticks all the boxes of a good crime fiction novel – it is complex, there are numerous twists, and you begin to doubt almost every character. At times we feel a sense of futility: will Philip get to the bottom of it, or is he trying to untangle a web that resolutely will not be undone?


Also by Caroline Spalding...
Review: Cold Enough For Snow By Jessica AuReview: Good Intentions By Kasim AliReview: Strangers I Know By Claudia Durastanti, Translated By Elizabeth HarrisWalking For Wellbeing – It Really Does WorkReview: The Love Songs Of W.E.B. Du Bois By Honorée Fanonne Jeffers
Thematically, the novel reflects anxieties that have arisen in the past, but still affect modern Nigeria. There is undoubtedly a palpable tension weaving its way through the narrative, not only in the events that unfold, but in the characters that we meet. What is said, or more often what is left unsaid, leaves the reader unsettled. Nigeria, in the novel, is portrayed as a world without regular law and order – the framework of society is corrupted by drugs, venal bureaucracy, religious conflict and the ease with which folk can be roused to violence. Yes, there is a police force, but you doubt its efficacy. We feel the difference between this society and ours, not in the disclosure of specific detail, but rather by inference. We feel as if an unwelcome visitor; an element of ‘them and us’ pervades the narrative. Philip’s Nigerian heritage is almost an irrelevance, he too is an outsider, assumed to be American, and at times his presence is somewhat akin to an old Western movie, where a stranger walks into a bar and all falls silent. He gets noticed, and in such a small town, news certainly spreads fast.

The book is enticing, compelling and cleverly written; the skills of Kayode as psychologist are dexterously employed. But the pre-eminent strength of Kayode’s writing lies in his characterisation. The ‘cast’ are all clearly visualised, enlivened – there are no long passages on character appearance, all is adroitly brought to life in dialogue. Conversational exchanges efficiently convey unspoken emotion, and we understand how heritage plays such an important role in another unspoken aspect – that of the hierarchy, the sense of place in society.

For a thoroughly engaging romp through a psychological thriller, this is one to read. Remarkably, the novel won the 2019 UEA Crime Writing Prize whilst it was still being written, and I would certainly recommend it. Philip Taiwo is a character who is set to appear in a new series, and I will be first in line to follow his second outing.

Lightseekers is published by Bloomsbury
More in this series...
Review: The Stranding By Kate SawyerReview: You Let Me In by Camilla BruceInterview With Victoria PrincewillThe Traumatic Legacy of Denial: The Sanatorium By Sarah PearseThe Imposter by Anna Wharton: A ReviewGirl In The Walls By A.J. Gnuse - A ReviewAn Interview with Alice Ash - Author of Paradise Block‘ …Really Real Poor People, Surviving Alone Together’: Paradise Block By Alice AshInterview: Neema ShahKololo Hill By Neema Shah: A ReviewInterview With Catherine Menon - Author Of Fragile Monsters‘Ghosts Everywhere I Look. Ghosts Everywhere I Don’t’: Fragile Monsters By Catherine MenonInterview: Bethany CliftLast One At The Party By Bethany Clift: A Review'There Is No Such Thing As Fate, Because There Is Nobody In Control': My Name Is Monster By Katie HaleInterview With Frances Quinn - Author Of The Smallest Man'A Hero Of Our Time!': The Smallest Man By Frances QuinnInterview: Thomas McMullan, Author Of The Last Good ManReview: The Last Good Man By Thomas McMullanInterview With Nikki Smith - Author Of All In Her Head