Review: Lonely Castle In The Mirror By Mizuki Tsujimara 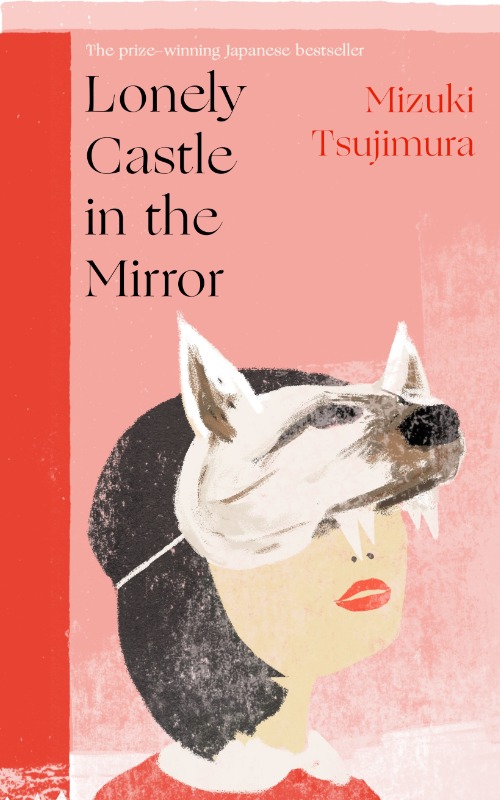 Lonely Castle in the Mirror is a Japanese bestselling, prize-winning novel by Mizuki Tsujimara that follows the story of Kokoro, a seventh-grade pupil who can no longer attend her school. The reason isn’t laziness, but instead fear: she has been bullied, and without being able to openly talk about the episode, she has turned inwards. Perhaps it is a child's instinctive response; to turn away when all allies appear lost, when there is no one to turn to.

She retreats to her home, where she stays. We don't hear the conversations that took place between her and her parents when she stopped attending school, but what's clear is they don't know why she won't go, and their patience is running dry. Kokoro sometimes wishes she could talk with her mother, but something holds her back.

One day she discovers that her mirror is shining, and, passing through it, she enters a castle, where she finds six other teenagers, all of whom have been drawn through their own mirrors to this mysterious place. In the castle, the Wolf Queen, a strange child-like creature who wears a mask, sets out the rules, and withdraws after explaining their objective: they are given almost a year to find a key that will grant the finder a wish, but it comes with caveats.

This novel belongs to the genre of fantasy and as readers, I think we take a step back, and indulge in the narrative that conveys something akin to a fairytale for children. I, at least, did not question whether it was realistic. From my perspective, the plot and narrative act as a vehicle to carry broader observations and reflections on the real world. Of course, the children have a reality from which they have entered the castle and respond to and reflect on authentic life events. But, perhaps placing the narrative in a fantasy setting gives the reader neutral ground on which to consider some of the darker aspects of real life. The context of the narrative perhaps also highlights the adult unwillingness to face problems head-on. For some readers in its country of origin, an exploration of the concept of poor mental health from a child’s perspective brings it back to basics, makes it an easier topic to explore in a nation where mental state has long been considered a taboo, with attitudes only recently beginning to change.

The story follows the teenagers as they forge tentative bonds. They are initially reluctant to open up to one another, but as their confidence grows, we start to slowly piece together their back stories. It would be a stretch to call their alliance a friendship, but they come to view each other as they view the castle itself: a port in a storm, a safe haven. We know almost nothing of their lives on the other side of the mirror, but only with the passage of time do they begin to acknowledge that they too know so little of their companions’ real lives. 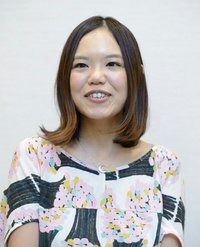 Mizuki Tsujimara
Kokoro’s experience could reflect a common search for identity. She is a girl who feels shunned by her classmates, who has turned inward and feels quite helpless. In the real world, her reluctance to venture outdoors manifests as a physical incapability, albeit reinforced by her mental anxiety. Her self-imposed isolation causes a disconnect from the world around; she cannot find her place, she doesn’t know where she really can fit in.

We inevitably discover that all the children feel ostracized, but they have different reasons, and here, perhaps, we find a comment on how narrow society’s definition of “normal” may be. It does not matter what sets you apart - if you are beyond the limited boundary of normalcy as defined by society, or more accurately these days, social media, then you are cast aside.

We observe, in the children, some touching moments: the childish crushes, the cautious exchange of gifts on a birthday, the switch into informal language when addressing one another. There is no dynamic plot, just the slow, steady progress of time in which the children reach a form of understanding, allowing them to form connections. Clearly a subtle reminder of the importance of dialogue, conversation creates a connection, and in turn, compassion. Beyond this, therefore, we read that hostility is born of ignorance and the unwillingness to engage.

The novel acts as a reminder that, as individuals, we are alone. As the children run out of time, and the key is yet to be found, they start to consider what the castle really is, what it really means. In one theory they compare their castle existence to the fantasy world of video games, or Manga comics. And whilst in their world social media does not exist, their reflections might stir in readers an acknowledgment of superficial existences lived online. We might also speculate that how we view others is not necessarily how others view themselves, and vice versa. The narrative touches upon how little attention we sometimes give, the assumptions we make, the answers we swallow without question; what we consciously choose to ignore or suppress because it doesn't fit with our own world view.


Also by Caroline Spalding...
Review: Oracle By Julie AndersonReview: You Let Me In by Camilla BruceThe Imposter by Anna Wharton: A ReviewReview: Bright Burning Things By Lisa HardingReview: The Smash-up By Ali Benjamin
The conclusion restores our faith in humanity, a fitting ending that testifies to the strength found in friendship, acquired through understanding. In a country where studies have demonstrated a lack of psychological wellbeing amongst children, maybe it takes a book such as this to bring the subject out into the open. Perhaps the author gives voice to these children so that readers can hear the stories their own children wish to tell, but like Kokoro, cannot.

Conversations open doors, give us a platform, and provide the ability to understand and alter our own perspective. In a world where there is so much untruth, so much altered reality, so many superficial existences forming even more superficial relationships, this book turns back the clock and reminds us of what is real, and what truly matters: compassion and kindness, the strength in our bonds, and how we can find those right beside us.


Lonely Castle in the Mirror, translated by Philip Gabriel, is published by Doubleday, an imprint of Penguin Random House