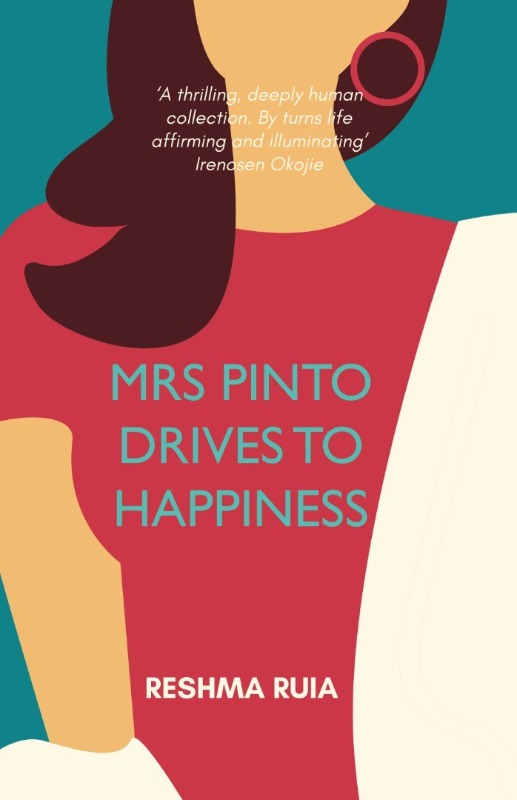 “Once you label me, you negate me”…Søren Kierkegaard

David Sedaris once said, “A good short story would take me out of myself and then stuff me back in, outsized now, and uneasy with the fit”. Chekhov’s short stories partly derive their visceral force from thematic accretion. Seminal messages adroitly amplified by dint of imbricated narratives, set side-by-side to form an ideological integument binding his ideas into something larger than the sum of its parts.

Another virtue of the short story collection as a literary form is the capacity to intentionally induce apophenia. We see the familiar with fresh eyes, discerning new understandings whilst digesting these bite-sized revelations without the risk of intellectual indigestion. Our food is chewed, savoured and most importantly appreciated, whilst acting as both aperitif and main course. Done well, a short story collection can easily equal a novel’s ability to seed ideas into our minds, subtly pipetting complex truths with surgically deft precision.

Mrs Pinto Drives To Happiness, Reshma Ruia’s debut short story collection, is an elegant union of form and function in which authorial legerdemain is conspicuous, but never distracting. Its beautifully made stories hum with unpalatable humanistic truths and the burdens of courageous longanimity, counterbalanced by the indefatigable power of personal authenticity and unflinching hope.

Ruia’s deceptively simple tales engage and entertain, osmotically transferring their thematic essence into the reader’s mind with inconspicuous dexterity. More importantly, echoing Sedaris’s point, Ruia expands her reader’s perspectives, tenderly provoking reflection, skilfully invoking compassion. Our sensitive author does not attempt to palliate the woes of those she gives voice to, instead she gently invites the reader to confront what those surrounding our protagonists will not. A blunt didactic hammer would crush the metaphorical thematic nails Ruia wishes us to understand. Thus, Ruia spotlights rather than condemns, leaving the reader free to form their own conclusions.

The book offers us fourteen ostensibly unrelated vignettes, each exploring a specific moment in the life of a central protagonist. Told from the view point of immigrants, refugees and those temporarily or permanently displaced from their habitual environs, we find ourselves in India, Japan, Africa, the USA and England.

Our characters form a diverse panoply of colourful individuals ranging from domestic servants and lowly museum guards, through to aspirant young professionals, spent political leaders and elderly souls near journey’s end. Our protagonists are seen through the cultural cynosure of the society surrounding them, offering us an anthropological odyssey, as geographically variegated as it is hierarchically striated. Temporal plasticity further enriches the book’s scope as we move from the assumptive solidity of the present to the previously unexplored shadowlands of the past and the secrets they conceal.

Whilst intentional fallacy should never be allowed to inform or distort a reader’s response, a glimpse at Ruia’s biographical details does shed some albeit subjectified light upon both her intentions and talents. Ruia is an award winning writer and poet, with her first novel, Something Black in the Lentil Soup garnering huge applause from critics and readers. Her second novel, A Mouthful Of Silence received similar praise. Her debut poetry collection, A Dinner Party in the Home Counties won the 2019 World Massala Award. Ruia has literary provenance.

Turning to the non-literary details of Ruia’s life, we find that she holds a PhD and Masters Degree in Creative Writing from Manchester University, and a Bachelor and Masters Degree with Distinction from the London School of Economics. Humanitarian callings have seen her work with the World Food Programme of the UN and other similar organisations.

Why does this biographical detail matter, I hear you ask ? Context. Ruia’s stories can of course be approached sans any knowledge of their creator. Most of our literary intake occurs without familiarity with an author’s history or qualifications and that’s as it should be unless pursuing academic enquiries, or dishing out grants.

However, in Ruia’s case these apparently extraneous details both explain her subject choices, and usefully inform our understanding of their carefully curated treatment. Further, they go some way towards enabling the reader to grasp the sheer scale of the canvas she paints upon. Ruia’s stories function as the outpourings of an informed, poetically sensitive mind, distilling its thoughts through the medium of skilfully crafted words. The words speak for themselves, however understanding their power benefits from this exploration of their originator.

So, thematically what can a reader expect to encounter when embarking upon Ruia’s fourteen stop peregrination ? The answer is rooted in one truth lying at the heart of each narrative’s structural essence. Each of these wildly different tales concerns itself with unmoored individuals, inhabitants or visitors to foreign lands sharing the common fate of being part of a displaced diaspora.

If not aliens on foreign soil, then incongruently beached in a now discordantly at odds with the foreign land of the past. We see reality through the eyes of those uprooted from their own cultures, or marooned in a present disconnected from the past once defining them. They are all itinerant if not in fact, then in essence.

We explore personal authenticity and agency, segueing to confrontations with heritage and cultural determinism. ‘The Western Dream’ is investigated through the callous prism of ethnocentric bias and xenophobia. Ruia allows us to meditate upon personal identity and how meaning is both found and lost. The fragility of personal truth is delicately dissected as we observe the antithetical forces of tradition and modernity collide. The omnipresent pressure to conform to the expectations of others tugs relentlessly at the lose threads holding in place a sense of self.

Personal integrity battles with insincere, but safe, value systems adopted in a bid to belong. Nostalgia becomes an anchor in tumultuous seas; clothes, language and food, the tropes employed in order to resist the tidal pull seeking to dislodge authenticity from its moorings. Milan Kundera wrote in The Unbearable Lightness of Being, “In the sunset of dissolution, everything is illuminated by the aura of nostalgia”. Words Ruia has understood and amplified.

Importantly, Ruia does not present a cast of lamentably passive victims. Conversely, she celebrates the courage of her characters and their undaunted search for belonging, connection and happiness. This connectivity, and shared passage is the central truth about which Ruia’s carefully crafted stories orbit. Her characters remind us of Aristotle’s “Great Chain of Being”. They are resolute, adaptive and though vulnerable, unshakably optimistic. They are Us, in a different guise.


Also by Paul Spalding-Mulcock...
A Sower In The Desert: Smoke By Ivan Turgenev“Love Is The Magician That Pulls Man Out Of His Own Hat”: A Marvellous Light By Freya MarskeExpecto Resurrectionem Mortuorum:The Gift - Book 1, Eleanor, by R. A. WilliamsLittle Liar Boy - A Hall Of Mirrors StoryThe Devil's In The Detail: Johannes Cabal The Necromancer by Jonathan L. Howard
Stylistically, we see the use of a first person point of view to provoke both intimacy and empathy. We see third person narration allowing the reader the space to both observe and vicariously participate in emotionally charged episodes. In media res is a fitting device astutely mined for its capacity to both immerse the reader in the story’s moment, whilst ensuring each story is part of the book’s overall narrative flow. Carefully made anabasis ensures that the denouement of each tale breaks with the force of a tidal wave on the beach of our sensibilities.

Intertextuality is deployed with finesse, referencing Tennessee William’s A Streetcar Named Desire in one of the later stories giving both this vignette raw power, and washing its meaning across the entire book. As for the book’s language, the reader will find little that is florid, or superfluous. Whilst a poet is at the helm, guiding us through the book’s jagged contradictions and unsettling revelations, a calm author has ensured her character’s verisimilitude is always prominent rather than her own lexicographical gymnastics. We focus upon the lived experience of those we meet, not the language facilitating the encounter.

Regular readers of my reviews, if such people exist, will know of my allergic reaction to the epilogue as a literary device. Ruia’s collection has no such barnacle clinging to its hull. That said, I did find the inclusion of ‘Spring Time In Japan’, the book’s final short story, to be an epilogue in all but name. Whilst almost faultless in and of itself as a stand alone story, I found it jarringly incongruent. Not because of its thematic load or style, but simply because the points it seeks to push home are disconcertingly conspicuous.

The tales preceding this final instalment gain their force and reverberative resonance by dint of allowing readers the space to think for themselves. For this occasionally over critical reviewer, Ruia serves up a final story whose sole purpose seems to be to drive her thematic nail home. Lacking subtlety, it also lacks the incalculable potency of layering as an artistic technique. If the preceding stories are profoundly beautiful watercolours, this last tale is more of a poster competently rendered in bold acrylics. Many readers will not share my undeniably idiosyncratic view, and that is just as it should be !

So, a collection of short stories I adored, written by an author whose lightness of touch, sensitivity and virtuosity absorbed both my heart and my mind, enlarging my world view and encouraging my calloused heart to beat a little more gently. Reshma Ruia …thank you.


Mrs Pinto Drives to Happiness is published by Dahlia Publishing.