Review: The End Of The World Is Flat – Simon Edge

For those familiar with the work of Simon Edge, his recent novel is not going to disappoint. The End of the World is Flat brings us a refreshingly pointed reflection on the zeitgeist: a light-hearted lampoon, underpinned with a wit and intelligence that gives resonance to the satire.

Woven into the prose is an excoriating commentary on our current state of affairs, how easily we let intangible forces grip our consciousness. But none of this detracts from the humour that keeps the prose flowing. The book will undoubtedly prompt a chuckle, or wry smile, and inevitably lead us to roll our eyes in the realisation of how reprehensibly daft we are.

The premise, we gather, is that a tech billionaire has an agenda to convince humanity that the world is flat. From this unlikely concept, Edge carefully constructs a performance with a compelling and utterly convincing dramatis personae, and crafts an entirely conceivable plot, a parody that is awkwardly close to reality. Who’s to say, in the unpredictable melee of our increasingly dystopian landscape, that humanity might not suddenly become convinced of a ludicrous idea? Events of the past few years might suggest that, for many, the mental leap has already been made.

The Introduction presents to us Christopher Columbus as he embarks on his epic voyage to find a more profitable route to Japan, China and the East Indies – he returns, via interlude, to the main narrative to add historical context, and to give perspective to the events revealed in the plot. 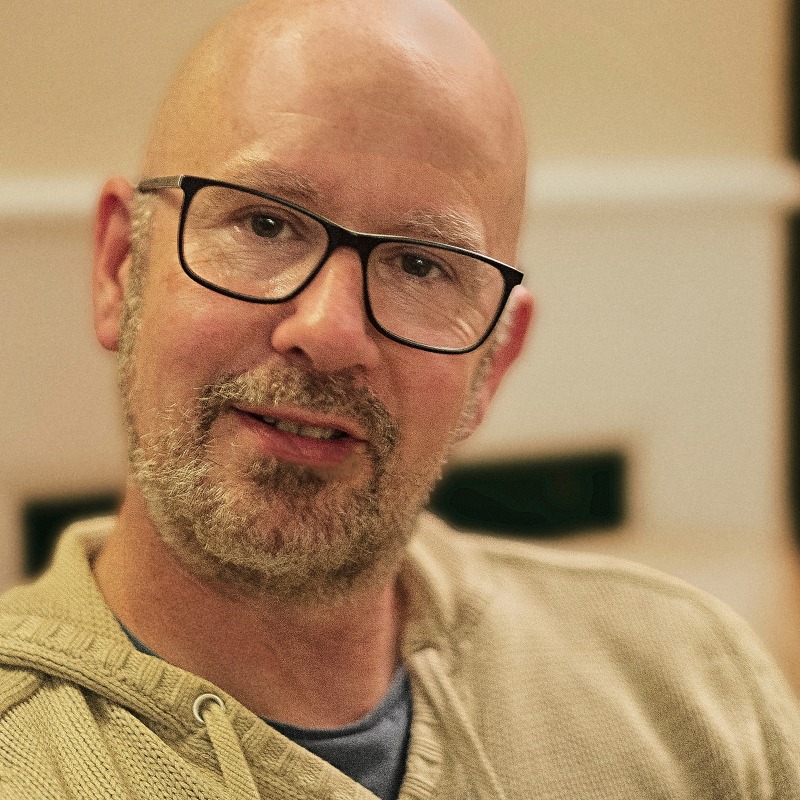 Simon Edge
Moving to the present, we first encounter Mel Winterbourne. As a founder of a charity that has now served its purpose, and which began with a mission to accurately represent our spherical planet in 2D format, she has achieved her objective, and now it is time to move on. But we know this will not come to pass, as the tech billionaire has an ulterior motive, and, in Mel’s place, her former deputy, Shane, takes centre stage.

On first meeting, we feel that Shane hasn’t much backbone, or self-confidence – we suspect he feels somewhat overlooked. We retain some lingering doubts about his own moral compass, but with Mel removed from the spotlight, we witness Shane’s character grow, develop and indeed prosper. Yet all the while it remains clear that he is putty in the hands of those driving the real agenda.

The plot leads us to encounter the rivalry that develops between the two distinct factions – the flat earthers and the Tergs – that is, the “True Earth Rejecting Globularists.” What makes the plot so compelling, and so believable, is that the strategy to convince humanity of the globe’s non-globularity is so cleverly orchestrated. It not only convinces its followers, but gives a reason to believe, whilst instilling the notion that it would be unforgivable not to believe.

The narrative boasts witty exchanges, sharp retorts, and passages of genuine human compassion. Added to the line-up of fairly ordinary individuals, we encounter vibrant, and somewhat eccentric characters who enrich the story. These off-beat figures extend as far as those who, in our own world, are nothing more than a Twitter handle, and we revel in their acerbic and comical online exchanges. Of course, social media is the means by which the flat earth concept spreads and gains influence, the platform to host the borderline-hostile discord between team-Terg and team-flat-earthers. Such exchanges bear the mark of an authenticity corroborated daily in the Twittersphere.


Also by Caroline Spalding...
Review: Cold Enough For Snow By Jessica AuReview: Good Intentions By Kasim AliReview: Strangers I Know By Claudia Durastanti, Translated By Elizabeth HarrisWalking For Wellbeing – It Really Does WorkReview: The Love Songs Of W.E.B. Du Bois By Honorée Fanonne Jeffers
The novel does not judge and appears not to reflect any form of augury, as it prepares us for the dark forces of social media as they turn against us. Instead, in good humour, it reaffirms the many lunacies of our modern era. Yet within its salutary pages is an implicit warning that we too often accept social media without question. Edge takes us on a journey of dexterous reaffirmation: that despite human intelligence, we remain, in large part, bloody fools.