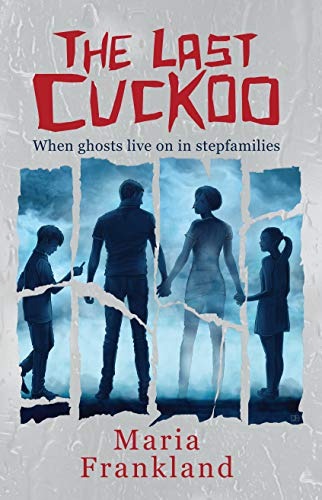 Here is a rare treat: a book of extraordinary depth that leaves no stone unturned in its selection of the kinds of trope which drive effective narratives – The Last Cuckoo is thorough in both conception and execution.

This last skill – and it is crafted – is manifested in the story in thematic, stylistic and tonal devices which look incredibly well-honed. I was particularly struck by the ‘backward glance’ approach which is the story’s motor: the art of insinuating a back-story into the reflective interstices between dialogic exchanges is a not uncommon means of fleshing out fiction, and it works exceedingly well here. We learn of the character of Jamie’s past, of his family associations, and of the dynamics which have driven the respective protagonists towards decision-making, or into dangerous relationships. Similarly, his apostrophic dialogue with his mum, although held in absentia, bolsters a sense of elegy as it also gives emollient to his ongoing ‘grieving’ process.

Maria Frankland’s narrative uses a demotic form of language which gives an accurate rendering of the lives and cultural mores of a corner of West Yorkshire with which many of her readers will be familiar; her phrasing will resonate, particularly with a local audience. Ms Frankland is adept at disinterring expressions from the vernacular undergrowth which I’d almost forgotten, but are a delight to recall: ‘sulking and creating’ is one such of several whose inclusion adds to the story’s colour. The relatively high expletive count does not overwhelm conversation, rather is it absorbed into the novel’s superstructure, making the phenomenon seem the only authentic response to the fractious, nerve-tangled nature of exchanges which are both resolutely contemporary, and set on a knife’s edge.


Also by Steve Whitaker...
Poem Of The Week: 'The Latest Decalogue' By Arthur Hugh Clough (1819-1861)The Collapse Of Politics: Late Capitalist Fascism - Mikkel Bolt RasmussenPoem Of The Week: 'The Drum' By John Scott Of Amwell (1731-1783)A Dream Of String Vests: Ian Duhig – New And Selected PoemsIf Paradise... Andy Fairweather Low & The Low Riders At Settle
The first and second person narrations in this domestic-noir lend the context an extra perspective of ambiguity: although we are watching a drama unfold, it is skewed to some extent by the vagaries of Jamie’s perception; he has an agenda, and that agenda will necessarily circumscribe the reader’s purview. Something does not hang quite right with his behaviour in some of the exchanges, and it is a reflection of the novelist’s acute insight that we are spoon-fed Jamie's ‘grief’ at the death of his mother in piecemeal fashion, interspersed with intimations of a conventionally difficult relationship with the other protagonists that will be exacerbated at the denouement.

The novelist’s use of the present tense gives the narrative a sense of immediacy, locating the tableau in the world of the now, which is why the funeral sequence is so persuasively drawn. The funeral, in fact, is a great starting point for the story because it allows Ms Frankland to release the slow-drip of information contingent upon its causes and consequences. The anxieties and recriminations which follow in its wake are beautifully drawn; many readers will recognise as persuasive the knee-jerk bitternesses that often attend a laying to rest which is anything but.

When, by contrast, her narrative achieves a rare sense of resolution, the effect is heartbreaking. The scene on Ilkley Moor where Anna (Jamie’s mother’s) ashes are cast to the wind draws the characters into a circle of solemnity, where, for once, the appropriate buttons of propriety are pushed, and a brief, if counter-intuitive, bond emerges. Living, breathing bundles of human frailty, Frankland’s skilled characterisation reinforces authenticity. Audiences relate to weakness; it appeals to the schadenfreude present in all of us, and reminds us that we are not alone in the ethical murk.Never more so than in the figure of Jamie’s venally self-serving father, of whose negligent excesses Jamie is fully aware, but tolerates in the name of an ongoing filial loyalty which is counter-intuitively convincing. 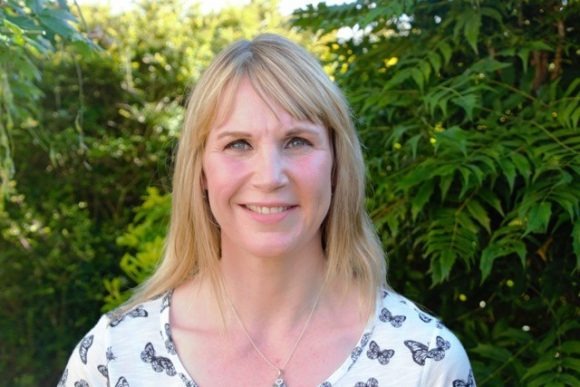 Maria Frankland
There would be a good case for a psychological reading of the motivations and drivers of the protagonists’ character traits. The backbiting, systematic bolstering/fragmentation of mood, and manipulation of frailties are all characteristic of families in freefall, and they are rarely more truthfully described than here. In this well-wrought crucible of exposure and vulnerability, the bursts of ‘behind-the-hand’ invective reinforce our gradual realisation that Jamie’s borderline psychopathy might be an indicator of guilt.

Nuanced intuitions add weight to Frankland’s observational powers. Littering her story with conceits which strike just the right balance: the recurring urine-infusion of death’s own floral accompaniment, the lily, acts rather in the manner of Proust’s Madeleine; the telling compulsions which mark the continuation of redundant spoken proprieties into adulthood. And the language and landscapes of a locale whose reiteration lends plausibility to a narrative which is peculiar to the present. The furniture of that present – commercial preoccupation, the worrying hegemony of social media, anxiety as to identity in a multi-layered, complex world – all bear down on the central characters like a storm cloud. And the central trope – the recurrence of genuinely creepy tweets in the name of Anna – pays lip-service to our credulous faith in a form of communication behind which truth is negotiable, as it ushers in an entirely novel plot dimension. That the hand behind the tweet is only revealed after forensic investigation is symptomatic of a frightening, and very recent, phenomenon.

The Last Cuckoo interrogates every nuance for verisimilitude to observed reality, and the result is a convincing mirror to a version of the present. As the narrative builds towards an uncertain outcome, Maria Frankland’s racking up of the tension bears a natural velocity which draws the reader in: the final fifty pages or so are real ‘page-turners’ and the truth is only vouchsafed at the very end, in spite of the accretion of suspicion as the story unfolds.

On a day when booksellers have announced an exponential increase in sales – books yield pleasure and consolation in times of self-imposed isolation – The Last Cuckoo would make a thoroughly diverting accompaniment to a listless afternoon.


The Last Cuckoo is published by Autonomy Press