Review: The Woman In The Window

As things move forward, it can sometimes be nice to be taken back to a different era in a genre. Perhaps this is the reason why many of Liam Neeson’s action films in particular are a joy (other than his ever reliable skills as a leading man of course), they take you back to a specific time in film history and remind you of its brilliance. 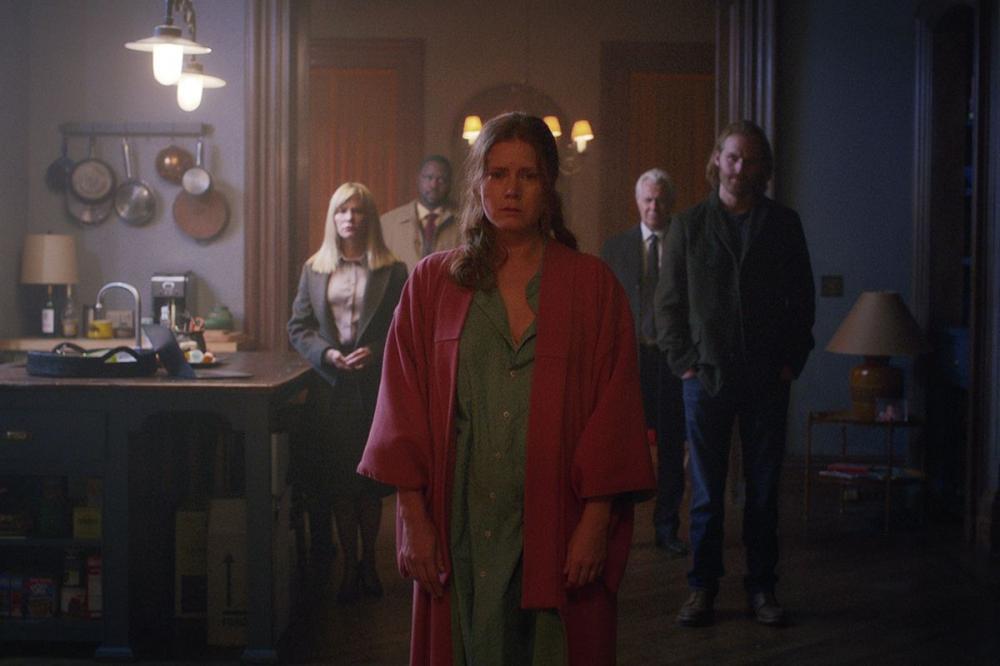 Such is the case for director Joe Wright’s (Atonement, Darkest Hour) latest Netflix thriller The Woman in the Window. A film clearly inspired by classic cinema, and based on A. J. Finn’s 2018 novel of the same name. The Woman in the Window is a Hitchcockian story by way of Jon Amiel’s Copycat, and while flawed, it is an enjoyably twisty paranoid thriller.

The movie focuses on Dr. Anna Fox (Amy Adams) a child psychologist suffering from Agoraphobia and casting an eye on the world from her window. However, as new neighbours move in, she becomes increasingly concerned for the safety of their shy teenage son Ethan (Fred Hechinger), and the hot tempered controlling father Alistair (Gary Oldman). But it is only when she is paid a visit from his wife Jane (Julianne Moore) that events start to spiral, as later that night she witnesses her murder, and Anna is forced to question what is really happening here and how much of it may be in her mind.

The Rear Window vibes here are not lost on screenwriter Tracy Letts, as there is even an early nod to the Hitchcock classic, and the story certainly benefits no end from the confined and focused setting. The twists come along at a decent rate and while the story gets rather grand for its trappings and delivers a very overblown Hollywood finale, there is still a sometimes taut and tense offering here that benefits from being on the streaming platform and viewed from home actually. Even though it was originally intended for cinema release apparently.

Wright throws a lot into it, some of which works and some of which doesn’t, as things all start piling up and the plot’s psychological edges begin expanding. There are even some visually arresting sequences rather reminiscent of I’m Thinking of Ending Things, that intercut the confinement of the home setting. It is all a little much on occasion but Letts and Wright ought to be applauded for strong statements about the treatment of mental health made here, that feel uncomfortably timely, especially for this writer sadly.

The cast also is exquisite, with Adams being invested in her character and supported by strong actors, such as Oldman and the especially likeable Brian Tyree Henry. There are other characters here more effective than others but with a cast like this you at least expect fun, and you get it, in an enjoyable evening’s viewing and a film that questions people’s perceptions and realities.

The Woman in the Window may not always be as neat or as high calibre as you might expect from these names but it is like that gripping novel, you know sometimes stretches credulity at times, but my word is it a good read while you are spending time with it.