Rising Damp in Old Houses - It's just a myth! 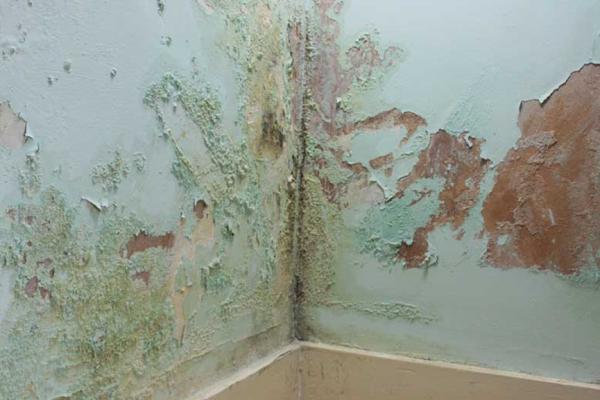 Is this really rising damp?
No I'm not talking about the seventies sitcom starring Leonard Rossiter, but that damp patch just above the skirting boards and gradually creeping up your walls.

Its inevitable that you will find dampness somewhere in an old house. Nothing lasts forever, but despite English weather, our old buildings stand the test of time better than any modern house.

The worst enemy of old houses is we humans - it's what we do to them, or fail to understand about them, that causes problems and makes you think you have to "Damp Proof".

So called 'Rising Damp specialists", and many inexperienced Building Surveyors recommending damp treatment have caused massive and irrepairable damage to old buildings through their incompetence. Many still churn out 'Homebuyer Survey' reports with a standard clause in them that recommends 'Specialist Timber and Damp surveys be undertaken'. Many funders will still not give a mortgage unless expensive chemical injected damp proof courses are first installed.

An entire industry has grown on the back of it.

Did you know that in Holland (lots of water there), they don't even have damp courses? True...Even in new houses, damp proof courses are not required. They build their houses with their feet in the water, and they don't get wet walls.

The biggest problem is that people don't appreciate that walls need to breathe.

Walls don't actually breathe in the human sense: they sit there while changes in temperature (and air pressure) do the work. The breathing analogy is a convenient way of understanding frequent exchanges of air from masonry to atmosphere and back again.

Anything that prevents a masonry wall from breathing will reduce its life expectancy. Coatings designed to seal the surface of masonry walls (and so call "protect" them) trap moisture behind the coating and cause a damp problem elsewhere, such as on the other side of the wall.

If there are appreciable salts in the wall, damage caused by inappropriate use of coatings can be dramatic. Coatings themselves - cement renders, gypsum plasters, plastic emulsion paints - will eventually be forced off the wall.

Rising damp is almost non-existent - it rarely occurs naturally, and it certainly doesn't move a metre up the walls as "damp proofing' 'specialists' would have you believe. 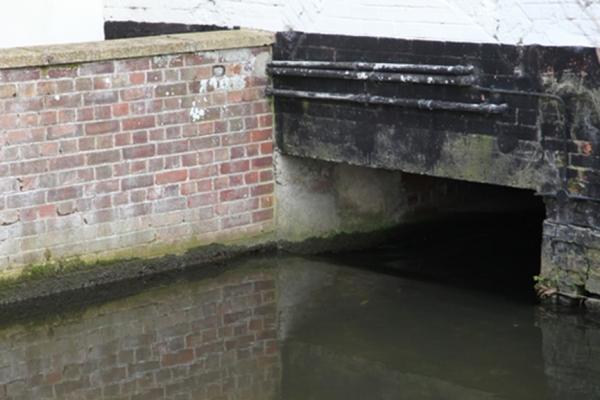 Wall sitting in water 24/7, and its bone dry. So Mr Rising Damp man - how do you explain this?

Rising damp usually shows itself as damp patches towards the bottom of a wall, in corners, at the bottom of chimneys, or as plaster falling off, or sounding hollow. Paintwork often goes flaky and powdery (damp!!?).

The damp is only surface deep - which makes sense. Humans breathe - when we do, moisture loads the air in the room, and condenses at the coldest spot - the bottom of the wall. That moisture is concentrated by things that retain it - like plastic (acrylic paints, wallpaper, that lovely magnolia emulsion you just put on,) or gypsum plasters, waterproof plasters, anything with cement in it....and the only way it can then escape is to blow the plaster or bubble the paint.

The same problem occurs with cement renders. There was a mistaken belief after the war that damp houses were caused by water getting in through the outside walls - this rarely happens. That belief resulted in houses being covered with thick coats of cement render - which traps moisture in the fabric of the walls, and causes mass build up - which then blows out into the internal walls.

The solution is to remove the render and let the walls dry out. If brickwork is damaged and needs repair or replacement, it should be done with lime mortar. If it is proposed to re-render, you must always use lime render, which can breathe freely, and allow trapped moisture to escape.

Injection Damp Proofing old houses is a waste of time and money - it doesn't work, and it can cause irreparable damage to the fabric of your house. 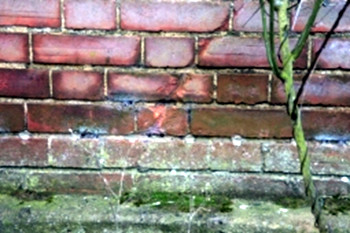 Ever really thought how damp proofing companies propose to stop "rising damp"? They recommend a water-based chemical be injected into the walls! - but aren't we supposed to be getting rid of water?

Remember - when you get a survey from a specialist timber and damp surveyor - the surveyor is a commission salesman. His sole purpose in life is to sell you a damp proof treatment, for which he'll get a hefty commission for a load of useless chemicals and re-plastering work.

Oh and don't forget the hundreds of holes they are going to drill into your wall, using a hammer drill which will smash the brickwork to pieces and weaken the base of the wall.

Note that they will never mention condensation, but often talk about tanking - why would they want to seal more water into the structure?

They are going to take a supposedly wet wall, inject a water based chemical, and its going to dry out as a result....really?

More and more people are starting to question this ridiculous practice and it is only a question of time before banks drop this expensive and unnecessary habit - but we all need to put pressure on them to stop it.

True rising damp rarely exists. Humidity is our greatest problem. We create it by living in a sealed insulated box, and we don't get rid of humid air nearly well enough. More on managing humidity in future articles.