The doors opened last week on a new £1 million boathouse which will be used by rowers from across Leeds.

The new facility includes a boat store for up to 50 boats, changing facilities, a meeting/training room and car parking. It will be used by Leeds University Boat Club and Leeds Rowing Club.

The building is situated next to Thwaite Mills in Stourton, with direct access to the canal for rowing.

Previously, the University's rowers had to travel to York to train, while the city club has a base at Waterloo Lake in Roundhay Park. It is the first time since the 1980s that rowing has taken place on the Aire and Calder Navigation, when a previous boathouse at Swillington closed its doors.

The boathouse has been built as the result of a partnership between the University of Leeds, Leeds Rowing Club, British Rowing and Leeds University Union. It has been funded by the University, British Rowing, Sport England and WREN, which awards grants for community projects. The land has been allocated to the project partners on a long-term lease by the Canal and River Trust (CART), which has supported the project from the outset. 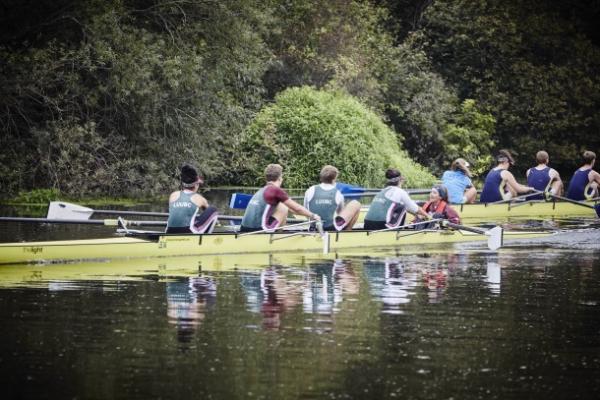 Rob Wadsworth, Head of Sport and Physical Activity at the University of Leeds, said:
"We hope that this outstanding new facility will be of benefit not just to the University, but also to rowers across the city.

"Our ambitious sports strategy sets out our vision to offer the best sports experience for our students and the new boathouse is a fantastic addition to the University's sporting facilities, significantly enhancing the experience of our student rowers. It is also a great example of local and national organisations coming together to see an important project realised."

David Cottrell, vice chair of Leeds Rowing Club and chair of Leeds Boathouse Ltd, the boathouse's parent company, said:
"This project has been planned over many years and we owe a huge debt of gratitude to the many club members, partners and supporters who have been involved in its development and delivery.

"In practical terms, the new boathouse will mean we are able to increase our membership threefold and bring the sport to many more people of all ages and abilities. It's fantastic to think that this facility could help produce the next generation of stars for Team GB, from the Yorkshire region, and help them realise their ambition."

Annamarie Phelps, Chairman of British Rowing, said:
"I am thrilled to see the completion of this fantastic facility, in one of the key strategic areas identified in our Whole Sport Plan. This development will enable many new people to access rowing: students, young people and the local community, from those who merely wish to enjoy access to the waterway, right through to those with aspirations to represent their country at the highest level. I am delighted we have been able to support this project."