Oliver’s Travels is offering some of its largest UK properties at a discounted rate in response to the government’s new rule of six, featuring savings of up to 50%.

From medieval castles to beautiful country manors, groups of six will not be short of room this autumn and winter! 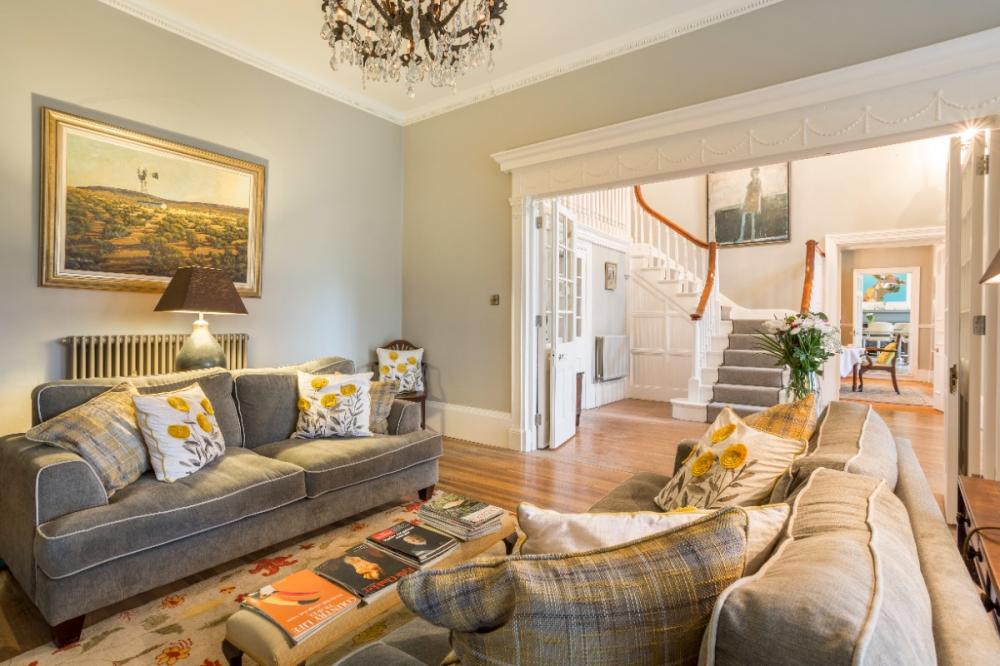 Located in the village of Rackenford between Exmoor and Dartmour, this Grade II listed country house boasts four grand reception rooms, all of which open onto the south-facing terraces. Nestled within thirty-eight acres of private woodland and parkland, guests can enjoy wonderful views of the surrounding rolling hills, long walks through the grounds and canoeing on the lake.

One of the bedrooms comes with a freestanding slipper bath complete with countryside views, perfect for a relaxing soak with a glass of champagne in hand. Ideal for families, the house features a children’s room with bunk beds, a games room with a pool table, and a selection of board games. Groups of six can also book the Colleton East Wing, a separate annexe with its own entrance and three bedrooms.

Colleton Hall is offering 20% off stays of three nights or more for groups of six on available dates throughout September, October, November and December (excluding the festive period). A three-night stay in October costs £2,322, saving £581 (was £2,903), based on 23rd – 26th October dates.

C17th Castle, Clevedon, North Somerset – Fit for RoyaltyFeaturing eight en suite bedrooms spread out across its main tower and eight individual turrets, guests will feel like royalty whilst staying in this impressive 17th Century Castle.Whoever wrangles the master bedroom will be in for a real treat with its private balcony boasting 360-degree views of the surrounding countryside.

Other highlights include an indoor pool, outdoor terrace and an entertainment room fitted with a pool table, darts and table football.

Newton Court, Herefordshire – Alfresco Living
Groups of six will have plenty of space to spread out at Newton Court, with its expansive dining areas and multiple reception rooms featuring rustic exposed beams.

The property features incredible alfresco living spaces for those looking to lengthen their time spent outdoors including a hot tub, fire pit, bell tent for camping out, children’s play area, outdoor seating and covered lounge area, against the backdrop of the picturesque Wye Valley.

Newton Court is offering 50% off stays of two nights or more for groups of six on weekend stays across available dates in September, October, November and December. A three-night stay in October costs £1,720, saving £1,720 (was £3,440), based on 16th – 19th October dates.