“If you hadn’t taken so long to wash your hair we wouldn’t be sitting in this traffic jam. I told you it always bottlenecks at York. ‘We need to be on our way by 9.30am’. If I said it once, I said it half a dozen times.”

“It’s alright for you, you’re bald and don’t have to contemplate things like shampoo and conditioner!”

We had been marginally late in setting off and the domestics had begun. John sat quietly in the front passenger seat as me and my wife contemplated missing the 11.30am vintage steam train from Pickering to Levisham.

Nerves were a little frayed, however, it was Yorkshire Day and there was more to celebrate than black pudding, whippets and mushy peas: the North Yorkshire Moors Railway line was back in business thanks to a successful £350,000 fund raising campaign, and we were about to enjoy the inaugural season run out providing, of course, we could get there on time.

As the cars thinned John urged me to step on the gas, advising that he knew where all the speed cameras were, and 30 minutes later, clad in face masks and sporting ‘just in case’ waterproofs, we stepped on to the platform and headed for our six-seater carriage. 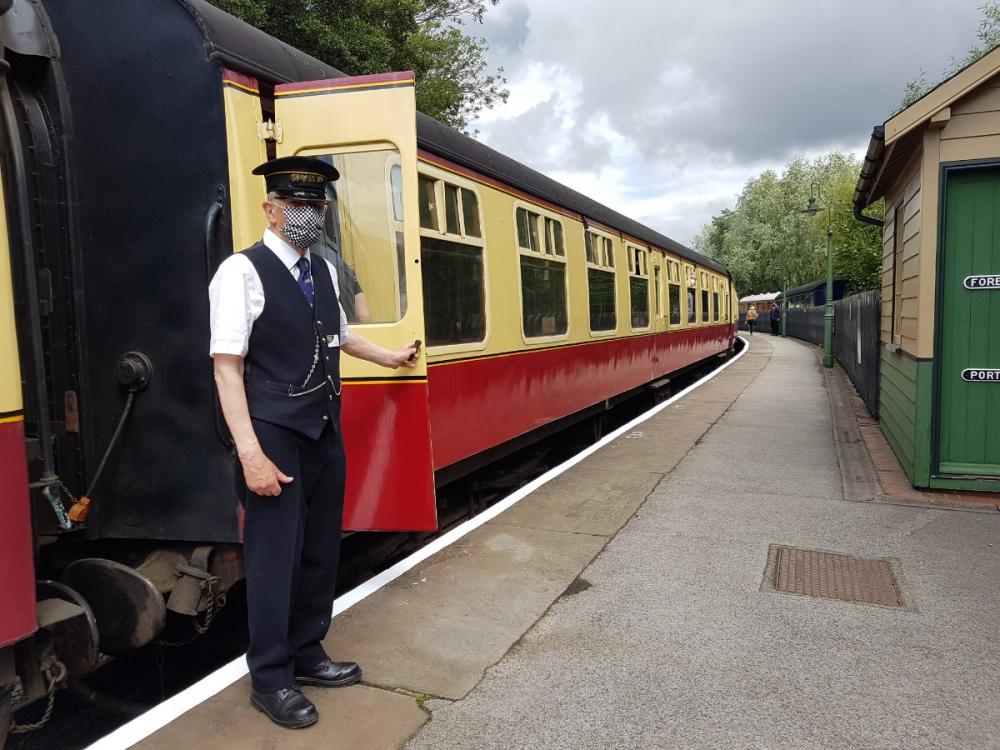 “Just in time,” said our friendly volunteer escort, “you’re the last people to board.” I had no wish to explain about the joys of Silvikrin, Timotei or any of the other hair potions used by my wife, so I merely thanked him and smiled. “Bad traffic,” I commented.

Within minutes all was well, for this is a joyous journey which, under normal circumstances would run between Pickering and all the way to Whitby via ‘Heartbeat’ country at Goathland and other ‘chocolate box’ stations including Levisham, Newton Dale Halt and Grosmont.

However, with the need for rapid ‘train cleaning’ in between each journey, 60-minute return outings are currently being limited to Pickering to Levisham, or Grosmont to Goathland until such time as Covid concerns lessen or some scientific genius has a Eureka! moment and heralds a cure! 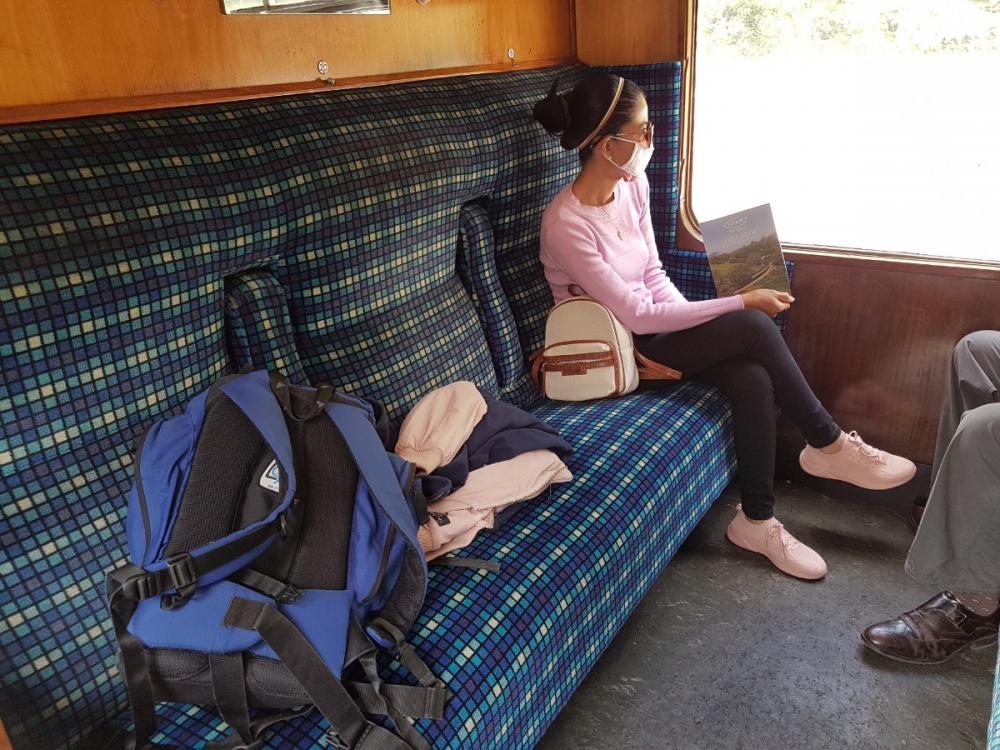 But you will have a great time passing through some wonderful countryside – wherever your journey starts and finishes - enjoying for a moment, a ‘steam’ era long since gone. 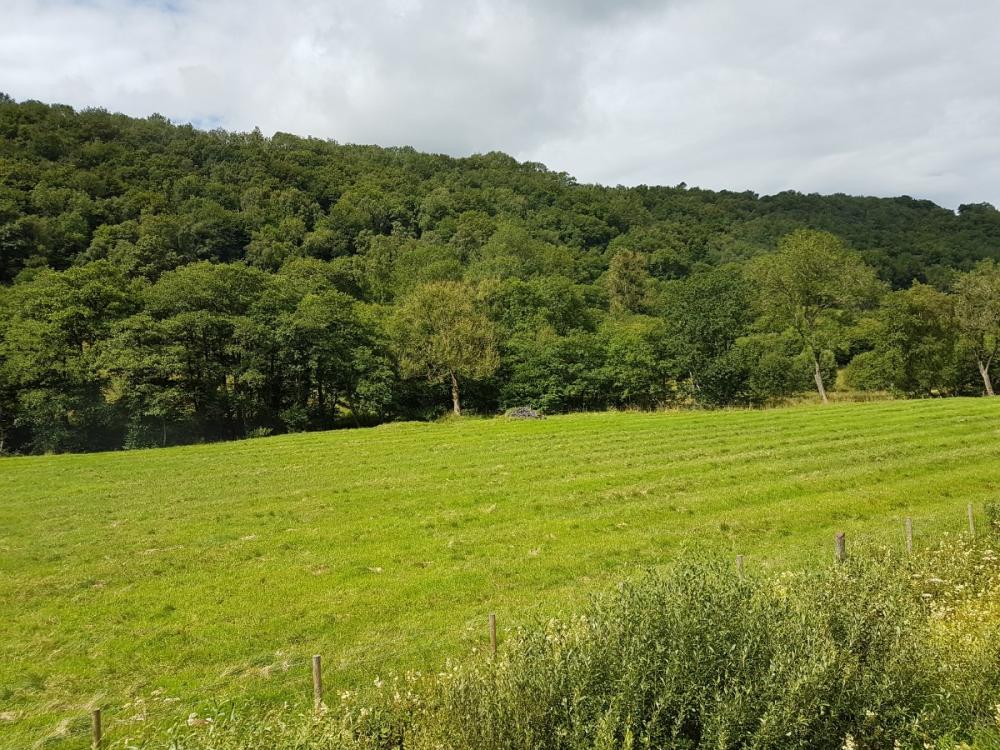 At times it felt as if Jenny Agutter from that eternal Christmas favourite, The Railway Children, was about to join us, or Bernard Cribbins’ station master character, Albert Perks, might blow his whistle to sound the off.

Like the Worth Valley Railway at Haworth, the North Yorkshire Steam Railway represents pure nostalgia and, thankfully, rail enthusiasts across the country recently dug deep to raise the £350,000 required to keep it on the rails despite the vagaries of Coronavirus.

Now, as part of a phased reopening, the railway is offering pre-booked, non-stop steam-hauled, services with limited capacity. Return services currently operate between Pickering and Levisham or Grosmont and Goathland 7 days per week and advance tickets are available to purchase online with tickets currently being released in two-week blocks.

Passengers can book either a private compartment (max 6) or travel in a standard TSO Carriage (min 2/max 4) with social distancing measures in place. Children as young as 1-year old are allowed to travel.

The weather held across the first half of the day and by 1.30am, following sandwiches in the station parking area, we were on our way to Whitby, determined to see if Dracula was at home. He wasn’t but there was no shortage of spectators had he turned up!

The place was heaving and, surprisingly, everyone appeared in good health, trogging up and down the Abbey steps 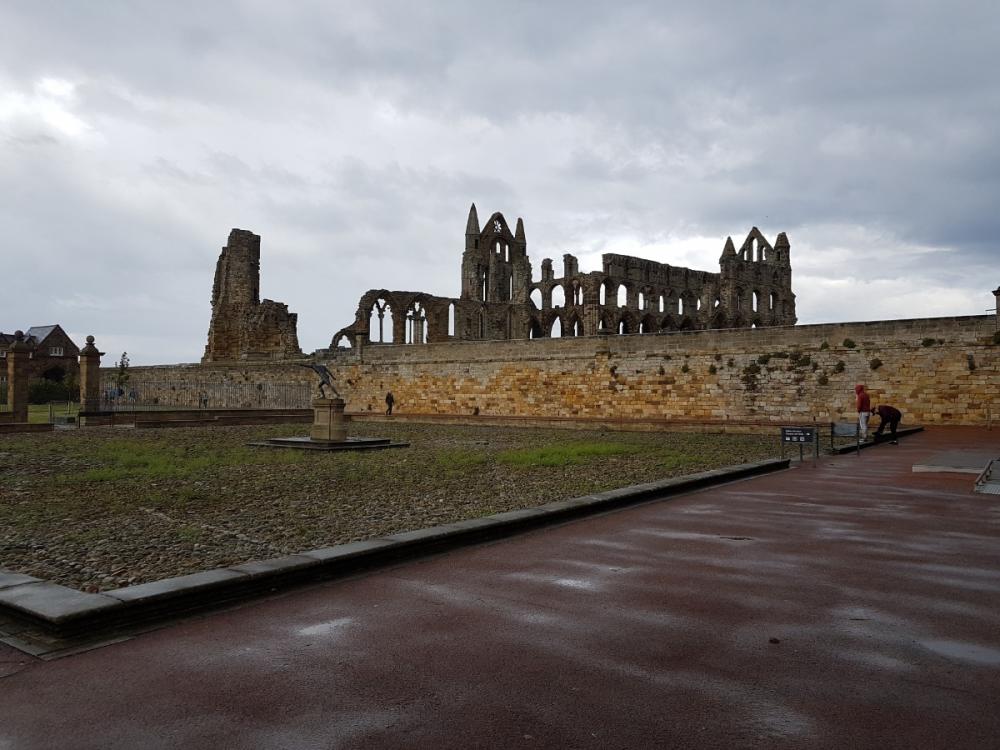 to catch a glance of St Mary’s Church and one of English Heritage’s most visited ruins, as though Covid were already a distant memory! 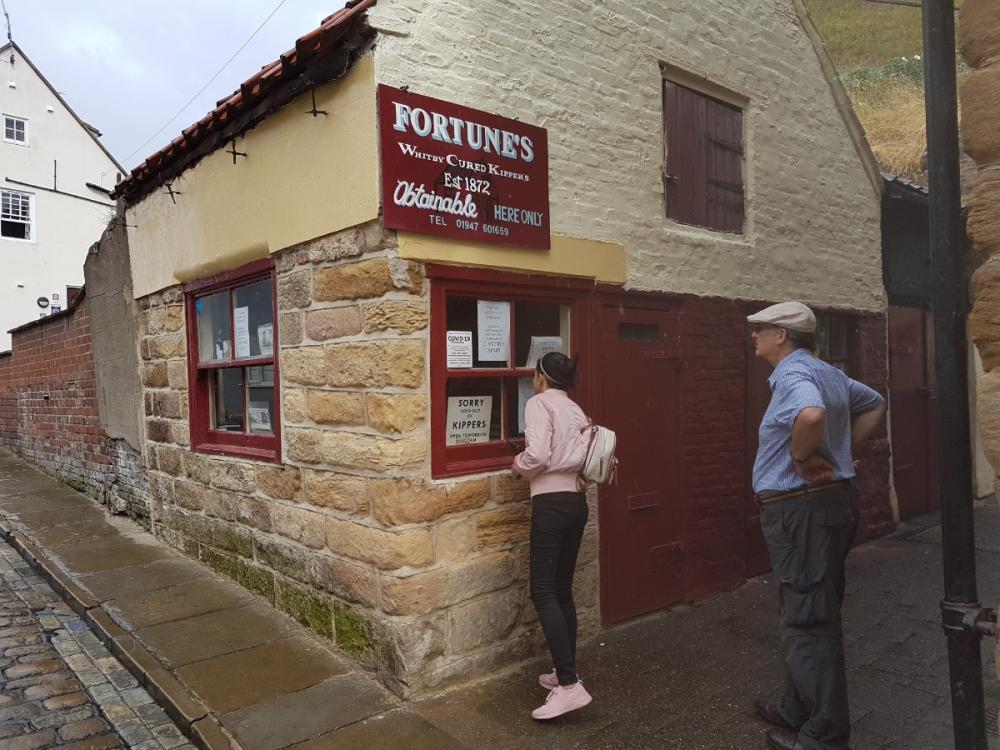 , but a small sign heralded its reopening at 10am the following morning, and an army of ice cream vans interspersed themselves across the town as though they’d had advance warning of the short-lived heatwave.

Whitby is a timeless place somehow preserved in aspic like a gelatine salad, but it is also a place you never tire of…..the swing bridge across the River Esk, past the former Whitby Gazette Building for the walk up to W. Hamond’s Victorian Jet shop 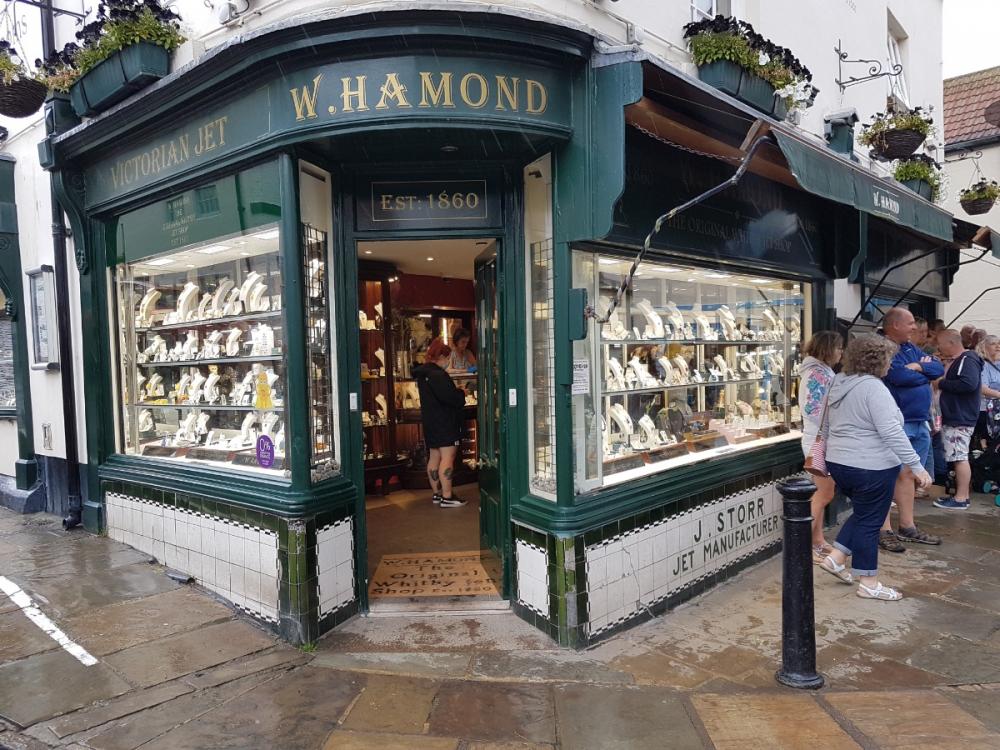 at 112 Church Street, established in 1860 but still pulling them in more effectively than the Wall of Death at a travelling sideshow.

“Magpie!” uttered my friend John in his white cap as though he had just stepped off the crown green bowling green (I preferred the bandana look with dark glasses myself).

“Looks more like a seagull to me!” I said, straining to see through my dark shades with all the cool of a deckchair attendant. 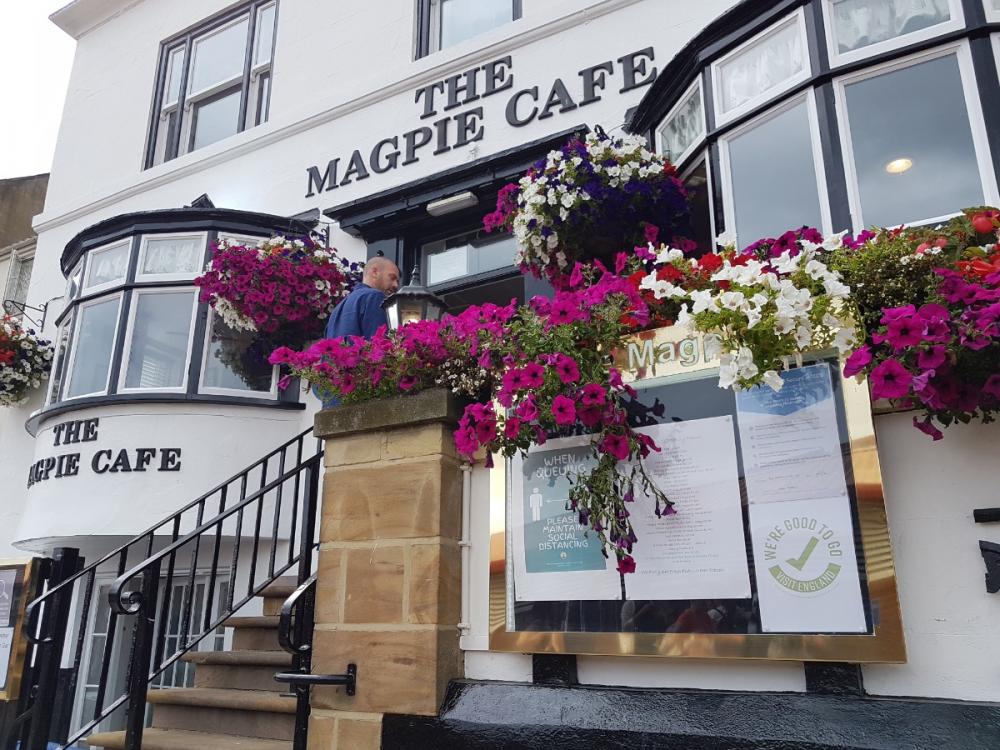 “No, you silly Devil it’s time we headed to the Magpie fish and chip restaurant, it’s nearly six o clock.” The prompt was just what we needed, for no respectable trip to Whitby could fail to include the town’s most famous fish and chip emporium.

Like so many eateries the Magpie has geared up to Covid and the ‘new normal’ by introducing clear, Perspex pop banners into the restaurant, cleverly using them as table dividers.

By keeping them see through, they have provided screening whilst avoiding the need for permanent, plastic fixtures. That has enabled what is already a small, narrow restaurant to remain airy and pleasant. 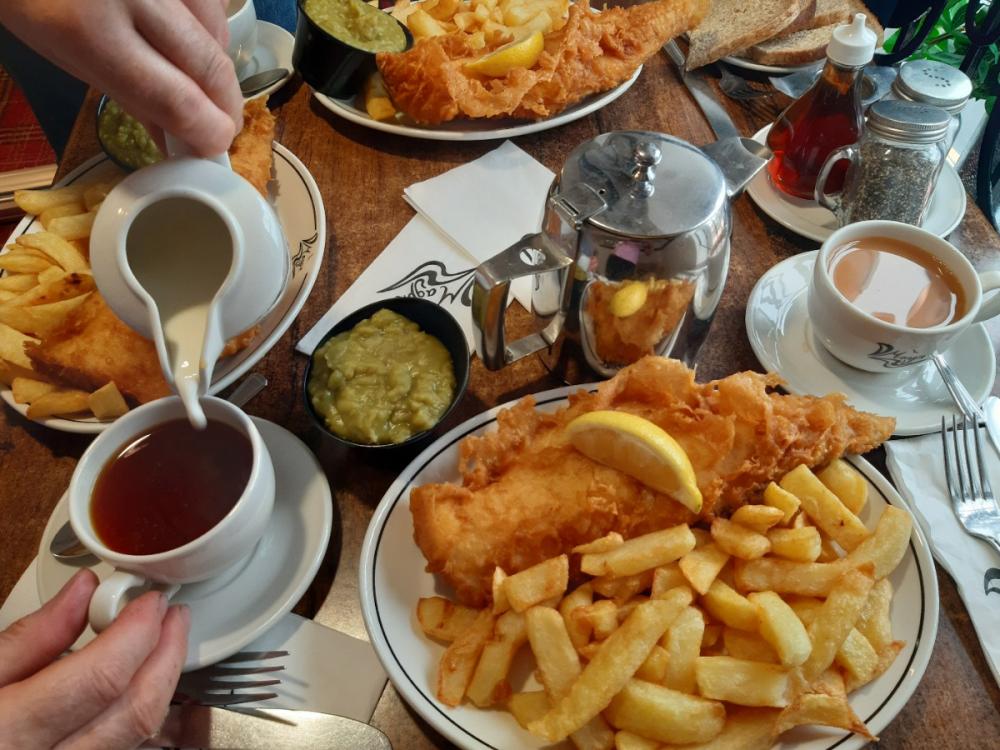 “They leave the skin on the fish here,” said John.

“Do they?” I said, woofing the lot as though I hadn’t been fed for a week. The Magpie may have been round for a while, but it still keeps its standards and there’s little surprise that it remains one of Whitby’s firm favourites.

Minutes later we had stepped outside and begun the walk back to our car at the West Cliff car park. We just had time for a Trillo’s ice-cream before the Heaven’s opened. Only then did we realise that our ‘just in case’ waterproofs were in the boot of the car.

The weather had been so beautiful three hours earlier that it seemed pointless to ‘carry them around all afternoon’. We should have known better. After all, we were in Britain.

Nevertheless, we found a nice Victorian shelter under which to take cover, just up from the Whalebone Arch 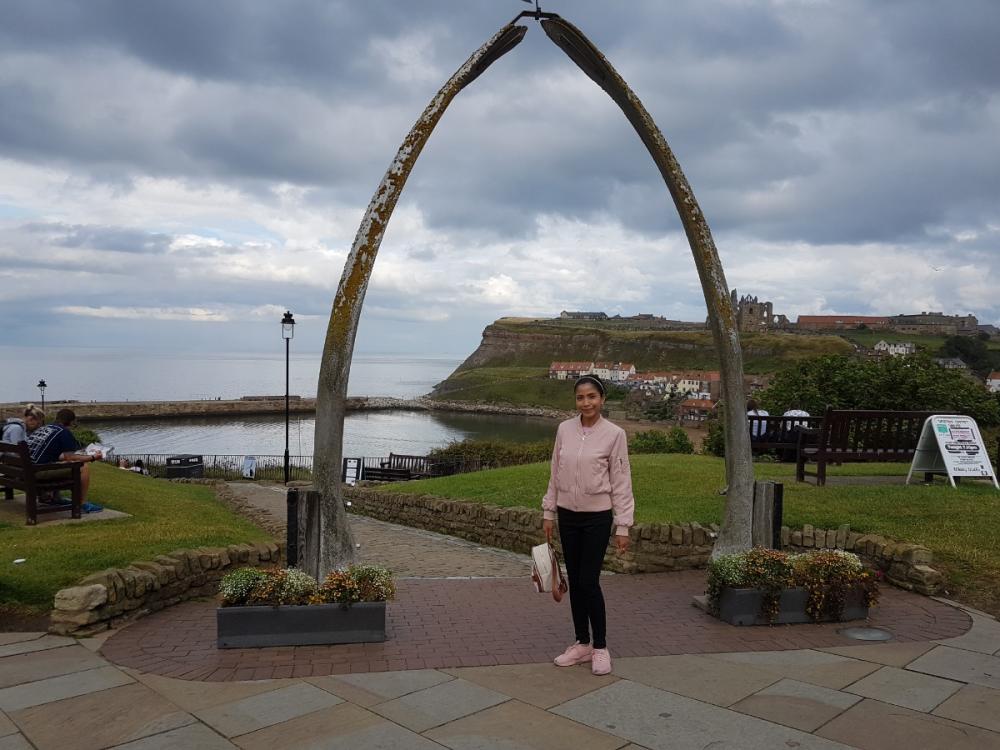 and Captain Cook’s famous statue. Next to us a small, short-faced dog was also taking cover, waiting for the rain to pass.

“A pug?” I enquired of the canine’s owner. “French bulldog,” came the reply, “she’s called Molly”. I petted her damp fur and rapidly took on the smell of a seasoned kennel maid!

Minutes later – with the rain downpour reduced to a slow ‘spit’ - we were back in the car and ready for the journey home.

“Anyone for hand sanitiser before we set off?” enquired my wife. I eagerly took advantage of her offer. “Can’t be too careful,” she added. Personally, I was less concerned about Covid-19 and more about bringing the smell of Molly the French Bulldog into my new Volvo!

It may have been raining but Whitby had, once again, extended a warm welcome to three travellers. We were full of ice-cream, Magpie fish and chips and would soon be ready for bed.

The search for Dracula would have to continue another day when we had more energy!