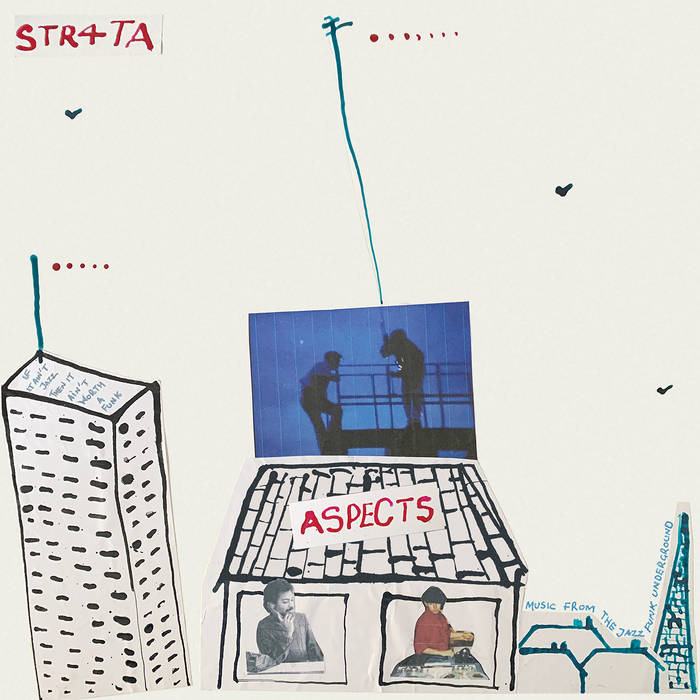 Gilles Peterson and Jean-Paul “Bluey” Maunick (better known as the main man in Incognito) have created new musical possibilities inspired by the early-80s Brit-funk scene with their new project, STR4TA.

Bringing a new sound first developed by groups like Atmosfear, Hi-Tension, Light of the World and Freeez. The latter two bands include Jean-Paul 'Bluey' Maunick, the British guitarist, bandleader, composer and record producer, and this is the first material that Maunick and Peterson have released together in over a decade.

An array of musical references have fed into the album’s direct, no-frills entries: each track’s parts are cut back to the bare bone.

In writing and recording the album, Maunick and Peterson would work together to find an idea. Peterson would dig out records that showed particular flashes or moods as jumping off points and Maunick would then work with collaborators to build new directions based on the initial ideas.

The result is an album that could have been released in the early 1980s. The title track is a good example - a jazz funk instrumental that recalls all the early British jazz funk outfits mentioned previously.


Also by Graham Clark...
Paco Versailles - DancemencoA Taste Of Italy ....In CollinghamYorkshire Gets To Share The Stage At The Brit Awards Ahead Of NHS Charity Single ReleaseJack Savoretti. No Longer Singing To StrangersRag ‘N’ Bone Man - Life By Misadventure
Rhythm In Your Mind is the first vocal track on the album, forget the British jazz funk pioneers of London and travel up to Liverpool in the spring of 1979 when The Real Thing were having a hit with Can You Feel The Force. The track could have come out of the same recording session.

We Like It is the type of track Jamiroquai was writing around the time of Space Cowboy, whilst After The Rain goes back to Freez around their Southern Freeze period, as does Give In To What Is Real complete with horns and a funky guitar riff.

Vision 9 concludes the album out one of the jazziest tracks on the album. You could imagine hearing the track being played live on a summer’s night at one of Southern Europe’s Jazz Festival as the Mediterranean sun slowly sets against a red sky.

If you are a fan of Freeez, early Jamiroquai and Hi-Tension you will not be disappointed with what you hear on this consummate album.