The sign Brits struggle to recognise the most is the Aluminium symbol with 88% of respondents not knowing what it stands for
The recycling symbol Brits are most familiar with is the Mobius Loop, with only 22% not recognising
On average, if Brits were to look up recycling symbols and their correct meaning and instruction every time they needed to, they would spend 54.4 hours a year doing so 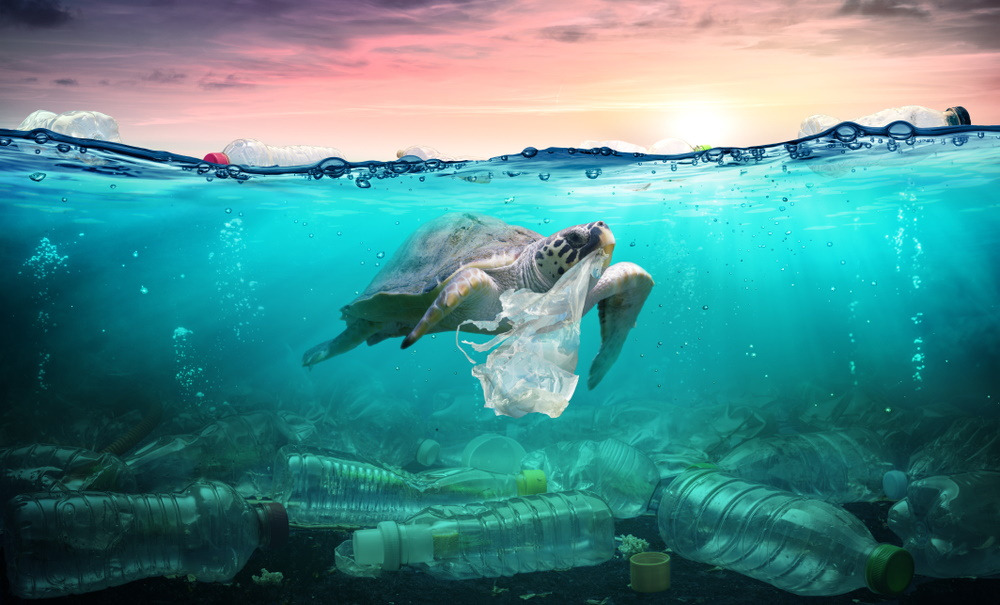 photo credit Romolo-Tavani
Following Sir David Attenborough’s newest Netflix instalment, A Life On Our Planet, there have been a number of hard-hitting documentaries calling for us to take more responsibility for our planet and environment.

Although plastic pollution across the world has since plummeted, there is no denying the guidance surrounding what can be recycled and what can’t is somewhat confusing, especially as there are several recycling symbols to understand.

This inspired the energy experts at SaveOnEnergy.com/uk/ to test how many Brits know from first glance what each recycling symbol means after working out that Brits can spend up to 14.2 hours a year searching for a recycling symbol and its meaning, before deciding to give up.

To do this, SaveOnEnergy surveyed 2,300 people up and down the country - to elevate the results, SaveOnEnergy decided to investigate just how long we spend finding out what each symbol means. * 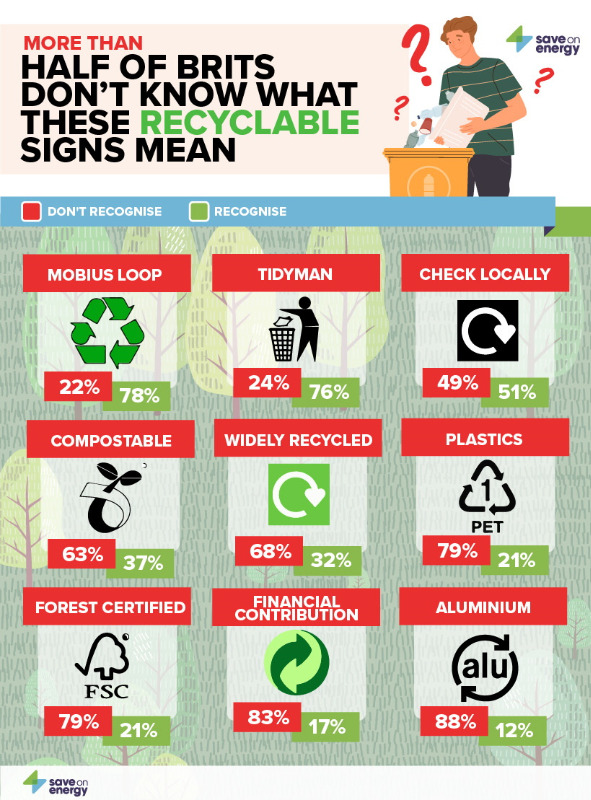 Recycling Symbol Understanding
The symbols Brits struggle to identify the most and do not have a strong understanding of include the Aluminium symbol with 88% not recognising, followed by the Financial Contribution symbol at 83% and the Plastics and Forest Certified symbols, both at 79%.

Other signs that Brits aren’t as familiar with include the Widely Recycled symbol with 68% not recognising, the Compostable symbol (63%), and the Check Locally symbol, with 49%.

The recycling symbols that Brits are most familiar with include the Tidyman symbol, with only 24% of respondents not knowing what it means and the Mobius Loop, with 22% also incorrectly identifying.

Time Wasted Statistics
SaveOnEnergy found from the study if Brits were to look up recycling symbols and understand their correct meaning every time, they would spend on average 54.4 hours a year doing so.

78% of the 2,300 participants collectively agreed that recycling symbols should be simplified and believe that would encourage more people to recycle.

42% of those who participated said they thought the current recycling symbols are the cause of Brits not recycling because it's too complicated.

SaveOnEnergy’s eco-friendly expert, Linda Dodge, adds:
“It’s really fantastic how far we have come to help save the animals and our environment by minimalising the amount of plastic we use and waste. Although there is still a long way to go, symbols are put on items, so consumers know what to do with them.

However, it seems they may be adding to the confusion - with this study showing more than half of Brits don’t know what most of the signs stand for. It would suggest we need to teach these symbols more widely in schools and workplaces for us all to live in a better and sustainable planet.”


Methodology
SaveOnEnergy averaged a ‘big shop’ every 2.5 weeks, with 60 items brought per shop, which worked out at 20.8 ‘big shops’ a year.
SaveOnEnergy then timed a number of participants to find out how long it would take them to: look for the symbol and Google what the symbol meant, before giving up (average of 41 seconds) and looking for the symbol, Google what it means and keep searching until they found the correct method of recycling (average of 2 minutes, 37 seconds).
SaveOnEnergy then used this to work out how much time was spent looking per item, per ‘big shop’.