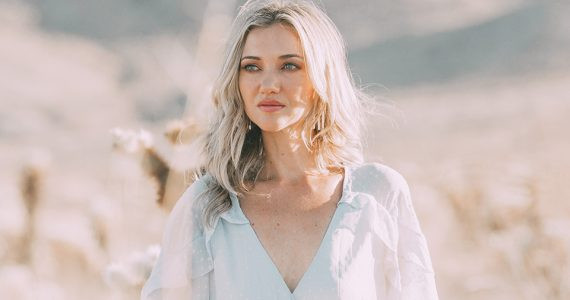 Sarah Darling
A decade has passed since Iowan Country starlet Sarah Darling took the baby steps to success with the the release of her studio album Every Monday Morning. Five years later she turned to the television talent show Rising Star to take her sound into the mainstream, but she missed out on the title to rocker Jesse Kinch. However, Brad Paisley had seen her potential and took her to Nashville to ensure she reached her end goal.

Two years have now passed since the release of Dream Country, the independently released studio album that finally saw Darling establish herself on the international stage. The beautifully written, ethereally performed collection showcased her pure vocal's magical powers to their fullest. Now two years (and a Christmas record) later, she has to raise the bar even higher with her fifth studio album, Wonderland.


Also by Jeremy Williams-Chalmers...
Katherine Jenkins - Cinema ParadisoInterview With JeyBInterview With Ruby TurnerInterview With Danielle BradberyBenjamin Biolay - Grand Prix
While Dream Country kept the balance on the country storytelling side of country pop, Wonderland plays more for the mainstream crossover. This a pop album with country frills. This isn't necessarily a bad thing, but it does perhaps marry itself too closely with the releases of The Shires to really makes it mark.

Sarah Darling is an artist who boasts the vocal and the songwriting abilities, but in losing the distinctive sense of self that had set Dream Country apart from her earlier releases, she returns to the initial ballpark she had been playing in.

Although Blue Sky and Timelapse provide monumental moments, Wonderland is a pretty listen but one that isn't quite memorable enough.