Chris Wright
There is an economic thread running through the news currently, so, I caught up with Chris Wright, Partner and Head of Inflexion’s Manchester Office, to get his take on the PE world.

Inflexion was founded over 20 years ago by John Hartz and Simon Turner, who still lead the private equity firm today. The founders describe themselves as setting up Inflexion with a “spirit of restless ambition, which endures today.”

According to Chris, Inflexion is provides capital from £10m–£300m in high growth businesses, taking minority or majority stakes.

“We are looking for high quality management teams, high quality businesses that we can support in their future growth. We approach investments by looking for ways we can collaborate with the teams.”

We are lucky operating in the north as there are loads of good businesses, an established and sophisticated advisory community which has operated for a long period of time.
The North is Inflexion’s biggest hub outside London, probably because as I often hear ‘it is a sweet spot for private equity’

“I read your recent article, Andrew, EY’s North Dealmakers Soar, Advising On A Further £5.4bn Deals Since Q1 about EY’s activity in the first half of the year and we are in complete agreement in terms of the PE activity across the north,” Chris said.

What then, is driving PE activity up here, I ask.

“There is a significant pool of raised capital that is ready to be invested across both equity and credit funds. Combine that with a relatively stable political and economic environment, and the favourable tax regime for individuals to realise capital gains, these are all supportive to investment”.

“Investors need forecasts in business plans to be able to properly assess and value new investment opportunities, which are difficult for management teams to prepare in periods of uncertainty”.

“If you look at where the equity markets have recently been trading at and the series of IPOs, plus the multiples that we're seeing paid by both private equity investors and trade buyers, I would say it’s a very, very competitive market and arguably, a very good time to sell given all of those sorts of dynamics.”

I’m keen to drill down to what sectors are doing well at the moment and according to Chris, investors and advisers are more sector aligned with the key sectors now: business services, Tech and TMT (Technology, Media Telecom), healthcare and industrials and Consumer, the five main ones Inflexion is interested in.

“But within each of those core sectors,” Chris explains, “there are certain segments that are particularly attractive now.”

The EY article I referred to mentioned CMSPI, a tech enabled payments consultancy business based in Manchester. EY’s Mark Clephan sold it. “We made a minority investment in March. The appetite and competition for that was strong across a broad range of financial investors.

"And why? Because the payments market is just exploding, there’s a proliferation of new models coming into the market causing so much disruption and therefore so much opportunity. It’s a fabulous and interesting area to be working in at the moment. So, within all of those sort of core sectors you then have the subsectors that are driving significant value and it’s the best businesses within those strong sub sectors that are really attracting the highest prices.” 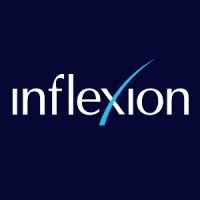 Chris and I are chatting on the day that Sir Kier Starmer is making his first speech as leader, at the Labour Party Conference and although both of us have not had time to digest it we talk about political influences.

“There is always a debate about the tax environment and the need for taxation given where the economy is. However, from an investor perspective, an over burdensome tax regime would not be good for growth. But we do recognise that the Government has to balance a number of number of features, which can be a tricky one. Any policy that supports regional investment across the north is clearly something that what we would like to see from a northern team perspective.

“We are lucky operating in the north as there are loads of good businesses, an established and sophisticated advisory community which has operated for a long period of time. We have good international transport links, clearly there is the ongoing debate about east west rail, but fundamentally the north is a really important market for PE in the UK. In terms of regional differences there are good businesses everywhere and we see good business in Newcastle, Leeds, in Liverpool, Manchester and Sheffield. It is really promising.”

In terms of the North, we’re a team of six in Manchester covering the whole of the North and we invest through three different funds which provide a range from £10m of equity though to £300m of equity. 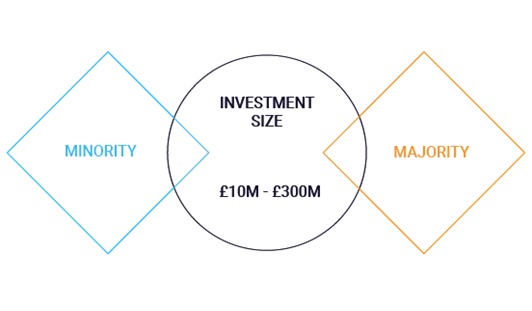 And we are equally comfortable in majority positions as we are in minority positions. We have a dedicated fund for minority investments - those situations where a privately owned business is looking to release a little bit of equity to de-risk now but to get all the benefits of a professional investor involved in their business, is an attractive option in the right circumstance.

To close I ask Chris about Inflexion’s international offices.

“We have international offices to support our portfolio in China, India, Latin America and the US. And so, if we can find a business or a management team that wants to expand internationally, we help them by having people on the ground in all of those markets working with our management teams. We have commercial, digital and people specialists who can all support management teams grow their businesses.

“We like the buy and build story and if that is international, then it can be really interesting for us.”
To conclude Chris says the Inflexion team are busy here in the north supporting existing investments grow both organically and with Inflexion’s support, through M&A, in addition to a number of interesting new investment opportunities.

He is optimistic and says: “There’s a lot of positive things going on at the moment and it is great to be the chosen investment partner for some businesses across the north.”
Also by Andrew Palmer...
The Weekender: Lovingly Artisan The Secret Behind SourdoughBusiness Weekender: Stump Cross Caverns Perfect For Everything, Including Business MeetingsClassical Music Album: John Ireland Orchestral Works - Sinfonia Of LondonWeekend Dining: The Crown Inn At Roecliffe, BoroughbridgeThe Business Interview: Dr Casey Woodward
More in this series...
The Business Weekender: 5 Ways Your Company Is Forbidden From Celebrating The Platinum JubileeWeekend Feature: Should Employers Treat Long COVID As A Disability?Weekend Feature: Maintaining Momentum with Digital Transformation in the NHSWeekend Feature: The Return of UK Music Festivals: The Positive Economic Impact on Local EconomiesSaturday Essay: The Key To Unlocking Productivity Success Starts With Employee WellbeingSaturday Essay: Keywords For Communication Strategy During Invasion Of Ukraine: Accuracy And EmpathySaturday Essay: How To Create A Positive Company Culture For A Happier WorkforceSaturday Essay: How Can Happy Employees Make For More Productive WorkersHow Mediation Could Help Your Business Avoid LitigationSaturday Essay: 3 Ways Employees Can Embrace A Greener, Happier Professional LifeSaturday Essay: Is 2022 The Year Of The Podcast?Saturday Essay: Four Signs Your Customers Are Not Going To Pay You On TimeSaturday Essay: Hybrid Selling - How To Provide A Blended Retail Experience For Your CustomersSaturday Essay: Investing In Workforce Intelligence Now, Leads To An Optimised TomorrowSaturday Essay: Expert Tips On Looking After The Mental Health Of Your Contact Centre EmployeesSaturday Essay: Harness The Workplace Revolution With Hybrid WorkingSaturday Essay: New Year’s Work Resolutions To Enhance Your Professional DevelopmentSaturday Essay: Setting A Balance Goal - How To Manage Your Work Life Balance Without It Impacting Your CareerSaturday Essay: Business Productivity: 3 Digital Tools to Boost Your Employees’ Efficiency & MoraleSaturday Essay: Leading The Way: Utilising Your Personal Development To Empower Your Staff