Saturday Essay: Could The UK Alone Plant Enough Trees To Save The Amazon?

According to world tracker The World Counts, we have 79 years until the rainforests end, assuming current trends continue. Indeed, the Amazon rainforest in particular has had more than its fair share of crises in the last decade, and you may be surprised to hear that the current Covid-19 outbreak has even wrought havoc on the planet’s lungs.

In the first four months of 2020, deforestation increased in the Amazon by 55 per cent. This increase has been attributed to illegal clearance operations taking advantage of the unique circumstances whereby the world is distracted by a present viral threat.


In the first four months of 2020, deforestation increased in the Amazon by 55 per cent.

But of course, if the Amazon is pushed past the point of no return, we won’t be able to create a vaccine to immunise ourselves from crippled air quality and sky-rocketing carbon levels. With this frightening prospect in mind, we asked ourselves what we can do to help save the Amazon. What could we all do? In fact, with us all banding together in the face of a crisis, could the UK alone plant enough trees to conquer the crisis of the
Amazon’s deforestation?

A tree for a tree

Theoretically, would the UK be up to the challenge?
Well, assuming we could get all 66,650,000 of us on board with the idea, we would all have to commit to planting seven trees each. Doesn’t sound like a lot, right?

Assuming you’re optimistic about rallying everyone in the country, that doesn’t seem like an outrageous amount of shrubbery to be putting down in the garden. Even if we only got half of us on board, 14 trees is manageable, so long as we have the space.

So, do we have the space?

Technically speaking, yes we do. The UK covers 242,495km2, which is more than enough to house 2,400,000 acres of additional trees (which would cover 9,712km2, or 4 per cent of the UK). With less than 10 per cent of England, Northern Ireland, Scotland, and Wales being covered by “built-up” areas, we’d not have to knock down our homes to fit in more trees either. But we might find it a bit of a squeeze to fit in the 72 per cent of England that is covered by farmland, especially when the next year rolls around and we have to plant another 480,000,000 trees…

That leads us to the realistic problems:

That last one might surprise you. Why wouldn’t planting a tree make up for cutting or burning one down?

Trees are a wonderful example of age bringing experience at one’s job. Speaking with the BBC, Dr Erika Berenguer of Oxford University explains the problem in frank terms: “The older and larger the tree, the more carbon it stores.”. The doctor went on to explain that a tree with a three metre circumference could hold around three or four tonnes of carbon — around the same amount of CO2 as a family car would emit over the course of four years. 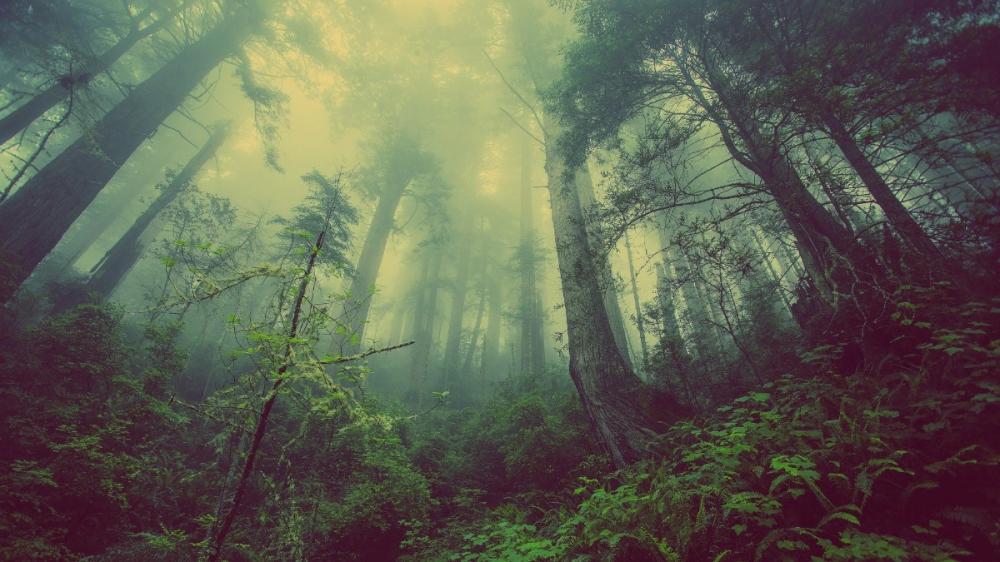 So, the problem isn’t just losing one tree and replacing it with one tree. The problem is that a newly-planted tree cannot store as much carbon as the large, ancient tree it is replacing.

“Many people believe that to make up for what we've lost in the Amazon, we just need to plant trees elsewhere. But that is not the case,” Dr Berenguer explains. 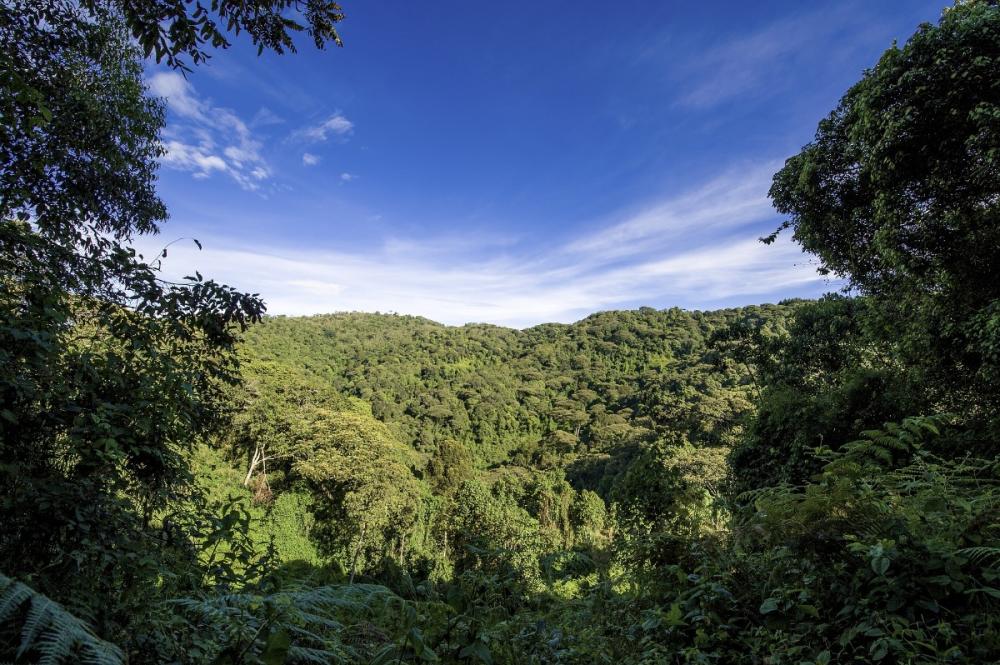 As with all things in life, prevention is better than cure. It would take years to grow trees large enough to equal those lose to deforestation in the Amazon. Though planting new trees is always a positive effort, in terms of saving the rainforests, the best thing we can do is work to stop any more of the rainforests being destroyed. 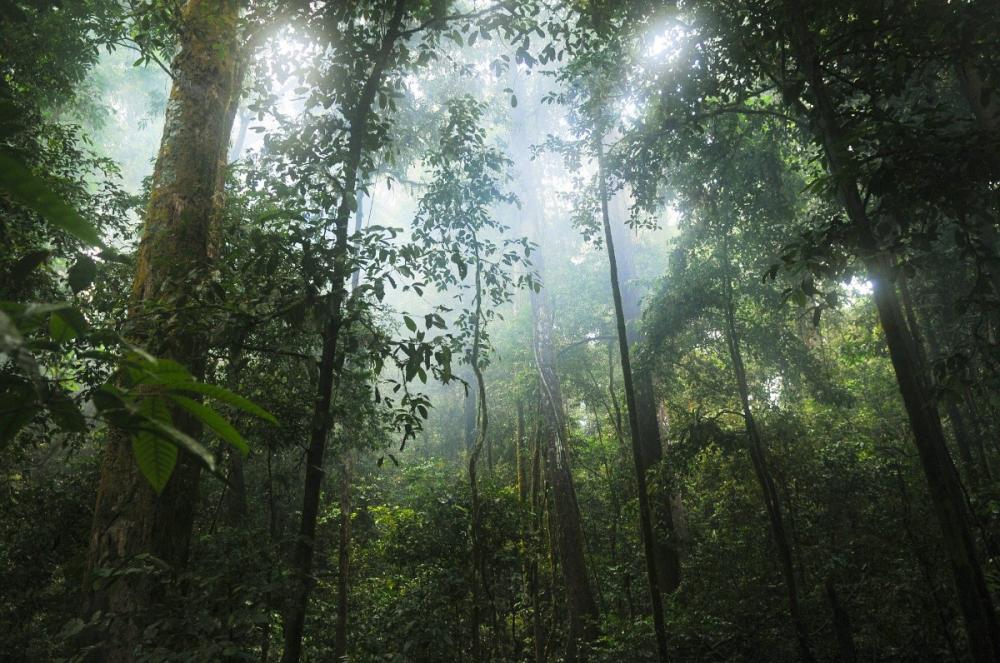 With these seven key actions we can all help prevent the destruction of the world’s rainforests:

1.Get educated about rainforests — there are so many resources online to get clued up about the beautiful biodiversity of the planet, and the rainforests are no exception. The rainforests contribute so much more than just the air we breathe (though that really ought to be motivation enough!).

3. Eat less meat and more plants — the sad fact is, beef production is the largest cause of tropical deforestation in the Amazon, with around 2.71 million hectares being removed every year across all of Latin America to create more ranch land.

4.Make sure your products are rainforest-friendly — dodge unsustainable sources of palm oil in the product you buy, such as cosmetics and cleaning products, as palm oil production is the bane of Southeast Asian rainforests! Look out for the Rainforest Alliance Certified sticker — you can’t miss the little green frog. Other alliance logos can let you know if the palm oil in a product is from a sustainable source, or if it is palm-oil free.

5.Commit to sustainable travel — from electric cars to purchasing carbon offsets before flying, there are so many ways to reduce your travel carbon footprint in 2020.

6.Hold leaders and corporations accountable — you have the chance to vote for leaders who highlight global issues such as deforestation and climate change. Plus, with a digital platform at most of our feet, call out companies who aren’t doing their bit!

7.Spread the word — hashtag this, hashtag that. Love them or hate them, hashtags are a great way to spread a message. Hop on social media and start following rainforest protection accounts.

If you’ve spent your lockdown time doing up the garden, planting a tree and giving it plenty of sunshine and nutritional compost is always a great thing to do. But while you’re tending to your new addition to the garden, remember just how many are being cut down across the globe, and do your bit throughout the rest of 2020 to take a stand!