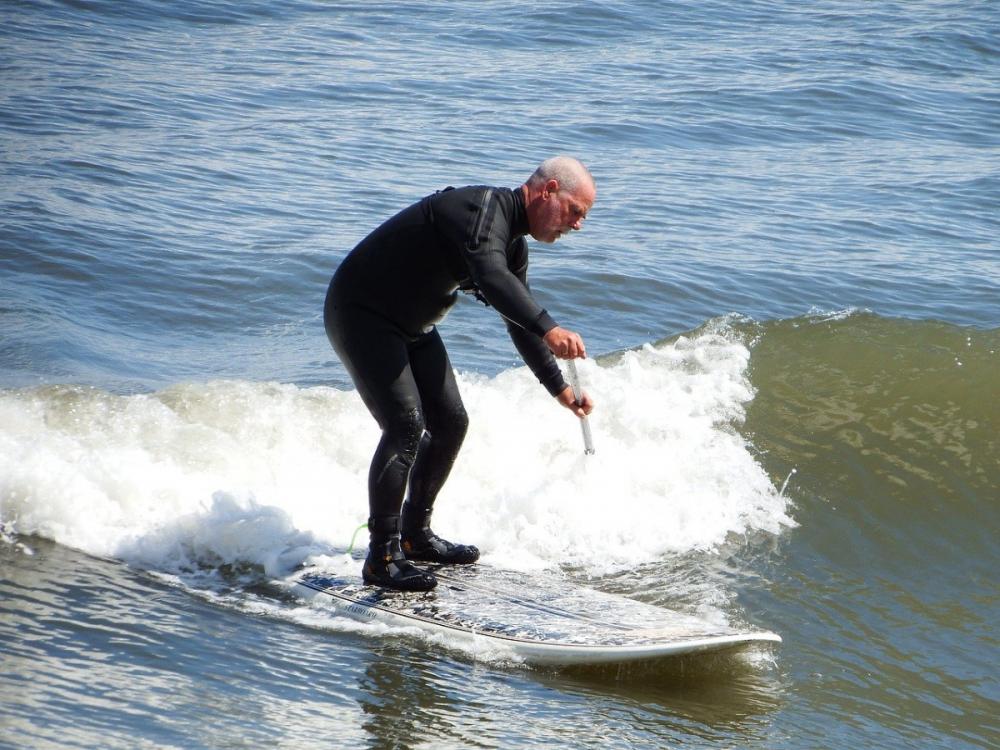 The data used to inform the report showed that, in Scarborough alone, there were 96 reported incidents of untreated sewage being spilt into both North and South Bay in the last year.

Across England and Wales, the report reveals that water companies were responsible for almost 3,000 raw sewage pollution incidents from licensed Combined Sewer Overflows from 1st October 2019 to 30th September 2020, impacting some of the most popular bathing waters and beaches.

Surfers Against Sewage tracks these discharges with real-time data obtained from water companies and provides pollution alerts for 370 beaches through the Safer Seas Service app.

“I've surfed in sewage and industrial waste for 42 years, including surfing in Yorkshire with raw sewage and sanitary pads floating past. I’ve surfed south of Scarborough with chip dye giving me fake tan and gobs of grease smearing my board. It's the 21st century; we’ve fought for over 30 years, and we’ll keep fighting until industry and government realise that the sea is not a dump and we should not be their dustmen or their conscience. They should act with respect for the oceans and the watermen and women who live it and love it - not out of obligation, but out of right. The companies abusing the right need to be held to account.”

“Water companies consistently put profit before fully protecting the environment. This report demonstrates that rivers and oceans are being treated like open sewers. With nearly 100 untreated sewage spills in a year, it feels as though Scarborough’s coastal waters are being routinely used as a method for disposing of sewage, instead of in the exceptional circumstances under which it is permitted. This feels particularly horrifying in a year where we are all battling the COVID19 pandemic, a virus that is being tracked through sewage works.”


Scarborough SAS 2020 Campaigners are calling for:

An enhanced water-quality testing regime, providing a true picture of the UK’s water quality; testing for emerging viruses and antimicrobial-resistant bacteria, as well as accurate real-time water quality information available all-year-round for all UK inland and coastal Bathing Waters
World-leading water quality legislation with an Environment Bill that exceeds EU water quality standards, as well as sewage legislation setting ambitious and legally binding targets to end untreated sewage discharge in all Bathing Waters by 2030. Also, legislation that holds the same standards for both inland and coastal waters
Nature-based solutions to sewage pollution with increased investment and associated targets for the restoration of natural habitats to reduce pressure on the water systems and help prevent sewer overflows, whilst increasing biodiversity and tackling climate change
Investment from water companies in sewerage infrastructure to eventually end the use of emergency sewage overflows

Campaigners will hand in the #EndSewagePollution petition to Secretary of State for the Environment, George Eustice MP, digitally on Tuesday 10th November. The petition represents tens of thousands of voices and cross-sector organisations backed by millions including the Rivers Trust, Outdoor Swimming Society, British Canoeing and the Wildlife & Countryside Link.

The Sewage (Inland Waters) Bill, which was set for its 2nd reading in the House of Commons on 13th November, has now been pushed back to January 15th 2021 due to the national lockdown. Proposed by the chair of the Environmental Audit Committee Philip Dunne MP, the Bill seeks to provide an essential framework for water industry reform to end sewage pollution, restore England’s rivers and protect water users. Having supported the drafting of the Bill, The #EndSewagePollution coalition is encouraging the public to contact their local MP to support the Bill ahead of the debate.

The full report is well worth a read and can be found here.