German racing driver Mick Schumacher (son of the legendary Michael) and his British rival in Formula 2 this season Callum Ilott will make their Formula 1 practice debuts a week on Friday at the Nürburgring in the opening free practice session for the Eifel Grand Prix. 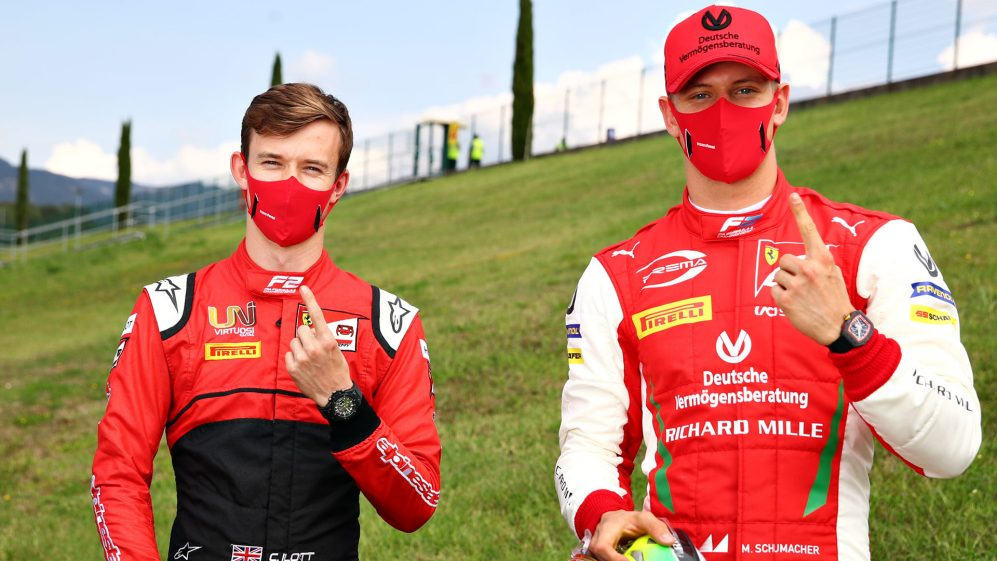 Mick Schumacher (right) and Callum Ilott are thrilled to be making their F1 practice debuts next week
Both are aged 21 and are members of the Ferrari Driver Academy. Schumacher will drive one of the Alfa Romeo cars, whilst Ilott will get behind the wheel of a Haas, each team being affiliated to Ferrari and using their power units.

Another member of the Ferrari Driver Academy who is also competing in Formula 2 this year, the 21 year old Russian driver Robert Shwartzman, will also get an opportunity to take part in his first Formula 1 practice session come Abu Dhabi in December. 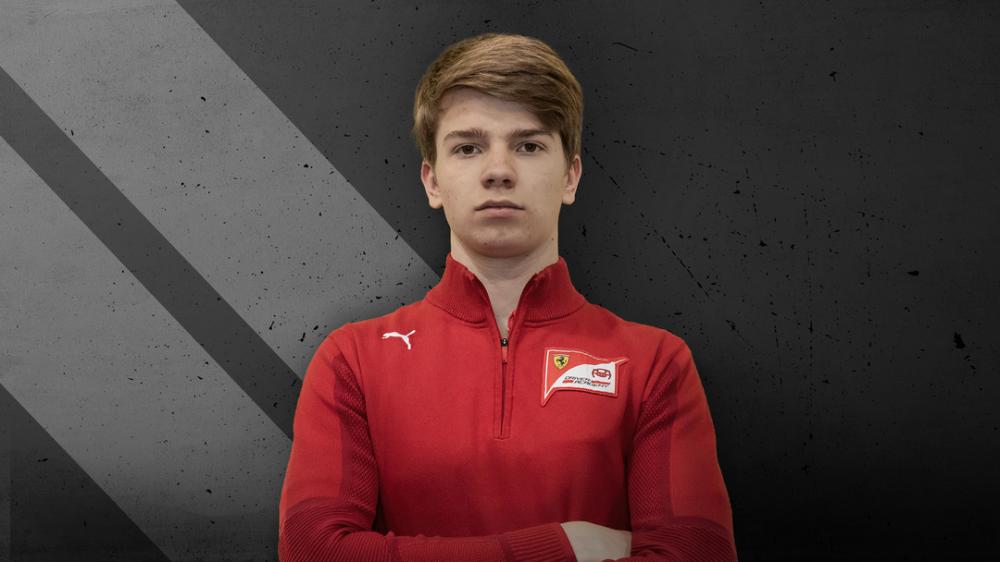 Robert Shwartzman will get his chance in December too
A thrilled Schumacher, who currently leads the Formula 2 championship 22 points ahead of Ilott with two rounds remaining in Bahrain, enthused “ I am overjoyed to get this chance in free practice and the fact that my first participation in a Formula 1 weekend will take place in front of my home audience at the Nürburgring makes this moment even more special.” The Schumacher name will certainly have opened doors for young Mick, but it also brings with it intense media scrutiny and high expectations.

To assist their preparations for their F1 race weekend practice debuts all three drivers are today at Ferrari’s Fiorano test track just across from the factory in Maranello, Italy driving a 2018 SF71H car. 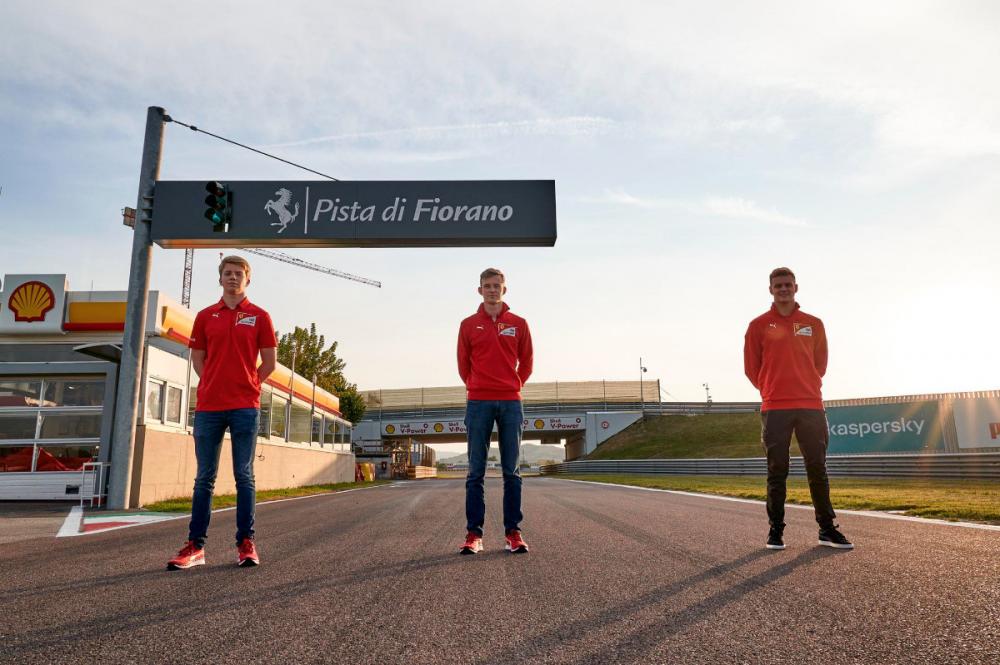 Shwartzman, Ilott and Schumacher (left to right) at Fiorano today to test a 2018 Ferrari F1 car
Let’s wish Mick and Callum well as they seek to impress in Germany next week and Robert too in Abu Dhabi. Formula 1 is always in need of high calibre fresh talent as we have seen in recent times with the likes of Charles Leclerc, Max Verstappen, Lando Norris, George Russell and Alex Albon breaking through into the highest level of world motorsport. Schumacher, Ilott and Shwartzman would love to fulfil their dreams of racing in F1 and all have the talent to deserve it if opportunities arise.