Sci-fi For Our Times: Rediscovering The Body Snatchers And Roadside Picnic 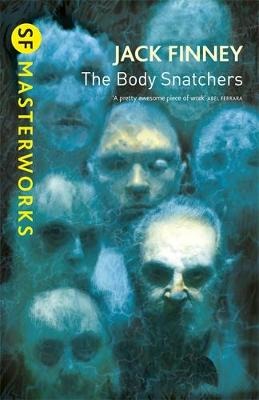 As I begin to come good on my reading commitments during the lockdown period, I’ve found myself dusting-off two gems of the science fiction genre, which have not only offered some much-needed escapism from a largely confined and sedentary state of existence, but also some surprising insights into my current experience of the pandemic.

Jack Finney’s The Body Snatchers (1955), though arguably now eclipsed by its numerous cinematic treatments, ostensibly portrays the alien takeover of a sleepy Californian town. Yet the takeover is very much depicted as a virulent pathogen at work, increasing its jurisdiction at an alarming rate. Within a matter of days, the fictional town of Santa Mira is taken over almost entirely, save for the protagonist Dr Miles Bennell and his old flame, Becky Driscoll. In practice the alien spores, or “pods”, parasitically feed on their hosts’ memories, whilst cloning their physical forms. The original host bodies then degrade. Also, like a virus, the pods serve no purpose other than to exist and propagate: “[T]he function of life,” states Miles’s recently supplanted colleague, Dr Kaufman, “is to live if it can, and no other motive can ever be allowed to interfere with that”.


Jack Finney
It was this notion of supplantation which first encouraged me to read Body Snatchers. It has been suggested that the novel was a political allegory for the communist threat, Hollywood blacklisting and McCarthyist witch hunts of the 1950s. Though the author denied any such political motive, the parallels are uncanny and permeate the text. The alien takeover, spreading person to person, household to household, is akin to the spread of a dangerous ideology – a kind of Trojan Horse infiltration, threatening small-town American life. The first case is raised by the character Wilma Lenz, who is adamant that her Uncle Ira has been usurped: “[H]e looks sounds, acts, and remembers exactly like Ira … But inside he’s different … [His m]emories are all in his mind … [b]ut the emotions are not”. Indeed, the pod people are dispassionate, sexless entities sharing a collective consciousness. It is this insidious erasure of personal identity in favour of a collective consciousness which emerges as the chief threat.

I began to experience some of this paranoia myself during the early days of the COVID-19 lockdown. Within the first week, as I ventured out-of-doors on my daily run, I started to detect suspicious glances from my fellow passers-by. As we cut each other a wide berth and eyed each other cautiously, it was then I was reminded of The Body Snatchers. Like Miles Bennell, I suddenly felt like an outsider in my own home town, fearing my neighbour lest he or she were one of them, one of the infected – a commie spy, a pod person! Possibly they felt likewise.

Arkady and Boris Strugatsky’s Roadside Picnic (1972), whilst similarly dealing with an alien theme, only focuses fleetingly on the aspect of invasion itself; instead dwelling on what the aliens have left in their wake, having briefly used Earth as a pit-stop. 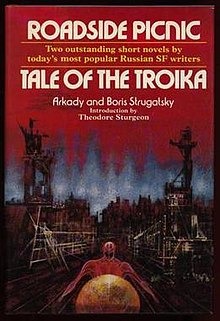 The area where the aliens touched down is referred to colloquially as “the Zone” or “Plague Quarter”, and has been cordoned-off by a military research institute. Opportunistic thieves repeatedly trespass into the Zone, plundering it for the miscellaneous paraphernalia and cast-off technologies the aliens had no further use for. These items are then fenced on the black market to nefarious collectors. The thieves return frequently for this lowly purpose, irrespective of the dangers within the Zone.

Indeed, a malevolent alien presence still lingers – an unknown, unidentifiable energy signature – and the Zone is effectively riddled with booby traps, hazards and pitfalls, which can spell either instant death or leave permanent damage. Nooks and crannies are steeped in a substance called “hell slime”, which appears to have the corrosive power of nuclear lava, and in one instance all but dissolves one smuggler’s legs. In other quarters there are pockets of concentrated gravity which defy the laws of physics, nicknamed “bug traps”. In one instance we see the protagonist, Redrick, throw a steel nut into the air by way of demonstration: “It goes up all right ... but halfway down it looks like someone tugged it off to the side, pulling it so hard that it goes right into the clay and disappears … as if it were a ten pound weight”. One particularly deleterious stretch is dubbed “the meat grinder”, where we witness one of Redrick’s companions lifted into the air and wrung-out like a dishcloth.

The Zone, therefore, has to be traversed, maze-like, by personages with especial knowledge of the region – guides who can successfully navigate the no-go areas and determine safe routes through the labyrinth of danger. Such individuals are called “stalkers”, hence the Andrei Tarkovsky film of the same name.


The Strugatsky Brothers
Of late, Roadside Picnic has been at the forefront of my thoughts, particularly when I head out-of-doors for a stroll. Nowadays, I realise I’m perpetually clock-watching for fear of outstaying my allotted quota for exercise. Certainly, I can cover a great deal of ground in a short space of time, but after an hour or so the valetudinarian part of me – the ever-worrying hypochondriac – takes hold and I become psychosomatically short of breath, believing at some point along the way I’ve been somehow contaminated, having perhaps strayed inadvertently into some tainted grid reference; as if that one particular copse, paddock or hillside track had been irradiated; as if the very blades of grass beneath my feet were saturated with poison. Yes, very dramatic. But, in a sense, going out of doors lately has felt like a very high stakes game of battleships. Sometimes, I can’t help feeling like I could do with my own personal stalker, to guide me safely through the green-ways and public footpaths of my former stomping ground. I can see him now, directing the way, landing his bolts like a trail of breadcrumbs, shouting “Not that way, keep away from that brook!”

Roadside is somewhat more forthcoming in terms of its sci-fi imagery than the Tarkovsy adaptation for cinema, Stalker, which appeared seven years later. They are two very different beasts. The latter is more of a sounding board for its central triumvirate’s musings on existentialism; the former has zombies and a wish-granting “golden sphere”! But both are well worth checking out!


Also by James Goodall...
The Digital Cage – What Price Progress In H. G. Wells’ The Shape Of Things To Come And Heather Child’s everything About YouWhat Is Alien? Bridging The Abyss In The Man Who Fell To Earth And Under The SkinOur Man in Havana: A Very Unconventional Spy StoryLockdown Discoveries: Character And Class In Jane Austen’s EmmaLessons From The Past: A Retrospective Of Mary Shelley’s The Last Man