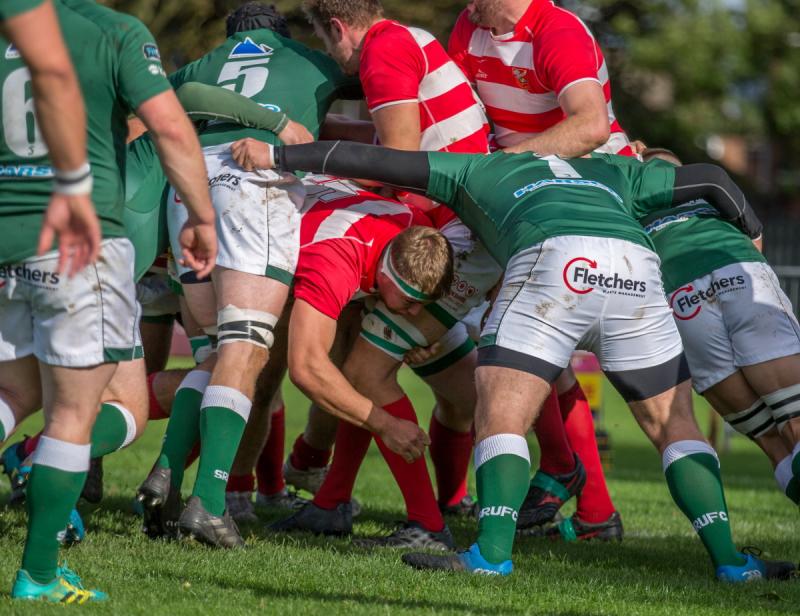 photo by Ro Burridge
Wharfedale supporters who watched the green shirts of Ireland going down to Japan on Saturday morning, may have worried that this would prove an omen for their own Green Machine’s visit to Scunthorpe in the afternoon.

Fortunately, since Scunthorpe also play in green, Wharfedale were obliged to don their change strip – of cherry-and-white. And for the second time in the day, at the final whistle it was the men in cherry that were making merry.

A Dale victory had not looked at all likely when, after only five minutes, Scunthorpe’s heavy pack rolled it’s way over from a lineout drive. That, though, was to be the home side’s last scoring action in the game.

The conversion was missed, and having given away a couple of early scrum penalties to the home team, from then on the Dale pack gradually asserted its authority. Mid-way through the first half Wharfedale were awarded a penalty try when a maul was collapsed on the try-line.

At the same time, Scunthorpe were shown the first of three yellow cards they were to receive during the match. 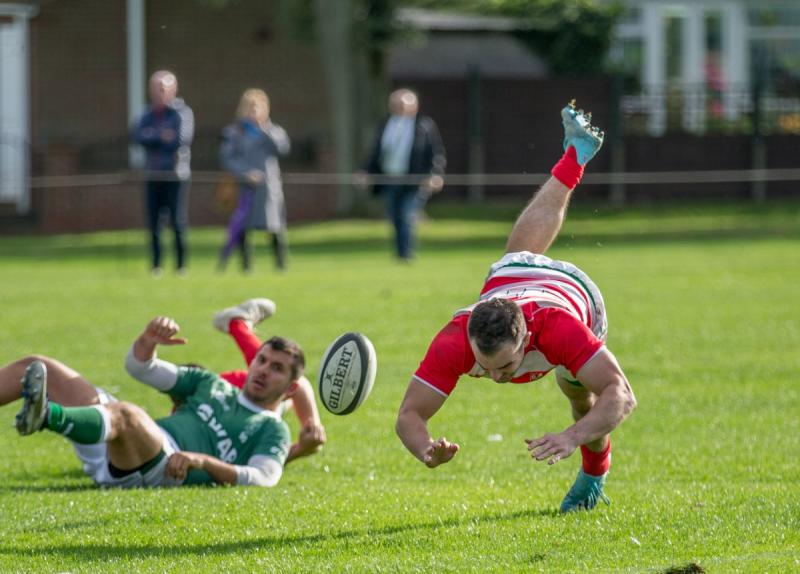 photo by Ro Burridge
The Wharfedale backs also began to show a level of creativity which Scunthorpe found hard to read. Occasionally this invention worked against itself – as when a try by the impressive Jamie Brookes was disallowed for crossing.

Wharfedale took a two point lead into the sheds at half-time, and came out determined to extend their advantage. On the back of the forwards’ growing dominance, Dale’s backs began to find holes in the home defence.

Oli Cicognini and Harry Bullough were at the heart of Dale’s ingenuity, and the pair combined brilliantly to score under the posts after 51 minutes. A successful Blakeney-Edwards penalty stretched Wharfedale’s advantage to 12 points.

Then, in the final act of the game, a deliberate knock on by Scunthorpe was adjudged to have stopped a certain score. A penalty try was awarded, leaving Wharfedale victors by 24-5.

Inevitably, it is the attacking play which draws attention. However, Dale’s defensive effort – from 1-20 – was every bit as good. In sum, although Wharfedale’s three tries left them without the bonus point, this was a welcome return to form after the disappointing losses of the previous two weeks. 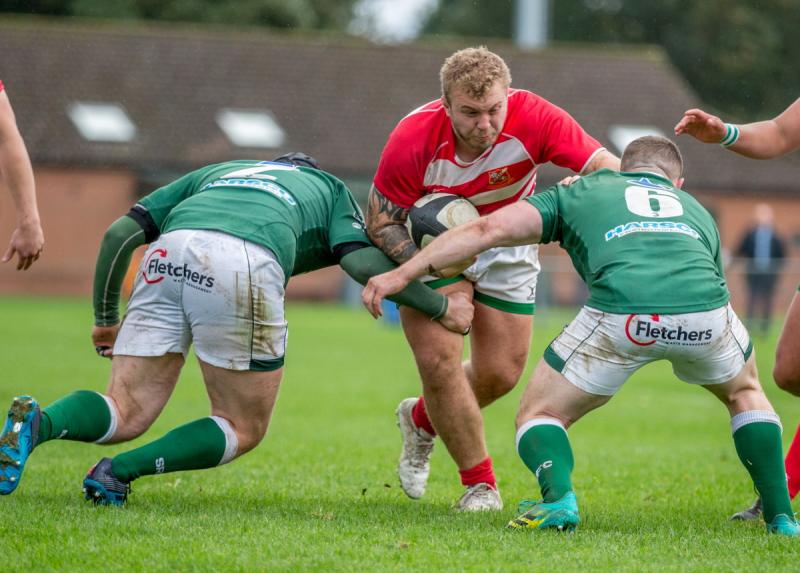 photo by Ro Burridge
After the game, coach Jon Feeley was happy on balance.
"First and foremost to get the win away from home was really pleasing. Teams will not find travelling to Scunthorpe easy, and that's their lowest points scored in a game so far this year reflecting how good our defence was.

"We dominated territory and possession, but are disappointed not to have left with significantly more points after creating several chances only to make simple handling errors.

"We've had a challenging time with injuries over the last couple of weeks but it's never been an excuse among the group, it's simply been an opportunity for leaders to emerge and they have.

"I thought the backs improved again, with Ben Blackwell and Jonny Moore in the centres providing a strong platform for players like Oliver Cicognini and Harry Bullough to work off, who were a constant threat all afternoon.

"Our forwards may have been lighter but their skills, running ability and tackling on the gain line were very good. They will have been very sore afterwards, but their effort was excellent and worth it."