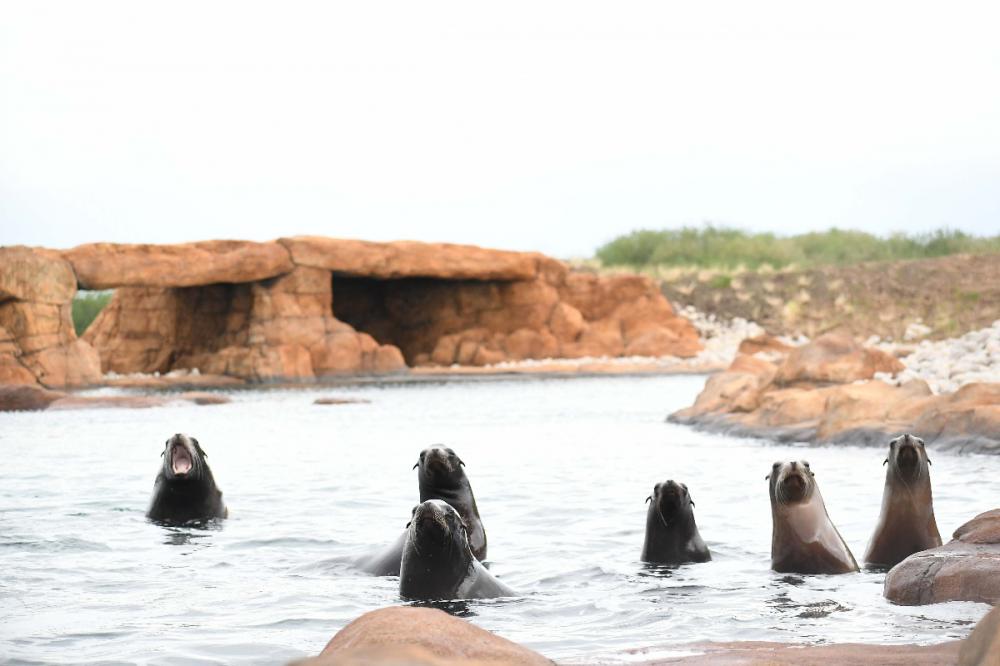 A new family of sea lions are making a splash as the newest arrivals at Yorkshire Wildlife Park, Doncaster.

The playful group are making waves with their antics at the new purpose-built dual lake complex Point Lobos, which is the largest filtrated sea lion facility in the world. This new signature reserve, an investment of over £2m, is a significant development in the Park’s expansion of the animal collection. 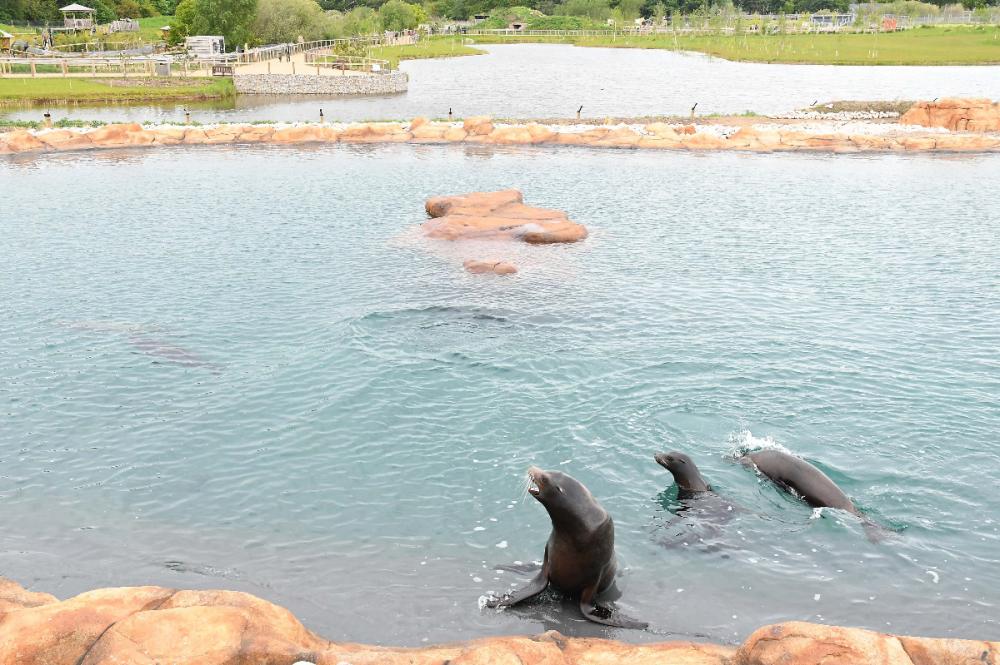 The spectacular main lake, which measures 70metres long and three metres deep, was filled with three million litres of water before becoming the playground of a colony of six Californian sea lions.

This is the focal point of the two-acre Point Lobos reserve which is now home for sea lion parents Dominic, Bailey, both 13, 12-year-old Lara and their little ones Hanno, 2, Oakley, 2-, and one-year old Maui.

They have been splashing around in the water, climbing up on the rocks and chilling on sandy beaches as they settle into their new home, which offers as much land space as water surface.

“The sea lions are such a joy to have around the park, they all have such lively characters and are naturally active and playful which our visitors will love,” said John Minion, CEO of the park, at Auckley, near Doncaster.

“It is an amazing new facility. It includes multiple different features and environments for the sea lions and their optimum welfare. This includes careful choices in the colour of the lake to make sure the sea lions’ eyes are protected from sun rays to real sea salt in the water. There is a combination of deep water for diving, wide expanses for them to swim and leap across and rocks and beaches for them to enjoy as they rest out of the water.” 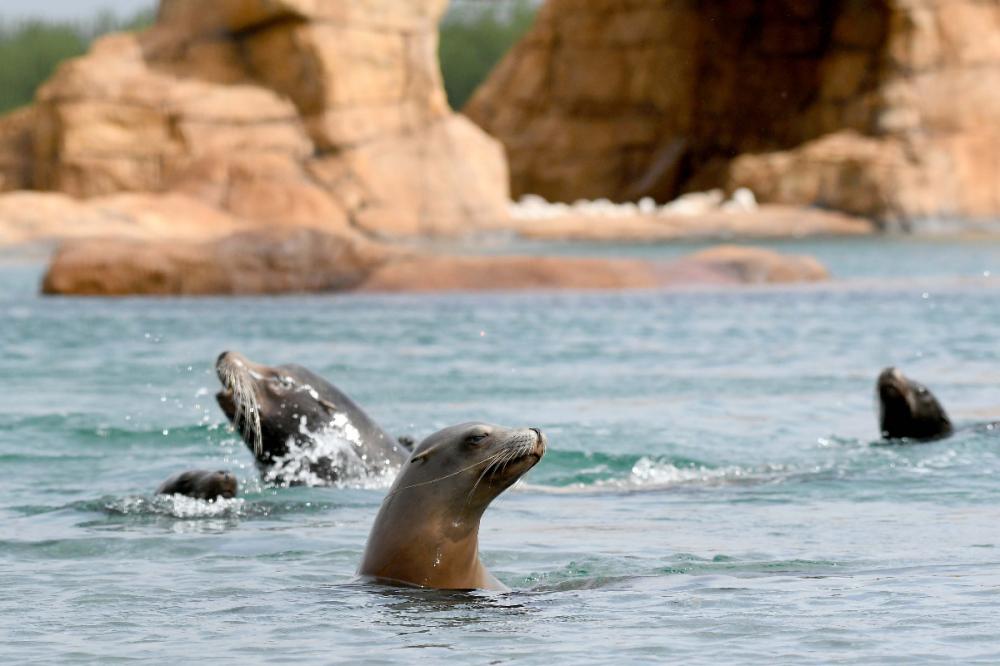 "This species of sea lion is fortunately not currently endangered in the wild, but its habitat of the giant seaweed Kelp Forests is under threat, which will also impact on other species of animals, birds and fish. Our sea lions will give us the opportunity to tell the story of what is happening in our oceans to our visitors and through our education programmes to the thousands of school children who come to the Park every year. "

The reserve was named Point Lobos after the protected marine reserve in California which means Point of Sea Wolves. Californian sea lions are also known in Spanish as "sea wolves" because of the sound of their barks. This is their only means of communication and they can produce the bark both above and under the water. Sea lions are extremely strong swimmers and can reach speeds of nearly 20 miles per hour in the water.

They are found mainly in shallower waters in the North Pacific Ocean where the cold-water streams mean there is plentiful fish, the massive underwater kelp forests provide protection and there are sandy beaches to sunbathe, rest and raise their pups.

It took over 3 million litres of water to fill the main lake. Yorkshire Water sponsored and advised on the logistics of filling Point Lobos.

The region’s water company was impressed with the new water efficient filtration system for the lakes which recycles the water every 2 hours. 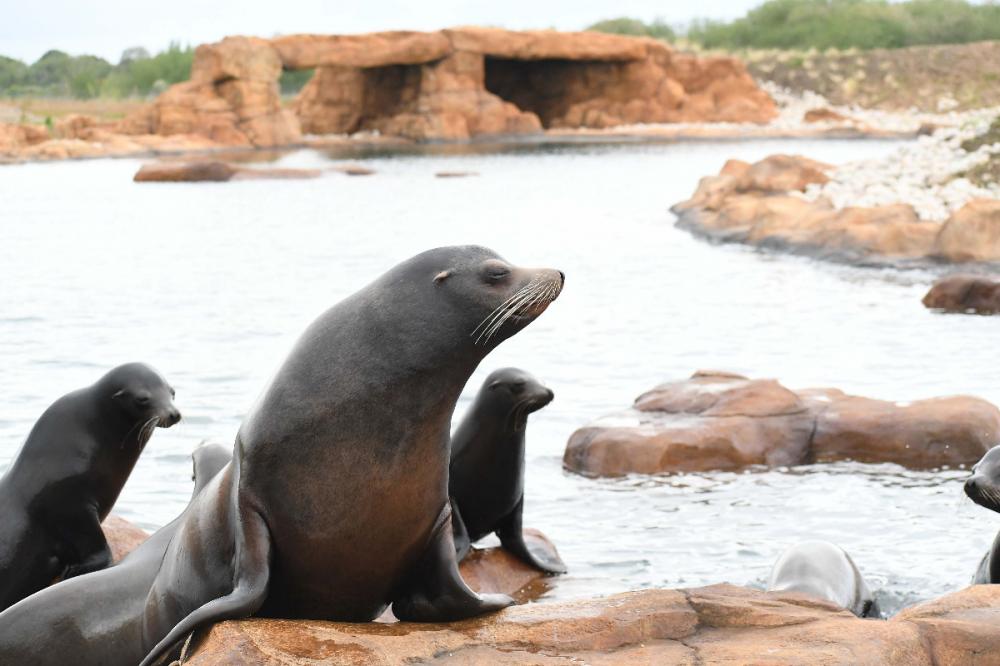 Of the enclosure, Yorkshire Water’s water director, Neil Dewis said, "We’re so pleased to welcome Dominic, Lara, Bailey and their pups to our wonderful region. They’re lucky to have some of the hottest real estate around, with all the mod cons they could dream of.

“Water efficiency is top of the climate agenda, and it is amazing to see Yorkshire Wildlife Park prioritise it in the new pool. As we head into the summer months it becomes more important to reduce water usage where possible in order to protect the environment and ensure there’s enough to go round.”