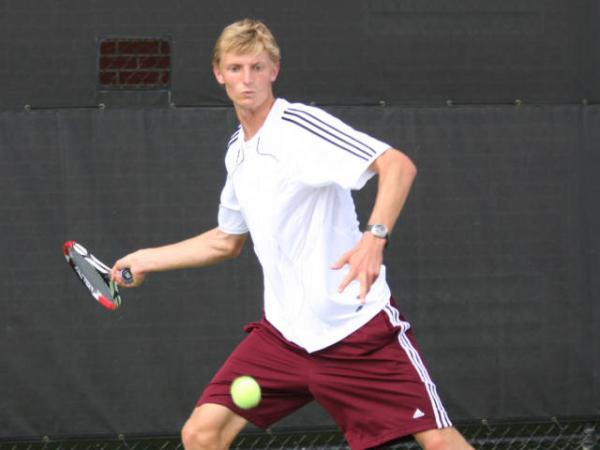 Coupland, who has shown promise in recent weeks while being handed some tough draws, finally caught a break against an out-of-form Neil Pauffley, defeating the third seed in straight sets, 6-2 6-4.

In an error strewn game from Pauffley, Coupland was able to capitalise with a solid game of his own, putting pressure on the Pauffley serve from the very first game and racing to the first set 6-2. A nervous Pauffley threw down eight double faults and gave away a whopping 11 break point opportunities throughout the match, just over half of which his Yorkshire opponent was able to convert.

On the other side of the net, Coupland remained calm and composed; although doubts may arise from the fact he was unable to save any break points on his own serve. It was only through a strong overall service performance throughout the game that he was able to ignore those particular qualms - for now at least.

Coupland will go on to face fellow unseeded Brit Robert Carter, who defeated the only remaining non-Brit in the draw, the seventh seeded American Tyler Hochwalt. Carter, possibly still on a high from his 6-0 6-0 victory in the first round, looked very impressive in his 6-2 6-2 victory, giving away just one break point and all-in-all playing some scintillating tennis.

In the bottom half of the section, the only seed remaining in this half of the draw after today is Ed Corrie, the second seed, but even his progress was uncertain for much of the game.

Despite the straight sets victory, Corrie was outplayed at times by his much younger and lower ranked opponent Evan Hoyt, who was able to take the first set to a tie break before capitulating under the pressure. It was Hoyt's inability to convert most of his 7 break point opportunities that really made the difference, with experience telling in the end.